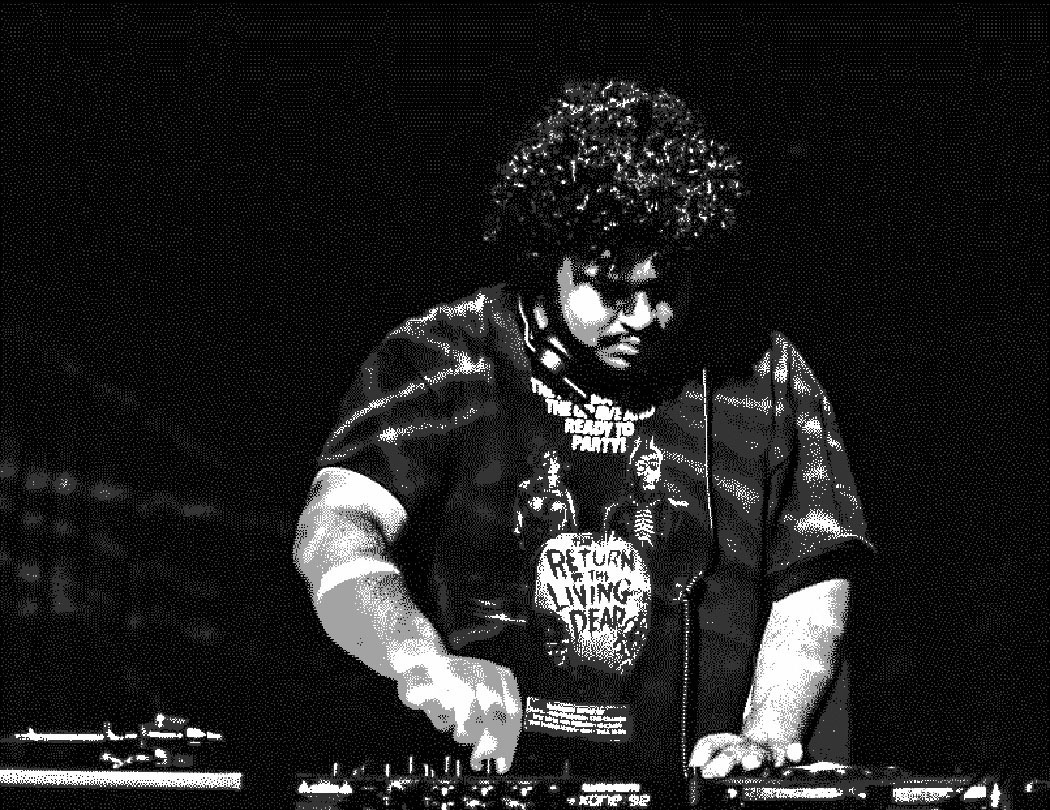 DJ Syndicator: Not Jaded, But in Love with Jade

A menace to society, a social biohazard, Julien, also known as Syndicator, is a DJ and producer living in a cave in Melbourne, Australia. Opening for acts such as Egyptian Lover, Lee Scratch Perry, Andrew Weatherall, Metro Area, Dj Godfather and producing his own music for years, Syndicator still lies outside the purview of most. Nonetheless, any exploration of his mixes or productions immediately illustrates the force that surrounds him.

For some, Melbourne isn’t the first place that comes to mind when you talk about DJing and dance music. For those unfamiliar, can you talk a little bit about the context there?

It depends how you define "dance music" and if that definition is limited to electronica. I can't speak at length about Melbourne as I grew up in Brisbane, but Melbourne has a rich tapestry of music history: The Little Band scene, The Crystal Ballroom, Ollie Olsen, Ash Wednesday, Informatics, the Melbourne rave scene (Julian Assange lol), FSOM, Voiteck, Black Lung, Meccanoid etc. Nowadays, there's a ton of young people making all sorts of shit.

Some of the locals from Melbourne I've been feeling of recent include... d'Earth, User, Body Maintenance, Other Places, Rings around Saturn, Heartical HiFi, Kloke, Nina Buchanan, Taipan Tiger Girls, Hideous Towns, Baby Benzo, Kirkis, Uva Ursi... I mean, there's all sorts of cool shit out there.

How has that context influenced your DJing and music generally?

I don't know, as I don't care too much about "context" so to speak. I like juxtapositions and wild disorienting shit that shouldn't work, but does. I like things that seduce you into a beautiful confusion.

If I dig something I'll like it regardless [of whether or not] there’s a scene or following for it. Fuck SoundCloud likes, social media and bullshit like that, I'd rather hear some random beautiful thing with no likes if it's got heart. I don't follow trends. Never have, never will. If something resonates with me, I don't care if it was made in a backwater town in Australia yesterday or in early 80s New York. 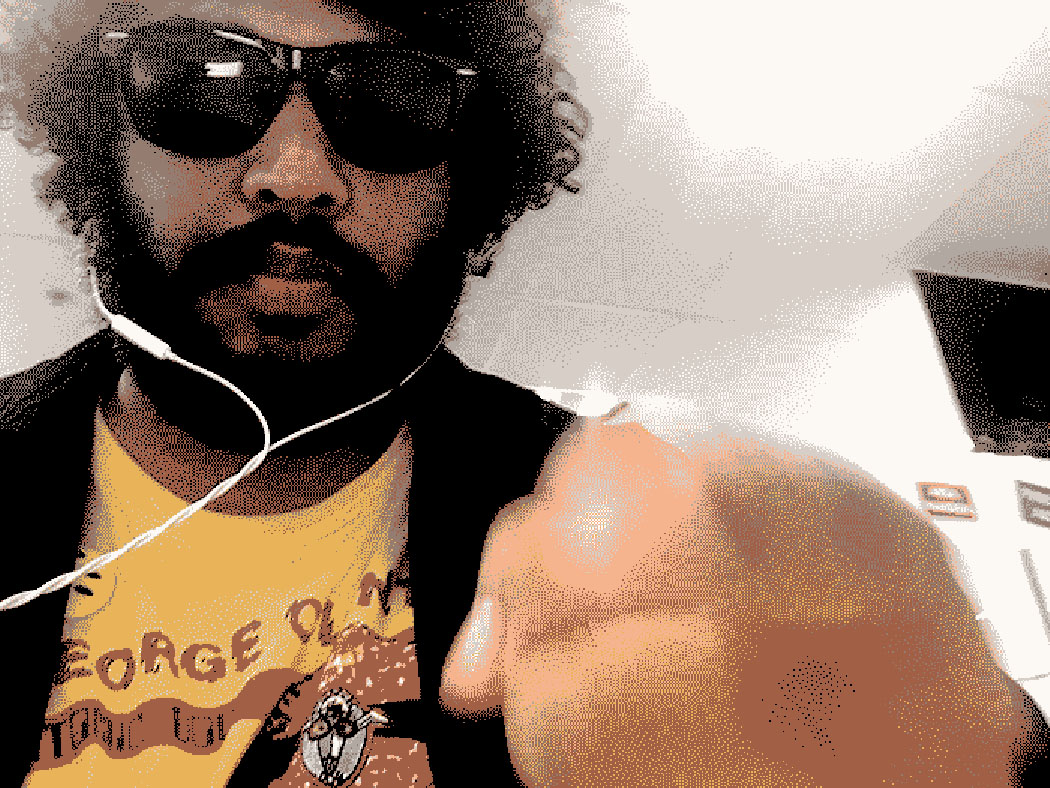 The styles of music you play are pretty diverse. What’s your selection process like?

I guess my selection process comes from my influences... the record stores and people I've met over the years. I don't really have a set “selection process” per se, I just play things I think are mutually beneficial and the rest comes naturally.

I was lucky enough to live in an era where large second-hand record stores were a thing, they weren't curated and priced by hipsters that follow Discogs trends, and the records weren't necessarily organised by genre. You literally had to listen to everything in the store to find out what it was and if it had something that resonated with you.

A few people of influence I can think of are Blunted Stylus, a graffiti writer and beatmaker from Brisbane who lived around the corner from me. He introduced me to many classic and obscure records sampled throughout hiphop; Kano, a DJ and writer from Adelaide with amazing blends, and probably the first DJ I heard with such an eclectic taste in music; Ben Osborne, Mark Briais and Hams, who all worked at a record store called Rocking Horse in Brisbane, which was the most iconic record store during my youth; E.Rinon, a mad-professor-type record collector with bizarre and outsider tastes who lived behind a petrol station in the sticks... and can't forget NHJ and Hysteric, both Cybernetic Broadcasting System freaks who I met via a love for the online radio show; Big homie Jay Simon (Must Have records), who’s been a great friend and musical inspiration over the past 10 years, and lastly, Gary Abugan from Invisible City and Tako from Music from Memory who’ve also been influential to me over the years. 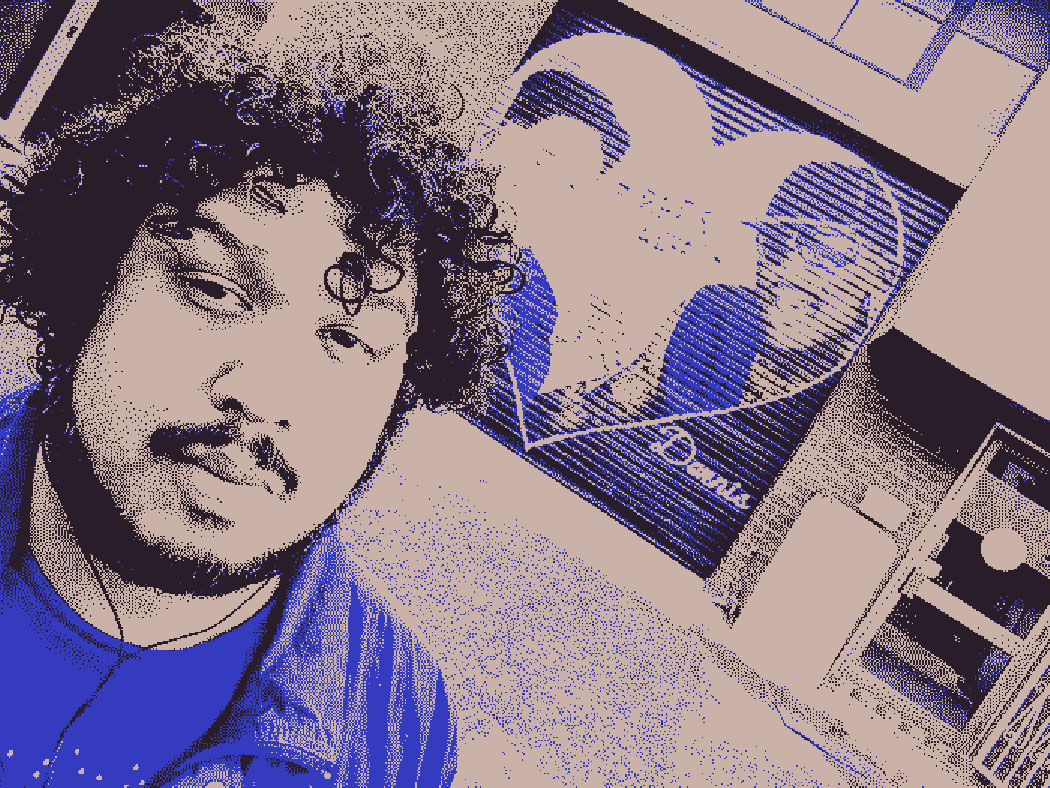 Can you talk about the mix featured here? You told me you don’t express interest in a lot of contemporary things but you are capable of loving things. How does that translate into your approach?

It probably ties into the previous question about context. In terms of contemporary things, I guess I’m not into the online oversaturation of everything. It's too much and there's a lot of garbage out there... it's like navigating the bog of eternal stench, you just hope some rocks of goodness pop up so you can make it across and not fall into an abyss of shit.

I guess I love when things that resonate with me naturally come along my path - it doesn't happen that often and sorry to anyone who I've offended because I didn't cosign your thing! Other people will and I guess be happy with that.

I know you have an array of unreleased productions of your own. Do you have any intent on releasing your own music any time soon?

Yeah I do. I've been asked by a few labels in my time to put out some music but have been really shy about it, and I'm probably, possibly, definitely, the laziest mother fucker in the universe. Labels like Must Have, PPU, Invisible City, Music from Memory, Superior Elevation, M-Division and Deep4Life have all expressed interest in the past... I probably should finish some music and send some demos out again.

What’s up with your interest in early 90s cyborg mutant films?

They're amazing. Everything explodes, the dialogue is so shit it's genius, the music is usually ominous and pretty rad, there's usually lots of nudity (who doesn’t like nudity?), they're post-apocalyptic - much like my faith in society. They've basically become my form of comedy/therapy.

Closing remarks? Anything you want to cover that we haven’t yet?

Charles Hellier is a musician, writer, and martial artist living in Atlanta, GA.