Psychic Surgery Natasha Young on the incestuous smallness of Montreal, and editing yourself DIY-style.

This Week in ACAB French police evict thousands of migrants from Calais refugee camp “the Jungle” who refused to relocate to new detention center-like camp. 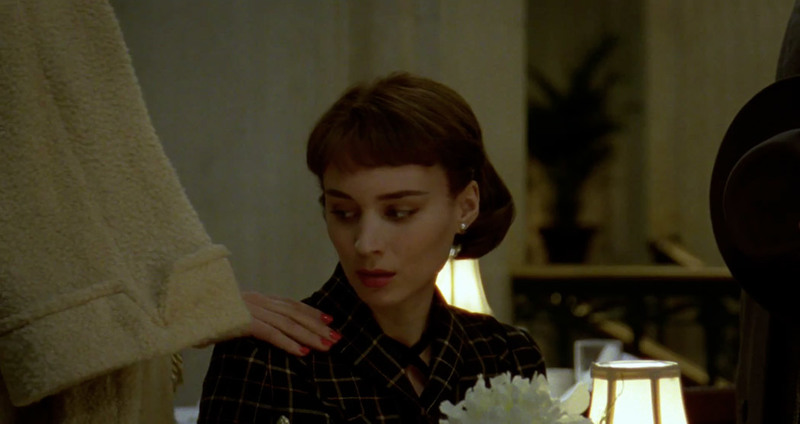 How to fall in love in the middle of winter.

It was all things. And it was one thing, like a solid door. Its cold sealed the city in a grey capsule. January was moments, and January was a year. January rained her moments down, and froze them in her memory … Every human action seemed to yield to a magic. January was a two-faced month, jangling like a jester’s bells, an old man, mysteriously familiar yet unknown, like a word one can almost but not quite define.

The chill and my pair of cold feet make it counterintuitive to think so, but January has been kind to New York. The tourists have returned the sidewalks to the strollers and commuters and, this year especially, the snow didn’t come until mid-month. In Central Park, where I take my lunch walks, the pond is frozen on the top and the wind rustles to make me feel I am running late for a meeting on a bench in a Cold War espionage film. I keep my head low. On the commute to and back from work, I start Patricia Highsmith’s Carol again, the novel more known as The Price of Salt and the original for a recent Todd Haynes film adaptation starring Cate Blanchett and Rooney Mara.

But Carol is not a book for the subway (the manuscript would not pass today’s editors’ test as something that thrills them into missing their subway stop). The simplicity of its drama – girl, Therese, falls in love with woman, Carol – couldn’t compete with the irritating non-drama of the train car where there is always one element, no matter how small – a jerky stop, a mindless shove, someone’s breath on your hair – to make the ride uncomfortable. In fact, the austere perfection of this paperback intensifies everything that is unpleasant about the world outside of Therese’s head, which is feverish with love and violent with anxiety. The drama of Carol is what happens between glances and on long drives. It’s the way the light falls just so after breakfast and the glimpse at the fabric of someone’s coat-lining, revealed to be in an enviously rich shade. It’s the drama of details, in other words, which is also to say the drama of falling in love.

Only, falling in love seems more often a warm-weather specialty. To set it in motion in the thick of winter feels more dare than challenge, like taking up jogging when it is -3 celsius. How would it last? The novel begins when Therese, an aspiring stage set designer, starts a job as a department store sales a little before Christmas – around winter solstice then, the shortest day of the year and the center-part of winter. Then January comes right in the middle of the book, a new year for everyone and a second life for Therese. The season is like the dome of a snow globe that preserves the characters in their perfect posture. It is harder to tell what is all the fidgeting under a thick coat, let alone inside the head of a perfect coiffure disappearing behind a door. (From the beginning, I had pictured Cate Blanchett as Carol.)

Highsmith’s biographer Joan Schenkar had said this of Highsmith: “In order to understand Pat, you have to be able to keep two contradictory ideas in your head at the same time – as well as two contradictory feelings in your heart.” More than anything, Highsmith is deeply aware and even moved by the schizophrenia that propels even the most quiet everyday life: the astonishment of bliss and its simultaneous death wish. Carol’s sexually ambiguous and socially indifferent posture plagues Therese as the lover and Therese reacts to it with such casually fatal promises. During an outing with her nominal boyfriend Richard and Carol, Therese frets as the sun lowers: “If Carol had to go home now, Therese thought, she would do something violent. Like jump off the Fifty-ninth Street Bridge. Or take the three Benzedrine tablets Richard had given her last week.” We make threats like these to ourselves all the time. There is no shortage of reminders in Carol of how life is often an onion layer away from horror and despair: Therese could say no one day and Carol would simply walk away and it would make no difference to her. How feeble is our language if the intensity of these moments immediately resort to banal hyperboles, which surely, we mean at the time?

At the same time, you can’t picture Therese flinging herself on a bed in exasperation like a melodrama heroine. I had imagined Carey Mulligan as Therese, but now I see how Rooney Mara’s Therese has defined the character with precocious agency (whereas it would’ve been too easy to trap Carey Mulligan in a lesbian An Education). Inexperienced and eager, Therese collects images of love that make her prone to both going reckless lengths and an awareness of control and boundaries  – what to look at and when to look away. This is why the novel is named after the object of affection, Carol, instead of Therese, because it is about Carol to the extent that we become as infatuated with and frustrated in figuring Carol as Therese is. Once, in a restaurant which gives Therese headache, “it was annoying not to know if one were looking at a real person or at a reflection in a mirror.” The next moments fan out masterfully in a tableau like the geometry of Brassï’s Lovers in the Italian Quarter:

“Therese stared at a man in the mirror that was set obliquely behind Carol. His back as to Therese… she looked at the thin, middle-aged woman he spoke to, and back at him, wondering if the aura of familiarity about him was real or an illusion like the mirror, until a memory fragile as a bubble swam upward in her consciousness and burst at the surface. It was Harge [Carol’s soon-to-be-ex-husband]. Therese glanced at Carol, but if Carol had noticed him, she thought, Carol would not know that he was in the mirror behind her. A moment later, Therese looked over her shoulder, and saw Harge in profile… Carol must have seen him, only three tables away to her left… Then Therese saw Carol mash out a long cigarette…Therese was looking at Harge the moment he saw Carol.”

One way to fall in love is by paying attention, and so Carol is also a catalog of things one pays attentions to when in love. It seems funny then – and I am not embarrassed to admit – that the first time I read the book, three years ago, on recommendation by a friend, I did not realize the nature of Therese and Carol’s relationship is romantic until Richard accuses Carol of being a sexual predator. I had taken Therese's infatuation with an older woman for granted, since after all, my friendship and discipleship with the intellectual godmothers in my life have been some of the most formative relationships and they often began accompanied by a degree of affective fascination from me. I thought I had struck gold when Carol asked Therese to coffee for the first time: finally, a novel about a beguiling mentorship, “flung out of space,” between a younger and older women not related by blood. Still, by the end, I didn’t feel so much betrayed as I wondered at my own naïveté.

The astonishment of Carol when it was first published in 1952 as a pulpy romance under the pseudonym Claire Morgan was that in an era when homosexuality was seen as a disease, it was the first novel about homosexual women with a hopeful, if not definitively happy, ending. Its paperback sold almost a million copies, but Highsmith had stayed away from association. It was not until 1989, almost 40 years later, that Highsmith came out with an afterword in a revised edition that mentioned the feverish episode in a department store that led to the first draft. The book is still a unicorn among her more well-known, murderous Strangers on a Train and The Talented Mr Ripley. Even the only allusion in the novel to its original title, The Price of Salt, sticks out like a sore thumb.

I went back to look for the first sign of love and was lucky to have found it: Therese meets Carol for the first time when Carol is shopping for a doll for her daughter Rindy. At the counter, Therese glances at Carol, “and the sensation returned that she knew her from somewhere, that the woman was about to reveal herself, and they would both laugh then, and understand.”

In Highsmith’s own words in the novel, “a classic is something with a basic human situation.” Sometimes I think Carol is the happiest living in an oversized coat pocket on its way to the first spring walk in the park.