Five times major award ceremonies were snubbed: We did some digging to see who hasn’t been so into the red carpet march in the past.

This Week in ACAB Cop gets beat up outside a Berlin squat; 500 police raid in retaliation. 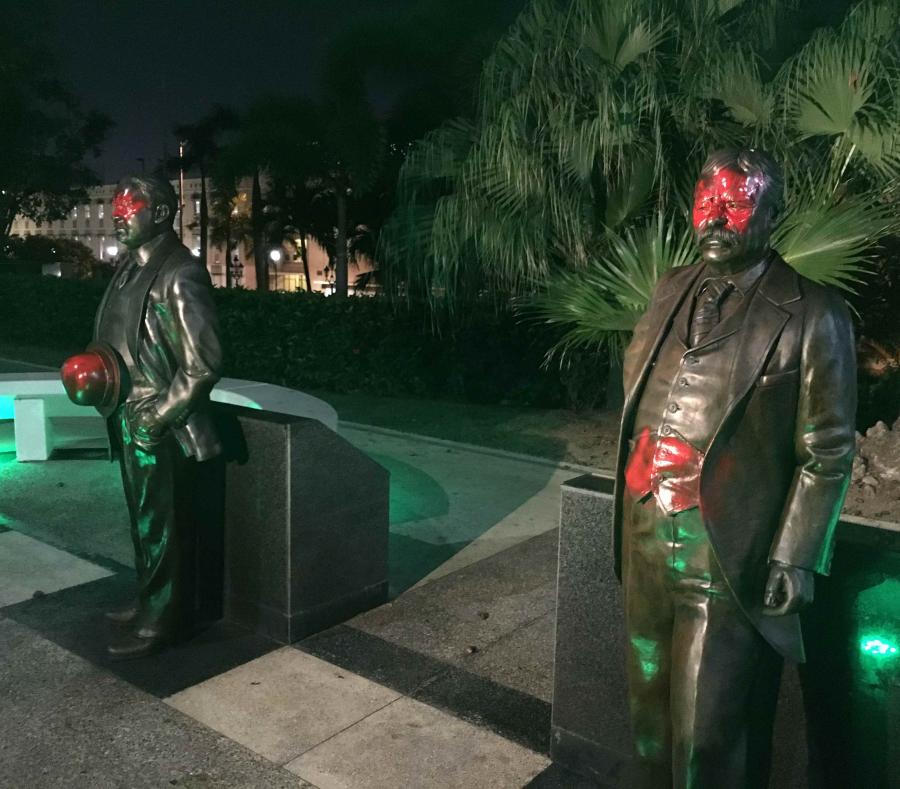 Statues of US presidents vandalized in the Capitol of Puerto Rico

Four paint jobs to inspire deviance, and let 'em know we won't go without a fight.

Cops, presidents, historical heroes – we don't need any of them. From diapers to burning flags to Christmas ornaments filled with paint, people are already sending them the message loud and clear this year. So, if you want to join in making 2016 the year of wreck-n-ruin, here are some recent paint jobs to inspire you:

The new Uber building in Oakland got hit with some classic #FTP and anti-gentrification graffiti last night, according to @DaveId.

Also at the scene were fliers reading:

"Uber is just one of the monsters threatening our homes and livelihoods. This action alone won’t stop all the brutal displacement and criminalization. But we hope it sparks a more persistent and unrelenting attack against these vicious capitalists. Because we won’t be thrown outta the town without a fight."

2. Diaped Up and Dripped Out

On Tuesday, January 12, in the south wing of Puerto Rico’s Capitol building, four statues of American presidents were found decked out in disposable diapers, black garbage bags, faces covered, and bodies splashed with red paint. “Asesinos” (murderers), appropriately, was spray painted on the floor alongside.

On the morning of January 11, in advance of a planned birthday celebration of Canada’s first prime minister Sir John A. Macdonald, the event organizer and a local member of parliament awoke to find their cars covered in red paint, and in at least one case, the tires slashed and a Canadian flag burning beneath the vehicle. “For safety reasons, I had to pull the school choir,” said the organizer.

During the event itself, Idle No More activists gathered to condemn “the annual celebration of MacDonald as a historical hero and to deplore the continual legacy of his genocidal policies.” After giving an address denouncing MacDonald as “the father of apartheid” in Canada, protester Beth Newell “stuck a knife through the paper from which she was reading and plunged it into the chest of a Sir John A. Macdonald figure that was hanging in effigy, a noose around its neck. It was later set on fire.” Bravo.

In Bloomington, Minnesota, a community college professor was convicted for spray painting “perv” and “scum” on the outdoor signs for River Bluff Dental, owned and operated by killer dentist Walter Palmer, of dead Cecil the Lion fame. 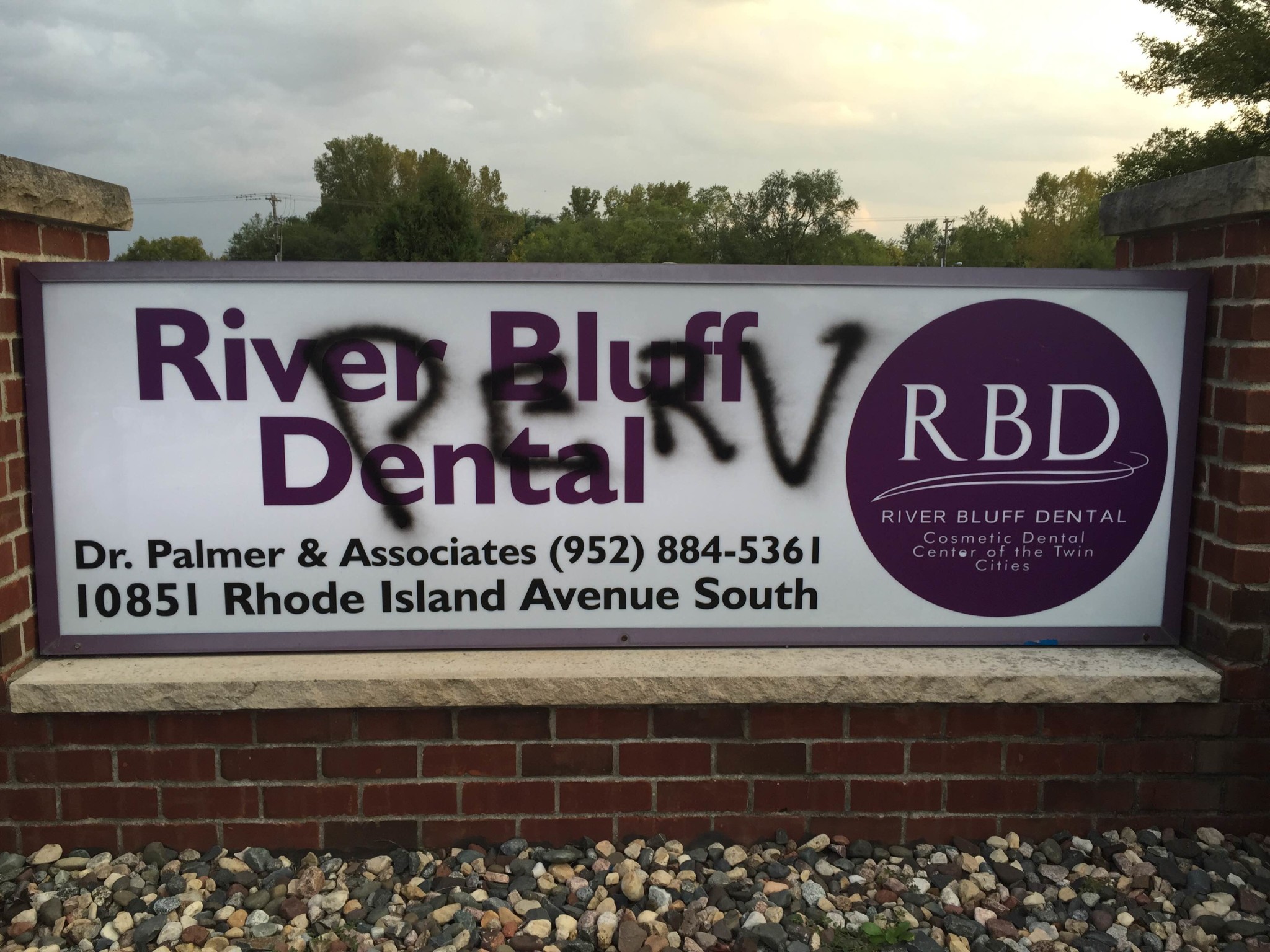