Sick Woman Theory For those who were never meant to survive: because this world was built against their existence.

Paint The Town Red Four paint jobs to inspire deviance, and let 'em know we won't go without a fight. 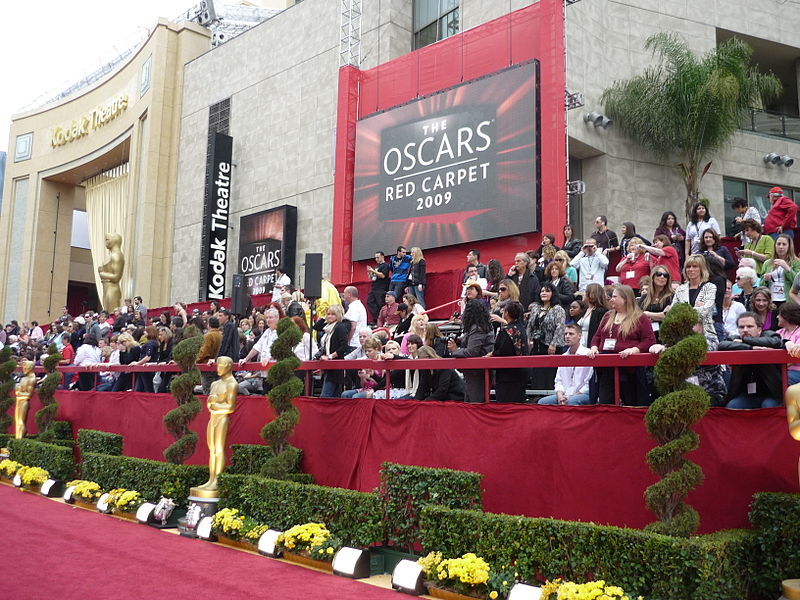 Not everybody is keen on the red carpet march...

As award season is in full swing, lots of films and albums we hate (and some we love) are up for nomination in this massive infrastructure of power. We did some digging to see who haven’t been so into the red carpet walk in the past.

Don’t sleep on the many times artists have called ‘bullshit’ on the whole award ceremony thing. Here are just a few times it’s happened:

Today, Jada Pinkett Smith released a video in honor of Martin Luther King Jr. Day, calling for people of color to divest from the Oscar’s, and build their own thing. Jada said:

“I can’t help but ask the question, is it time that people of color recognize how much power, influence, that we have amassed, that we no longer need to ask to be invited anywhere? I ask the question, have we now come to a new time and place where we recognize that we can no longer beg for the love, acknowledgement or respect of any group. That maybe it’s time that we recognize that if we love, and respect, and acknowledge ourselves in the way we are asking others to do, that that is the place of true power. I’m simply asking the question. Here’s what I believe: the Academy has the right to acknowledge whoever they choose. To invite whoever they choose. And now I think that it’s our responsibility now to make the change. Maybe it is time that we pull back our resources and we put them back into our communities into our programs and we make programs for ourselves that acknowledge us in ways that we see fit that are just as good as the so-called mainstream ones.”

You can watch the video in full:

Jay Z in 2002 boycotted the Grammy’s after the awards committee snubbed DMX’s album ... And Then There Was X. Jay said:

“I didn’t think they gave the rightful respect to hip-hop. DMX had an incredible album in 1999. He didn’t get a nomination. I was like, ’Nah, that’s crazy.’”

Irish recording artist Sinead O’Connor boycotted the Grammy’s ceremony and refused her award for Best Alternative Album. Notably, she did attend and perform at the awards ceremony in 1989, perhaps to see what all the fuss was about, and finally landed that the whole thing was nonsense elitism. She said:

“I think one of the ways the industry encourages commercial success and materiality is by having award ceremonies which very much honor those who have achieved commercial success rather than people who have told the truth, pass information to people, or inspire people.”

You can watch the video in full:

Public Enemy came out in support of Russell Simmons after he said that the awards ceremony was “the same old broken-record snub of inner-city contributions to the music industry.” The rap group followed suit and also boycotted the awards.

Marlon Brando won Best Actor for his role in The Godfather, but did not attend the ceremony, instead, he had Sacheen Littlefeather attend, go up on stage, and refused the award over the ongoing mistreatment of Native peoples by Hollywood. At the podium, Sacheen said:

“[Marlon Brando] very regretfully cannot accept this very generous award. And the reasons for this being are the treatment of American Indians today by the film industry – excuse me – and on television in movie reruns, and also with recent happenings at Wounded Knee. I beg at this time that I have not intruded upon this evening and that we will in the future, our hearts and our understandings will meet with love and generosity.”

You can watch the full video:

The full speech was later published in The New York Times.

Whether or not there is a full-on boycott, here’s to giving power the cold shoulder, and there is lots more where these came from.