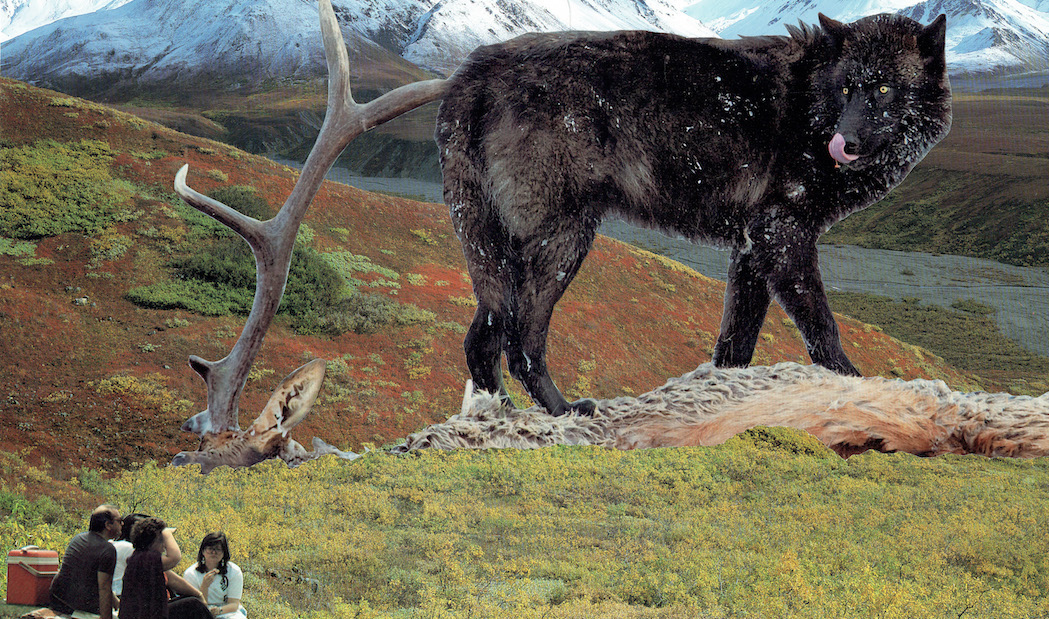 The Rewilding of Dreams

Wild animals take over the cities, and they take over our dreams. What does it mean?

I started a collective Google document where people could write down their dreams.

This was partly inspired by a friend of mine, who used to run a Tumblr called “cheese dreams”. Cheese is thought to be a stimulant of either even sleep or crazy dreams because of the essential amino acid in milk called tryptophan. Dreamers would record the cheese they had eaten before sleeping, along with the dream, which they would send to my friend Sam. We wanted to see if different cheeses would affect the intensity and tone of sleep and dreams. I noticed that the people initialed on the document, including myself, would dream of each other. RL would dream of DH, DH would dream of LR, LR would dream of DG. Cheese dreams was a project shared between a close group of friends, and our fantasies and jokes were sometimes legible to each other.

With my new COVID-19/Coronavirus dreams document, I decided to make it more open: people could upload their own dreams, anonymously, specifying their conditions of confinement, on what night they dreamed, and sign with an initial or pseudonym. There’s just a few rules - don’t edit or delete with anyone else’s dreams, and only share the document with people who will actually write down a dream. I want to preserve the intimacy of the document: people take a risk and expose themselves sharing these dreams, and I want to maintain some kind of exchange. Its epistolary form allows it to happen during confinement.

However, I do want to identify whether or not
1) legible signs of confinement and quarantine work their ways into our dreams and;
2) whether, despite the fact we are physically separated, we dreamed of similar things. 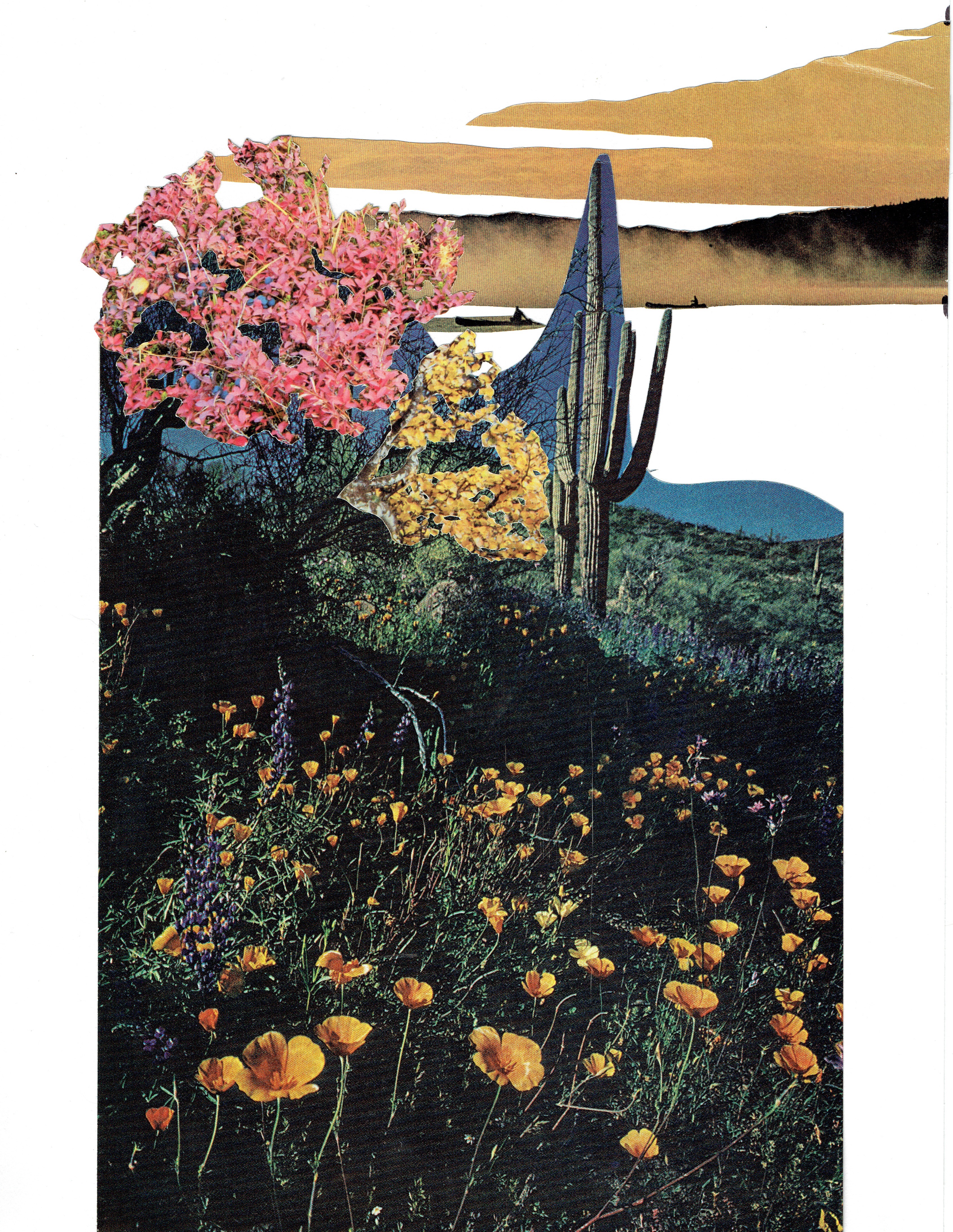 Confinement, quarantine and social distancing do seem to work their way into the dreams document. We dream of people we miss, we dream of fucking people we are far from, of stealing their babies, of looking after them, of endangering them. We dream of missing planes, breaking quarantine, getting siblings out of jail, getting sent to jail. People dream far beyond the walls of their confinement. Although any analysis at this point seems impossible, and might also break the intimacy of the document, I have been tempted to make lists of the phantasmagoria of the dreams. While these lists are not analysis; by juxtaposing similar objects, anxieties or themes, the suggestive forms emerging out of the placing together of similar of conflicting images may give us another form of an “unconscious”.

Domestic, wild and fantastical animals have made cameos into the first two weeks of dreams. To put it romantically we could say that the dreams are being “rewilded”, as if our dreams were an urban/industrial landscape that had been desolated and then repopulated with dangerous or vulnerable beasts. But I don’t know which animals people were previously dreaming. As manifest content, they might speak to something outside which we have, at least for now, lost access to; or indeed to the fear of that outside (movement of the virus, contagion and microbiology). They echo videos of wild boar ambulating in a deserted road in Bergamo, Italy, deer taking over the suburbs, and goats running amok in depopulated British towns. Many people have described hearing birdsong longer into the night, just after the pandemic had been announced.

Various journalists and Twitter commentators have speculated on the “positive effects” on the planet of Covid-19: coral reserves rebuilding themselves, the ocean repairing, reduction of carbon emissions. I think these rejoicings could border sometimes on obscene, necrophilic. Let’s be attentive! Too far down this overgrown path, and you’ll find yourself in Goya’s Disasters of War wanking over eco-fascism and celebrating the life of the tree over mass death, misery, poverty, hospital failure, and a virus which - although it “doesn’t discriminate”, certainly will make its kills in terms of race, class, age and (dis)ability.

Let’s have a look at how animals have rewilded, or wilded, our dreamscapes in the first two weeks of dreaming under confinement:

A woman erotically rips out the entrails of a live “bird of uncertain petrol coloured plumage”, whilst inside a hospital/university people are being murdered in their beds [RL, Berlin]. Another dreamer is visited by a bird that she thinks is a pigeon, but as she approaches “she realizes “it is actually a big, beautiful tropical bird, like a Macaw with a long blue tail.” [IX, Paris]. Just like the Macaw appears, surprisingly, in what is presumably a city (as defined by the expectation of the pigeon), in other dreams, threatening wildlife comes dangerously close to domestic life. In a dream overrun with anxiety about an asthmatic father: "There are wolves on the neoclassical patio” and the dreamer has shut her mother outside with them [RL, Marseille].

Animals are new life, giving birth repulsively, sexually. The dreamer notices this suckling cat and then it becomes a conversation piece between her and the bourgeois couple she so much wishes to seduce:

"I get closer and I realise it’s a cat lying there, with fifteen or so little heads of cats in the hollow of its belly, like a bunch of grapes. They’re in a kind of transparent pouch, as if they have just been born, and at the same time seem to be suckling. “ [AO, France]

People watch animals moving as they cannot, while they themselves move “like crustaceans”. Sea life is anthropomorphised: "a giant squid and her human parent. she had just won a contest for best looking squid in the ocean” [JH]. Inanimate objects transform: "floating letters which changed to fish” [DN, Berlin]; and even the totems someone has collected for their quarantine have some degree of animism: "I took with me the things that truly contain life, the right things, and I installed them in a perfect constellation for them to come alive.” [EK, Ljubliana]

Animals echo the announcement of pandemic: "I hear on the news there’s a snake on the loose. (I don’t remember which species, but it was specified in the news broadcast.)” [BC, Geneva]. There’s a lot of guilt. Animals themselves are sick, apparently affected by the virus, omens or carriers: "dead squirrels that became leaves” [RL, Paris], "dirty, ugly, sick fishes” [IX, Paris], "It is a strange horse I say, something is off with its mouth, its shorter” [ATZ, Paris]. They are undergoing eugenicist experiments: "I dreamt I was measuring the distance between a dinosaur’s thumb and index finger” [KL, Brechin]. The dreams fill up with domestic animals’ corpses, neglected and contained:

“I got the doorman, an imposing man in a long robe, to open the apartment and found cats inside. They had been locked in by the owner of the apartment, who had left them to die. They were mangy and scabby.” [PG, Cairo]

“a dead cat was stretched out, its eyes open but as is the way of dreams, I knew it to be dead. It was not the cat that was lying beside me in my wakeful darkness.“ [anonymous, somewhere in the French countryside] 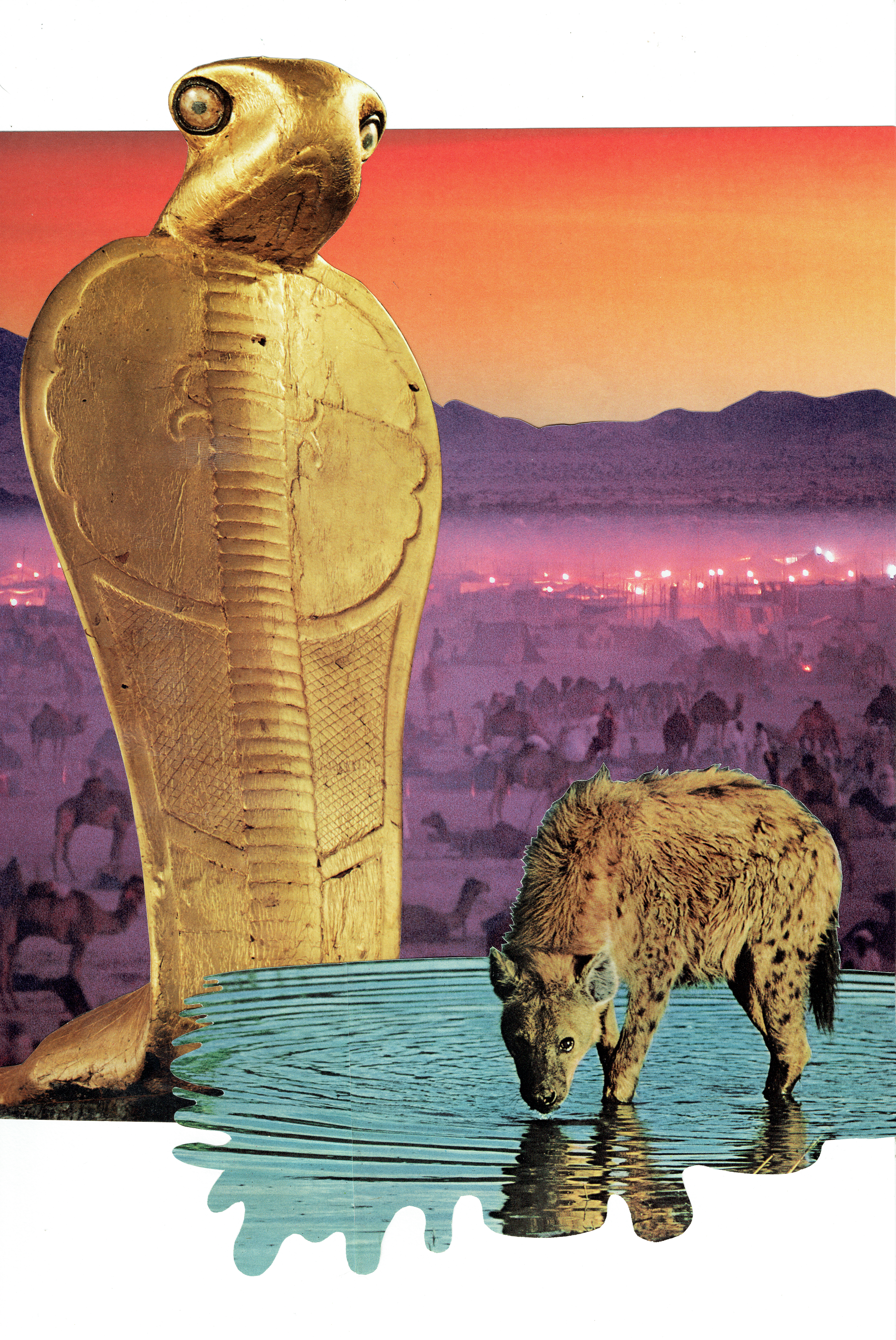 Dead animals in the form of food are the carriers of disease: "It is not safe from the virus - the whole chicken and rice has been cut in half down the middle in the plastic wrapping it is in, and so one side of it is exposed to the air.” [RL, Marseille] Diseases are named after mice: "she had finally been diagnosed with itchy-mice”. Or they might outlive us: ”I had an immortal dog” [ATZ, Paris]. We seem to feel responsible for their demise: "I have a new pet lizard, having killed accidentally my first one. It’s mostly bright green, with red flanks and a bright yellow head where the scales widen and spread out into full cheeks. Its eyes are jet black but warm and have the shape of shields. My first lizard was drab, unaffectionate and died of starvation” [RG, Paris]. We want to rescue them but they become repulsive:

"Second part of the dream was seeing a tail coming out of my bathroom sink. I panicked and thought it was my friends dog Imani and so ran to rescue it. A lot of wriggling and fishing went on. The water was going too and I was worried it would disappear down the hole forever. Finally I grabbed its tail and pulled out what appeared to be a rat” [OS, London]

We are terribly anxious watching them fight. The first rodents are in an organised, jiu jitsu style fight, whereas the second are engaged in a dreadful familial oppression: “Suddenly, another pair of mice are fighting much closer to me, on the edge of the counter. The first pair are in the corner near the oven, this pair on the edge of the sink. Unlike the first pair of evenly matched contenders, these two are unevenly matched, and I have the sense that the fighting is a vicious contest between a parent and their child. I look over to the oven, the two are still wrestling. I look back, and the larger mouse is tearing the smaller mouse into pieces in a cruel assault." [MC, Atlanta].

In another dream, the dreamer worries about a fight between weak and strong animals, making for an eerie corporal fascism: "they are worried that the weasel might attack the injured white horse… All of the other animals, also scared of the weasel, hurry behind the healthy horse which, like Mohammed had foreseen, creates a very majestic standoff. The weasel leaves.” [ATZ, Paris]. In another dream, the relationship between a town under siege from a zombie epidemic and a coming fascism is appears in relationships of petty thugs to animals: “After, jock boys, “protecting the town” (I mean, they were, but it was also an image of fascism), were slinging foxes off the city limits (a kind of Edinburgh like hill)”, and while “My dad said he wouldn’t wait for Julien Coupat", the poet LR is considered a suitable leader because she is attentive to animal life, “she was the leader of the fighting dogs I guess” [RL, Paris]. Image of aristocracy: "Boris Johnson riding a wild boar” [LAG].

We ourselves try to dominate them, order them amongst chaos: "Madison is inserting small clams into the crevices between rocks” [RL, Marseille]. Animals are superegos, disapproving. In this dream they take over from the police chasing the near-naked swimmer: "There are also big fish floating around. Many of them. I think they’re dead. I’m not afraid at all, even though they are big. Suddenly one fish starts looking at me, its eyes suddenly bright with life and intent. I realise they’re not dead. One fish starts chasing me.” [CT, Paris] One cat is a brave comrade, albeit one who breaks safety regulations: "a large black cat that I know appeared like a solidifying mirage, marched up to the cops, and spat on their helmets” [LX, London] — a wish image? Domestic animals seem to stand in for ourselves, our anxieties of social interaction under social distancing: "My ghost dog had issues interacting with live ones” [ATZ, Paris].” “Everyone has died, the world is empty, I walk the dog.” [R, Palermo]. 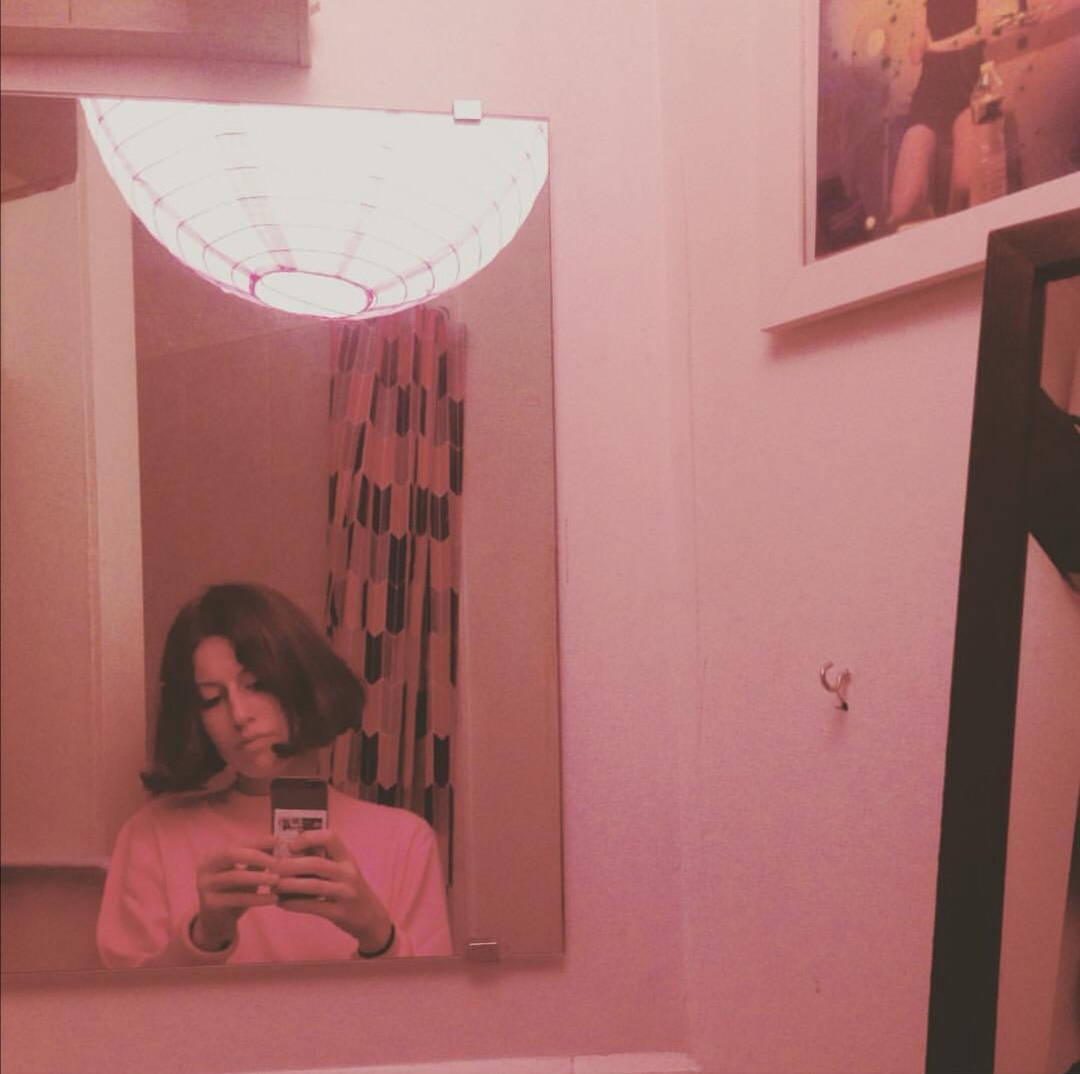 Rona Lorimer On state-imposed house confinement in Marseille, France. If you would like to contribute to and read dreams under confinement, please write to eyeliverkidney@protonmail.com