Anti-Anti-Everything: A Letter from the Editor

Harrington Pl, Mrs. June, and Untitled “At the bleeding creek/ my back was to be loved by/ the bark of a sycamore tree.”

Molly from the Swamp Molly Steele progress through the wilder parts of the world. A visionary account. 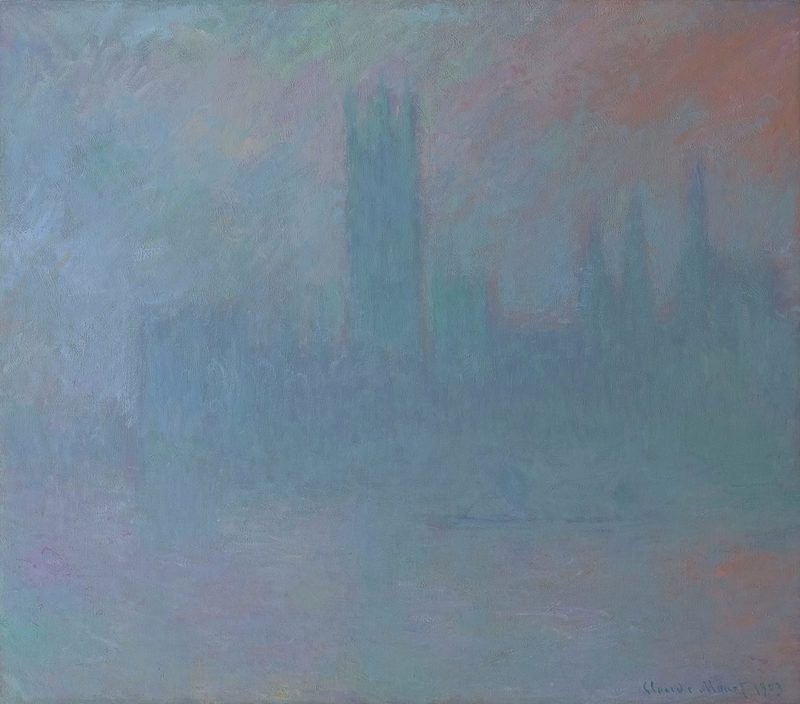 Houses of Parliament by Claude Monet

What happens when the negativity of an age bottoms out? What is on the other side?

For those of us with nothing to believe in, even nihilism is too big a pill to swallow. Or to keep down, anyway.

Five years ago, we refused to shoulder the responsibility to change the unchangeable, to work endlessly, an army of 1000 burnouts, on the sisyphean task of saving the world. “The myth of a better future is a procedure of modern capitalism" - this is what we wrote in that first issue in February 2014. We set out to walk away from the delirious affirmations of this world and its falsely cheerful opposition. We were tired.

But now, we are even more tired.

Five more years of managing ourselves, five more years of not giving a fuck, has taken its toll. We tried to find a new way out of the disaster by focusing on what we love, by focusing on our friends, and by attempting to create a viable method for expressing ourselves, for sharing our stories, and for relishing in the minor currents of pop culture, as we experience them. In a world burning down, the refusal to function as powerless volunteers hasn't been as cute as we hoped. From Ferguson to Standing Rock, from Flint to Hollywood: somehow, the entire world has slogged right along with us into a whirlpool of destruction, negativity, and cynicism.

Through everything, we have failed even to believe in nothing. The constant barrage of destabilizing ruptures, the earth-scorching wildfires, the heart-rending atrocities at borders in every corner of the globe, has not been without consequences: for the time being, we are expected to express our unique brand and quirky attitude, to remain positive and to participate in politics and culture, and also to preserve an aloof resignation in the face of minor genocides and actual Armageddon. The most nihilistic and cynical proposals, in a world such as ours, have taken the form of the most pure and saccharine affirmations. Visualize now the popular meme of a cartoon figure in the burning house drinking a cup of coffee: "this is fine." No image more perfectly captures the subjective devastation we have all undergone these last few years. 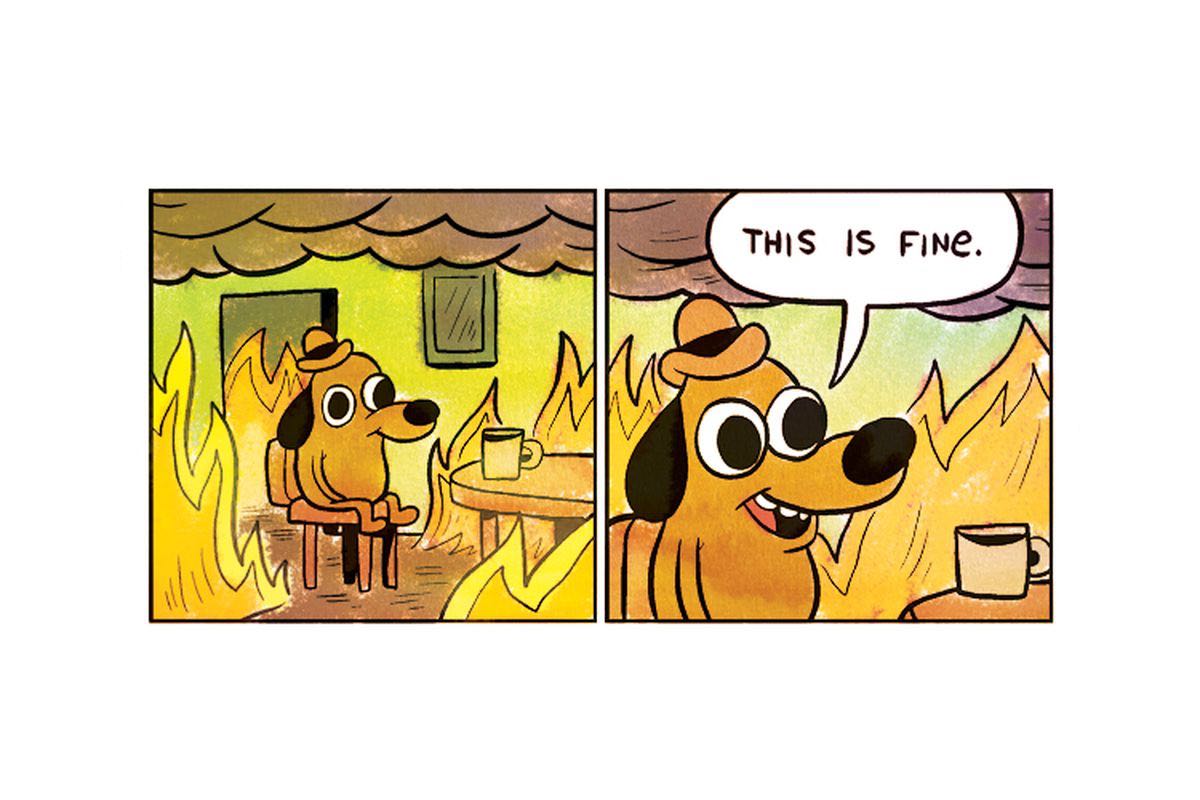 We are tired of being tired and we are ready for something new. Here we are, reacting to our own reactivity, negating our own negativity. Anti-anti-everything.
So what now?

I've adopted the practice of proclaiming annual themes. I don't know much about astrology or trend-forecasting, but I do what I can to keep my finger on the pulse. The year of confusion, where complex and diverse elements would mix. The year of love, where we would struggle with each other over the meaning of the world. Narratives and themes, mile-markers on the endless highways of a life with no clear destination, probably aren’t helpful for everyone, but they help me to get a grip on things, to produce as much as describe the feelings I'm having and seeing around me.

When Hanna and I were talking recently about this, we decided that maybe this is the year of resolution. Both of us were coming out of a period of mix ups and the bad kind of stress. Perhaps, we hoped, things could become so flustered, so confusing, so broken up, that they would actually become clear again.

In the Latin, resolvere meant "to loosen, release, explain" and even, to my surprise, "to break into parts." For the ancients, the world was one elemental ensemble, not reducible to its pieces or parts. Objects, people, animals, and gods emerged from the same primordial trash heap. Resolution, then, could mean breaking this chaotic flux into digestible bits, dispelling the disorder through conscious acts of destruction and separation, cutting apart a monstrous whole to produce a more focused fragment. And this is where the contemporary usage comes in, having to do with problem solving, with firmness, with focus, with commitments. With resolution, division becomes the pre-condition of clear, calm action.

We would like to be resolute. To cut apart, loosen, and break the negativity of our situation. In essence, we are ready to believe again, but without all of the bullshit.

REVEL IN THE RUBBLE

How did we get into this mess to begin with? In a world as rife with discourse as ours, as full of causes to rally behind, why is it that some of us dive immediately into the fight, throwing everything into the mix, while others shrug or judge from a distance? We are willing to bet that there is a plane of "cultural" experiments with formal rebellious energy that have prepared us for the battle royale of contemporary politics: Punk, skateboarding, hip hop, zines, graffiti, and all the other weird shit. When we started this project, we set out to celebrate and curate all of these experiments, themselves renegade expressions of destruction and creativity, to illuminate a shared area of articulation between them, an ecology of refusals and affects as much as a network of “types” and styles. We want to cultivate a feeling of worldliness for ourselves and our friends. Our mission hasn’t changed, but we have much more to say, to do, to be.

If a confusing maelstrom of rebellions and desertions finally managed to end capitalism, to topple the kings and demagogues of the world, to unseat coercive gender roles and to shake us from the racial nightmare, we would still have to do something with our final days. While we waited for the Day After Tomorrow or whatever, what kind of music would we make? What kind of clothes would we fashion, what kinds of things would we do with our bodies and our voices? That is what we are here to discover, to discuss, and to situate. In fact, it is our wager that something of our current situation mirrors that predicament, as the world around us continues to look more withered, more decayed, more lackluster. The doomsday seed vaults of the world are already flooding, so what's the dress code?

Mask Magazine is a reservoir for our useless beautiful things, where we observe and reflect on the intuitions and artifacts we have managed to smash out of the vast cultural edifice. Mask Magazine is a machine of the molecular revolution, where we produce and revel in new sensibilities, having finally subtracted ourselves from the aloof resignation of our peers. Mask Magazine is party to the subterranean refusal of all contrived attentions, of all false pleasures, of all petty and partial failures. With a bit of resolution, we believe that we can engineer the greatest failures of all, if we give ourselves the means to do so. At minimum, we are helping fuckups and dropouts build their CVs. Mask Magazine: dividing divisions, confusing confusions, separating separatisms, fragmenting the chaos. Resolutely.

So, send us your pitches, and we’ll try to get to the bottom of our inbox. Be on the lookout for our web store launch.