Rihanna might very well be launching her own fashion brand. Look out for $CHOOL KILLS in the coming months. 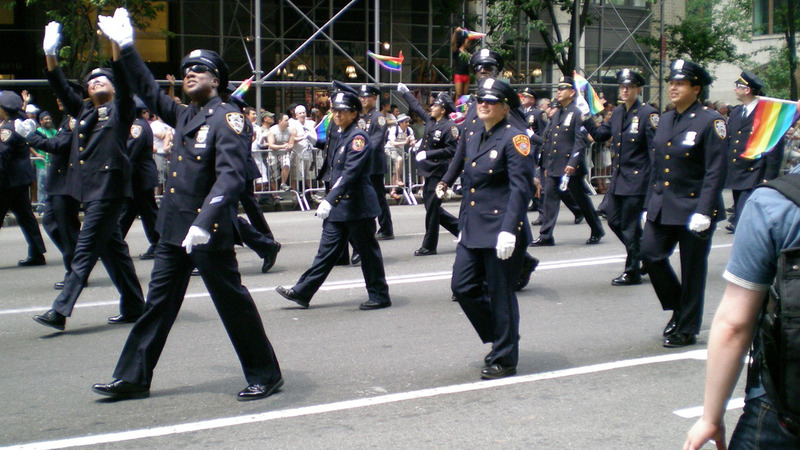 All for a Sneeze

From New York to Maryland to California, police continued to expand their ranks this week. The number of people killed by police in America this year has risen to over 540. This week, one of the victims was a convicted killer himself.

Three weeks ago, Richard Matt, a 49-year-old who was held for murder in Clinton Correctional Facility, de-imprisoned himself along with fellow prisoner and convicted murderer 35-year-old David Sweat. Then on June 26, police tracked him down in the foothills of the Adirondack mountains and shot Matt to death. His co-escapee is currently still on the run from police.

This week, the NYPD also got to practice the fine art of bullshit arrests during two marches in the city. On June 22, after a vigil held in Harlem for the victims of the Charleston shooting, protesters began chanting and marching through the streets. It wasn’t long before the police showed up and tried to push protesters onto the sidewalk. A young woman was later violently thrown onto the ground and arrested. Not long after that, 27-year-old Christen Conyers, who wasn’t even involved with the march, was arrested seemingly for cycling in the vicinity of a protest while black. Pigs began roughing up and piling on top of Conyers as he helplessly shouted to onlookers: “They’re trying to kill me y’all!” Protesters later made their way to the 24th precinct, where the arrestees had been taken, and rallied outside the building. Though cops in riot gear showed up to confront the protesters, they remained outside the precinct until everyone was freed. The arrested young woman eventually came out with bandages on the knees of her now-ripped jeans. Conyers, unfortunately, was taken to the hospital to treat some serious injuries suffered at the hands of the boys in blue.

That same night, it was announced that the NYPD would be adding 1300 more cops to the force thanks to a budget deal negotiated by Mayor Bill de Blasio and other liberal politicians. Protesters hit the streets the next day in response and marched from City Hall to Union Square despite a large, repressive police presence. Later that night, as #NoNewNYPD protesters chanted outside of Gracie Mansion, 5-O bagged one of the protesters, a young man, simply for sneezing too hard across a barricade. Police claimed that he spit on them, and he was ultimately charged with resisting arrest, obstruction of government administration, disorderly conduct and harassment ... all for a sneeze.

On June 25 in Baltimore, while one former B-More cop was tweeting about all the shady stuff that goes on inside the BPD, currently-employed Baltimore cops killed unarmed 41-year-old Spencer McCain during a domestic call because he assumed a “defensive position.”

In Idaho on June 21, in an Eric Garner-like incident, 23-year-old Allen Hernandez died in a struggle with police when he was only looking for help after a car crash. But unlike Garner’s case, there was no video of the incident, and police have gotten away with claiming that Hernandez “quit breathing on his own” while restrained.

Uhm, and a quick reminder that the first ever pride parade was a riot against the police.

We are the NYPD and we proudly protect and serve EVERYONE! #NYCPride2015 pic.twitter.com/7YHlOtuRVL