Must Have Slipped My Mind

Libra Season Plan wisely this month, and enjoy the sweetness as well as the fireworks.

A walk down Myrtle with Daniel McGowan The environmentalist and former political prisoner gives the next generation some insight into life and politics. 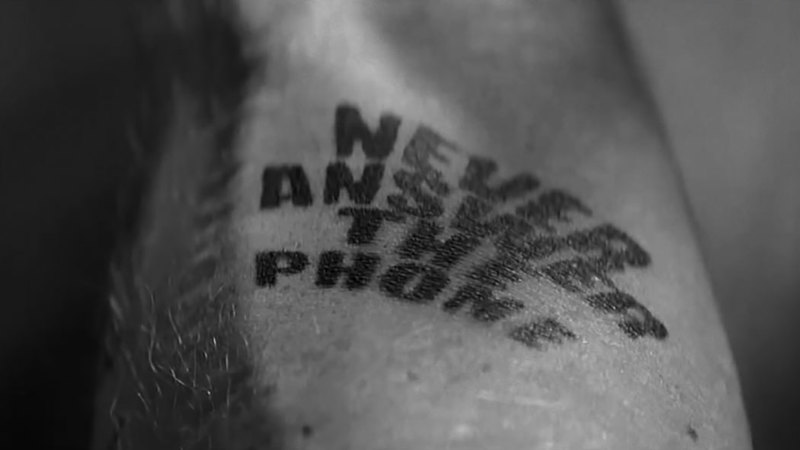 Must Have Slipped My Mind

One night on the roof of our apartment building, someone brings up lyme disease. One of us has it, their blood test came back positive. After our conversation, each of us is convinced they have it too. Foggy brains, achy joints, occasional memory loss ... we check all the boxes. Why is it so hard to test for it, if it’s so common? Silence. A government conspiracy? Something in our water to dumb us down? Chemtrails?

In the new TV series Braindead, a meteor the size of a car crashes onto Earth. After a professor at the Smithsonian has it shipped from its impact site in Russia to the capital, an endless stream of bugs start crawling out of it and into the heads of nearby residents, changing their personalities and political views. Suddenly, feeble and mossy politicians turn sharp, ambitious, extreme, and belligerent – and strangely obsessed with wheatgrass juice. The aliens appear to have an agenda: to overtake humanity by making the political system completely ineffective.

The alien infestation depicted in Braindead reflects our wacky political system in the real world – the one (presumably) not being infiltrated by mind-controlling bugs. I think we can all agree that the year leading up to the presidential election has been surreal. Not just Trump himself, but the many waves of craziness leading up to the election, including our experience of it on social media, the paranoia, the extremism, the callouts. “If you support ____, unfollow me now!”  Is some other-worldly force at work this year to divide-and-conquer us? It’s hard to imagine something scarier than malevolent extraterrestrials – but what’s the difference?

For me, this year has felt more hazy than absurd. Exactly one year ago, I started a full-time job and 12 months later, I can’t say I remember very much. Every morning I wake up and look at my phone and it’s all slightly different flavors of newness, but looking back the details blend together. I work 50-hour weeks and often skip lunch, I commute in rush-hour traffic, often with a mason jar of cold coffee. I think I’ve read seven or eight books, watched I don’t know how many TV shows, gone out maybe ten times but got drunk by myself every other night. Whenever I do spend time with people, I stumble through conversations, trying to participate without having much context for what people are talking about. I start sentences with “I read somewhere that …” but then silence myself to a mumble because I never remember what I read, or where. On the subway platform at 10:00 PM, always too late, I feel overtaken by exhaustion and fantasize about accidentally just tipping over onto the subway tracks as the train swooshes by, letting my muddled brain and limbs mangle into the machinery. Not because I’m feeling sad for myself, but because it’s all so laughingly pointless.

I’ve been trying to make up my mind: Does life feel foggy and non-linear because of how technology is changing everything? Or maybe this is just what it’s like to become an adult? No more milestones like switching schools, instead it’s just a long stream of going to work and rushing home and trying to pay bills on time. Even disruptive events feel repetitive after the fact. Saying you’re exhausted is redundant, so we’ve stopped saying it. Everyone’s exhausted, what’s new?

I remember being a teenager and realizing that I had lived for so many years it was starting to become difficult to recall what particular thing happened which year. This was terrifying; the idea that you would no longer have this perfect record. Later I kept an exact tally of all the people I’d kissed or dated, usually it divided the year neatly into quarters or thirds. Now I’m not sure I’d even remember some of their names.

This feeling of stagnation makes me anxious. I grow older, but I don’t change very much and flipping through my journal, I notice I sometimes repeat myself. In the hopes of moving forward instead of backwards, I start a note on my computer called “random history.” Whenever I’m reminded of a historic event that I had forgotten I add a subheading in the note for that year and add a note about the event under it. The oil embargo started in 1973, the same year that Roe v. Wade made abortion a constitutional right. Another note in the same folder is called “dictionary” and includes words I had to look up a second or third time. When a piece of music or a smell reminds me of something I hadn’t thought about for years, I feverishly note it down in my paper journal.

In psychiatry, “confabulation” refers to the mind filling in gaps of memory with “fiction” or “belief.” The idea is that there’s a correct, objective way of remembering the past, and then there’s the fictitious one. Of course, everyone’s memory of the past is fictitious and gratuitous to some extent. We forget the past when it suits us and we often remember what we want to remember. Listen to anyone you know explain to a stranger an event the two of you experienced together and you’ll likely roll your eyes.

But there’s something quite deceptive about our obsession with remembering history as this perfect record of events. Like, what are we remembering for? For what purpose? Often I think we obsess over remembering because the present is confusing, and by remembering our past like we used to, we organize our lives into something that feels familiar, fitting our lives into formulaic narratives that someone else prescribed.

Of course, one reason to remember things accurately is because history has been so selectively written. Insofar as collective memories shape who we are to ourselves and each other, remembering the names of the people killed by the police, genocides of whole populations and cultures, slavery and colonization and wars helps us see patterns in order to try to create different ones. I also try to remember the people who single-handedly started things that became bigger than themselves, because otherwise it’s easy to think that me and my friends are just too small to matter. At some point, I’ll have to accept that I’ll never remember details like which famous actor is which and what year something happened. I mean, that’s what Wikipedia is for.

This is the Amnesia Issue, in which we forget there’s an upcoming presidential election and imagine that the government is just a bunch of mind-controlling aliens. We’ll shudder at the memory of a Bush protest in 2005, dig into our past as teenage hoarders, try to wrap our heads around conservative relatives, and add “is electroconvulsive therapy still a thing?” to our running list of things we had to Google.