A Culture Roundup For Your Frozen Heart Lindsay Lohan is a witch (knew it!), Cheap Monday rocked Stockholm, this mix of Team Rocket and Nicki Minaj.

The Anniversary Issue. A letter from Tyler Reinhard, looking back at our first year. 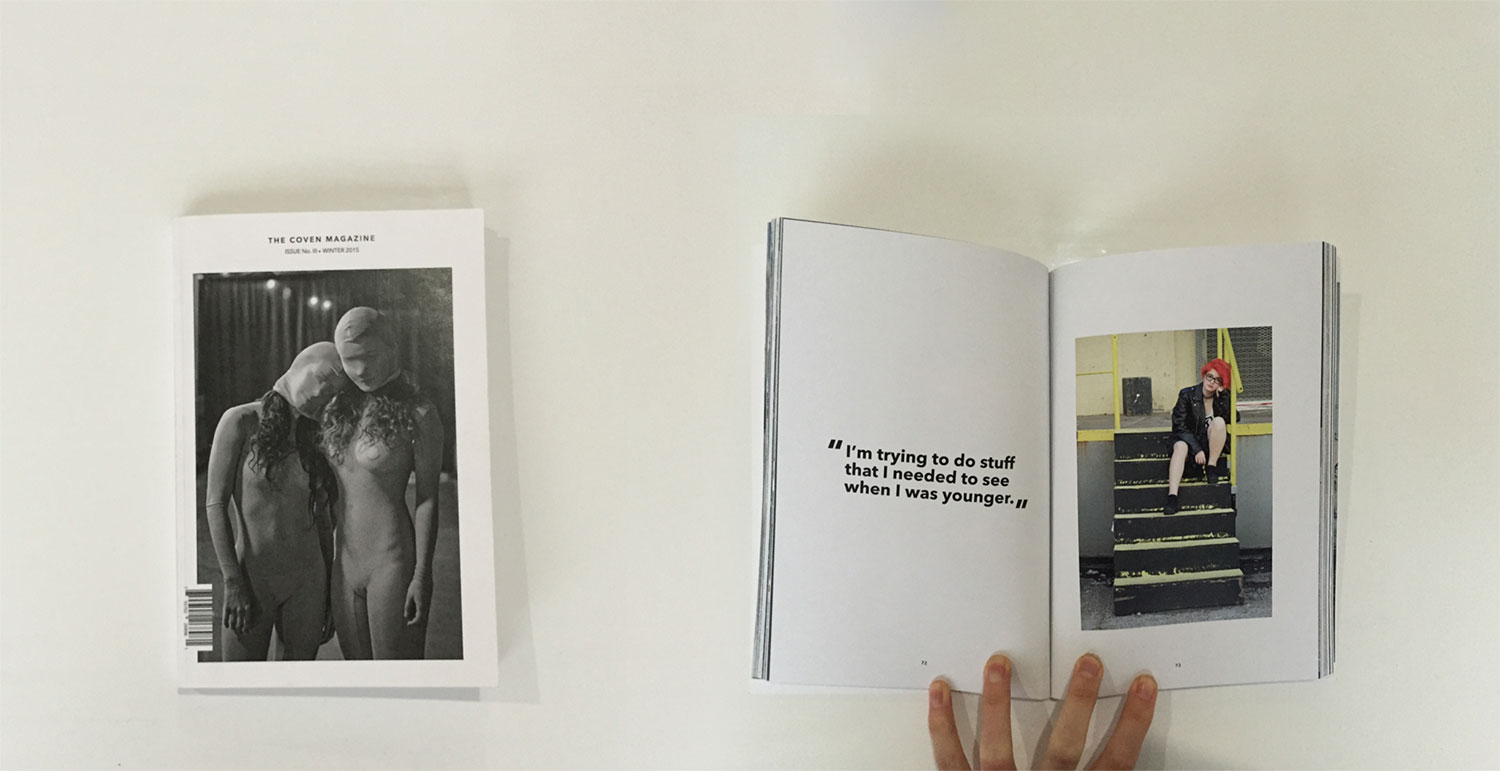 The Coven Magazine, Issue 3 Is Out

“I Only Fuck with Goddesses”

The Coven Magazine, Issue 3 was released online a few weeks ago, and in print last Thursday. The Coven Magazine is bi-annual publication produced by Witches of Bushwick – a creative network that promotes local, underground artists and creatives in and around Bushwick. Each issue features about a dozen interviews with local musicians, artists, photographers, writers, nightlife personalities, and designers.

I was excited to find interviews with both usual suspects like Juliana Huxtable and Ms. Fitz, as well as people I'm less familiar with, like beauty writer Arabelle Sicardi, musician Thurmon Green, and the DJ and producer Kim Anh. Like any respectable bi-annual art magazine, it’s beautiful; I flip through it over and over for the dreamy editorial photography alone. More than artsy, it feels like an intimate zine made by savvy net artists who always dreamed of making glossy fashion magazines.

The interviews are somewhat formulaic, with each interview featuring a very similar set of questions. The uniformity isn’t dull, though; it highlights a scope of differences between a cast of characters that nevertheless belong to the same social and cultural milieu. They hail from various shitty towns plagued by poverty and drugs, or pretty suburbs with perfect lawns and private schools, or refrain from revealing their past altogether. In many cases, the past is downplayed, with the focus being on the person’s ideas, influences, and creative aspirations.

Yesterday, a friend pondered: “I wonder if being an adult means waking up and no longer feeling like you have to perform your persona. If that’s true, maybe no one is an adult anymore?” Bushwick is curious in this regard. It is home to those who – for whatever reason – want to break from their past, to make of themselves the kinds of idols that helped them survive their teens, to create something other-worldly together with like-minded peers. Like Haraway’s queer cyborgs, many of the Bushwick artists and creatives that make up the Coven behave like illegitimate offspring who, unfaithful to their origins, unapologetically redefine tradition and spirituality in ways that fuel them, combine and recouple in whatever ways they choose.

We all sit in this mess of contradictions, being discontent cyborgs with impossible dreams, forever products of the shitty structures that came before us. This crew seems ready to engage. It is one reason I’m so into Witches of Bushwick. But also: out of spite for those who eagerly criticize invocations of the ‘witch’, calling it recuperative or whatever (sigh), I will always be into witches and covens and the people to whom their images speak. Women, queers, and trans* folks making magic together is exciting.