Hopelessness in a Lovely Place 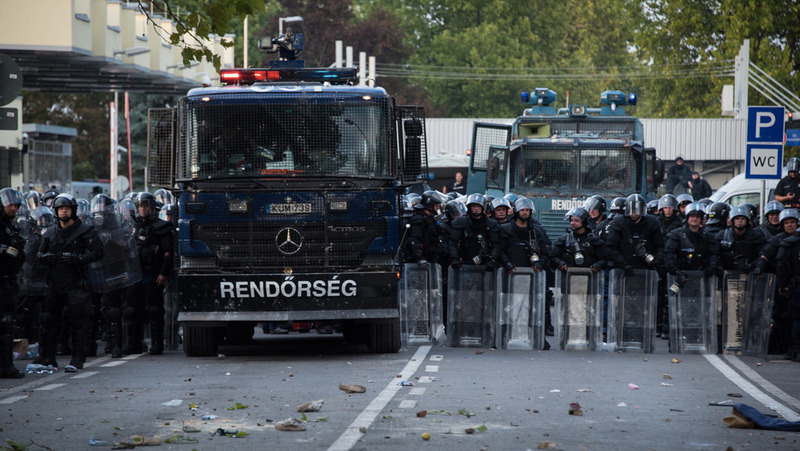 Hopelessness in a Lovely Place

This month, we think about Asylum, exploring stories of the different reasons people look for sanctuary and ways they navigate the fact those places aren’t necessarily safe.

These check boxes have a strange history. You could say Emma Goldman is in part responsible for their appearance on immigration documents. But the story goes that they are a result of the murder of President William McKinley by Polish anarchist Leon F. Czolgosz on September 6, 1901. Shortly thereafter, US Congress enacted the Anarchist Exclusion Act (later expanded in the Immigration Act of 1918), prohibiting anarchists and other political extremists from entering the country. Note that this happened during a surge of migration into the US as millions of jobless Europeans came looking for better opportunities, while the US itself was plagued by poverty, exploitative and low-paying jobs, and union busting. Many of the anarchist ideas that had inspired Czolgosz emerged in this climate of economic turmoil, political instability, and repression of dissent. Over the next several decades, hundreds of suspected anarchists and radicals were arrested and deported, a process which reached its peak during the first Red Scare in 1919–20.

Today, these  “exclusions” appear to belong to a bygone era – the kind of arbitrary precedent bureaucracies are made of. But the history of the US is filled with similar cases; examples where exploitable surplus populations revolted, allowing the government to expand its power by passing new laws and setting up institutions that have survived to this day. If you consider all the legislation that was passed to subjugate exploitable surplus populations – freed slaves and black people, European economic migrants, South American laborers, and so on – it’s obvious that these legal statutes are very much still in effect, dormant in our obedience within society, if not explicitly in courtrooms and detention centers around the country.

In short: History shows that the effects of crisis-motivated migration often permits power to become even more repressive, even more exploitative.

The question is, is this still true today? What kind of laws will be passed and institutions created to exploit the refugees entering Europe right now in new ways as society shifts and readjusts?

At the end of last year, the number of people displaced from their homes reached 59 million, most of whom are fleeing civil wars in Afghanistan, Syria, and Somalia. Altogether, these people would make up the 24th largest nation in the world. Traditionally, the United Nations and the Red Cross have been the primary institutions facilitating asylum around the world. But U.N. High Commissioner for Refugees António Guterres told Time Magazine that “humanitarian organizations are no longer able to clean up the mess.” Even by the most official accounts, the world is at war and in constant chaos.

It’s estimated that 80 percent of the world’s refugees flee to developing countries. It wasn't until two boats sank in the Mediterranean last April that the crisis became a European concern (the so-called “European migrant crisis”) and that the Western world started discussing political solutions to the worst humanitarian crisis of our time. When an image of the dead body of a small Syrian child washed up on the shore of the Turkish resort of Bodrum went viral this September, the discourse shifted once again. More people began referring to the crisis as one made up of refugees and not “just” economic migrants. (According to international standards, fleeing poverty is not a good enough reason to leave your country, while fleeing war, dictatorship, and religious extremism is, which is why the term “refugee” carries more political weight.)

Since the Syrian civil war started in 2011, over 4 million people have left their homes there behind. Most have fled to across the border to Turkey, and as refugee camps swell over capacity, people are moving east and north looking for asylum in Europe. In reaction, European countries are closing down their border crossings and pushing back refugees with batons, water cannons, and rubber bullets.

Ironically, Europe is perhaps more welcoming of migrants and refugees now than it ever has been. Because Europe is in desperate need of exploitable surplus populations. The violence at the border is just a first step in producing that workforce.

In our call for submissions to this issue, we wrote:

“When people talk about the phenomenon of looking for safety, asylum is often conceptualized in ideal terms, as if it represents the ultimate sanctuary. But asylum is de facto not about idealism. When people are fleeing something, it has less to do with where they’re going than what they’re leaving. Sometimes the places people choose to flee to says more about the lack of options and the lack of safety at home.”

If you believe that humanitarian-crisis induced migration leads to expansion of power in the places that accept migrants and refugees, then sympathizing with the millions of displaced people who are flooding to Europe and other countries looking for safety and better opportunities means being complicit in the idea that the interior of capitalism is safer than its exterior. The optimism that cheers “refugees are welcome here”, implicitly acknowledges a depressing cynicism, one that says: it is not possible to survive at the margins of capital, safety is located in the prison at its core, and only by submitting to its power can you be safe.

So, this month, we think about Asylum, and explore stories of the different reasons people look for sanctuary, and ways people navigate the fact those places aren’t necessarily safe. Check out the rest of our call for submissions if you’re inspired to write for us.