Reading Trans, by Juliet Jacques The memoir takes an excursion across personal, political, and pop landscapes, opening up new possibilities for disarming a cultural climate hostile to transgender individuals.

DJ Precolumbian drops her latest mix about the migrant's double bind, and shares her thoughts on the mundane tyranny of the international calling card. 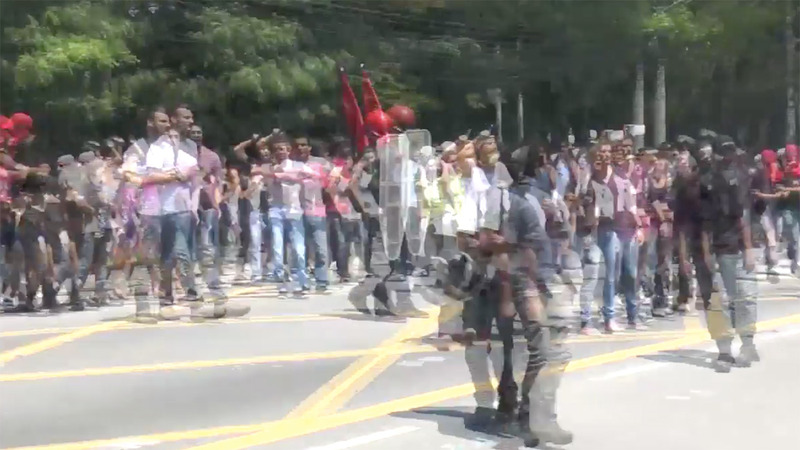 On October 10 in Phuket, Thailand’s most tourist-friendly province, 22-year-old Patomwat Panarak and 17-year-old Teerapong Srisamut allegedly refused to be searched at a police checkpoint and sped away on their motorbike. Cops began to chase the men and soon crashed one of their cars into the motorbike. Both of the young men were killed in the collision. Cops claim that they found methamphetamine and kratom leaves on the two youngsters. Later that night, around 300 locals who found out what happened gathered in front of the Thalang police station and began to riot. At least nine police cars were set on fire, 11 other vehicles were damaged, and the cops report that the rioters “threw things to break the windows first, then they threw firebombs at the police station.” They also blocked a main road from 8pm on Saturday to 4am on Sunday causing scores of people to miss their flights at the airport. The army soon had to be called in, and 15 cops were injured by the end of the rioting. Phuket police have now released warrants for 33 people involved in the rioting.

On October 10, two explosions rocked a pro-peace, leftist rally in Ankara, Turkey killing at least 100 and injuring more than 400. Right after the bombs went off, Turkish police began beating and tear gassing protesters and blocked ambulances from getting to the injured. The next day, police violently blocked mourners and politicians from laying flowers at the site of the bombings. Cops claimed they were still conducting investigations at the site. Meanwhile, in Diyarbakır (known as “Amed” in Kurdish), thousands of people marched in solidarity with those killed in Ankara before cops attacked marchers with water cannons. On October 9 in Amed, after imposing a curfew, police shot and killed 27-year-old Halil Tüzülerk while he was feeding his pigeons on his roof. Because of the curfew, his family was unable to take his body outside the house. Days later in Amed, on October 12, police shot 12-year-old Helin Şen in the head while she was on her way to buy bread. So far, in response to the Ankara massacre, the Turkish government has blamed the attacks on the Islamic State, arrested some alleged suspects, and has fired Ankara’s police chief.

VIDEO: Police block path of ambulances until people beat them out of the way #Ankara #Turkey - @evrenselgzt pic.twitter.com/G58WTzAln0

In Brazil, on October 15, police attacked teachers and students protesting in São Paulo against plans to shut down hundreds of public schools.

In Chile, on October 12, thousands of people took to Santiago’s streets to show solidarity with Chile’s long-oppressed, indigenous Mapuche people. Chilean police (known officially as “carabineros” and pejoratively as “los pacos”) soon attacked the marchers with tear gas and water cannons. Protesters responded by throwing rocks and Molotov cocktails at cops. A few days later, on October 15, a huge protest by students in favor of free education was violently repressed by the police. Students then defended themselves with their banners and fought back with rocks.

In the USA, cops have killed more than 910 people so far in 2015 including an unidentified San Francisco man in his 20s who had the cops called on him for throwing bottles in the street.