The Devil’s Night Halloween is the ghost of five hundred years of rebellion. 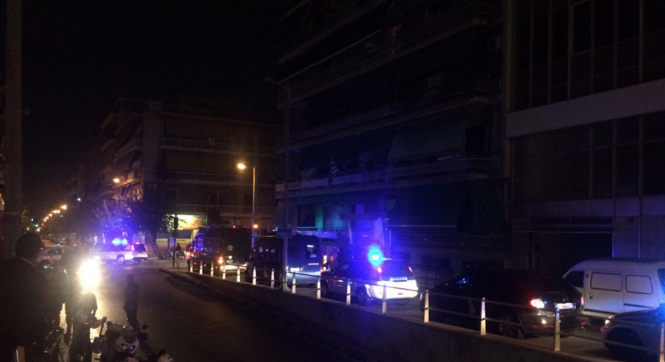 This week, aside from assaulting teenage girls at school, cops around the world attacked people on the streets and in their homes. Seems as good a time as any to revisit Lauryn Hill’s “Black Rage (Sketch)”:

On October 28, Catalan police, known as the Mossos d'Esquadra, raided numerous private homes and anarchist social spaces in both the cities of Barcelona and Manresa. In what appears to be a new phase of the Spanish authorities’ anti-anarchist Operation Pandora and Operation Piñata, at least nine people were arrested in raids in various neighborhoods. The cops claim the arrested conducted a series of attacks in 2012 and 2013. The raid, which is the third one of its kind this year, sparked demonstrations in at least three cities.

On October 26, 19 members of the anarchist group Rouvikonas were bagged by Greek police after the group occupied the headquarters for the Independent Greeks, a fascist party that is part of the current Syriza coalition government. The anarchists were charged with misdemeanors and the group later released a statement denouncing the government and demanding the release of a number of anarchist political prisoners and an intensification of the class war.

On October 24, demonstrations were held in cities across France in memory of Remi Fraisse, a 21-year-old botanist and activist who was killed by French police on October 26, 2014. During protests against the building of the Sivens Dam in southern France last year, police fatally wounded Fraisse after shooting him in the back with a flashbang grenade. Fraisse’s death sparked protests and riots across France, and as expected, the investigation into his death hasn’t moved forward much even after one year. This year, hundreds of protesters from Pont-de-Buis-lès-Quimerch in northwestern France decided to demonstrate in Fraisse’s memory outside a local factory known for making police tear gas and rubber bullets. Of course, cops then began to fire tear gas at anyone who got too close to the factory. Protesters retaliated, throwing back tear gas canisters and even spraying paint on police.

In Turkey, 25-year-old Dilek Doğan died on October 25, a week after being shot by police during a raid in Turkey. On October 18, Turkish cops invaded Doğan’s home in the Küçükarmutlu neighborhood to supposedly “search for a suspected Revolutionary People's Liberation Party/Front (DHKP/C) militant.” Police claim that they shot her during a scuffle when one of Doğan’s family members tried to grab one of the cops’ guns. The family says that police shot her in the chest after Doğan insisted that they put overshoes on before entering the house. Protests were held outside the hospital she died in, and on October 26, large crowds attended her funeral where her body was wrapped in a red flag.

In the USA, over 945 people have been killed by the police this year including 18-year-old Kobvey Igbuhay. Cops chased the teen into a Florida swamp on October 26, shot him, and claim that he tried to drown a police dog and an officer.