From Ex-Partner to Best Friend in 8 Easy Steps

Learning to Die in Athos Desperate for change, Niko Maragos pilgrims to an isolated monastery in Greece 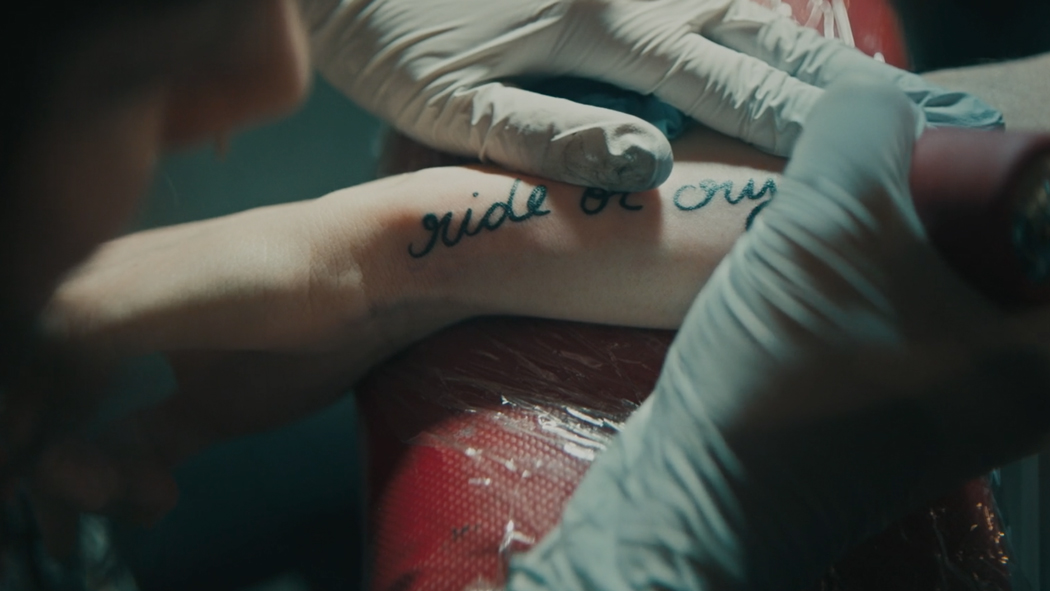 Shot from Every Nite Is Emo Nite

From Ex-Partner to Best Friend in Eight Easy Steps

The world is too cruel to cut each other out completely. Sooner or later, you’ll need each other.

Last October, I broke up with my partner of two-and-a-half years. Our relationship had struggled for a long time with the same issues every queer millennial couple faces: co-dependency, non-monogamy, and living in a world where intimacy and care are scarce resources. Although we had fallen apart, we remained entangled in our niche social scene of queer anti-capitalist freaks. We weren’t together but we still had all the same friends, went to the same parties and were both increasingly convinced that it was the End Times and fuck, why did we have to become single now?

Unable and unwilling to simply cut each other out of our lives, I called upon that gay tradition where ex-lovers become best friends. This was harder than I thought. It meant reaching out after cutting off contact, crying countless times, and facing our baggage head on. In the end, it was worth it. My ex is one of the people I trust most in the world, and they show up for me harder than anyone else does. If you find yourself walking the same path, you might find our story helpful. Here are steps we took together to heal:

1. Break up until you realize you can’t be together

I thought it was over, but it wasn’t. Towards the end, my ex and I would stay up all night talking about how our relationship couldn’t work. My fear of intimacy set off their sense of inferiority which made me withdraw, and then we would start the trigger tornado all over again. We loved each other, but all we seemed to do was give each other panic attacks. We both agreed that all we did was hurt each other and that we needed a break… maybe for good.

But all that processing would just remind us of how much we cared for each other. In the course of talking about everything together, we felt comfortable again and started to cuddle. I spent the night at their place, and in the morning neither of us could bring it up.

Sound familiar? We were caught up in a loop; we kept ending things just to start up again.

We broke up in person, after we had sex, before we had sex, in the middle of the woods, and in front of our friends. This pattern of breaking up and getting back together finally ended something like the seventh time we processed: We talked in circles at a friend’s birthday picnic for hours, until the late Bay Area summer gave way faster than anyone expected. The temperature dropped, my teeth started to chatter, and my lips turned blue. We still didn’t have an answer, so we accepted that it was over and walked away. Nearly breaking up so many times was messy and painful, but in hindsight it made sense. Letting go of someone I loved was terrifying, no matter how much we hurt each other.

Part of the process is breaking up as many times as you need to, and that’s okay.

2. Set boundaries and take some space

After our hypothermic breakup, I still wanted to be close to them. We had grown so much together and they left a hole in my life. On those first hard nights, I fantasized that a simple text could make our breakup feel okay. But I knew that we were still too strung out on grief to communicate without each dissolving into shouts and sobs. I cared deeply for them and wanted to remain close, but I knew that if I didn’t take space we wouldn’t actually stay broken up. We were both too wounded and triggered to be good to each other.

So, I blocked them on Instagram, locked my Twitter, and unfriended them on Facebook. I deleted their number. I gave my phone to nearby friends when my ex texted me. I did whatever I needed to to do to give myself the space that I needed for all the grief and pain I’d been carrying.

You deserve the same kind of space. Take all the distance that you need. You’ll know when it’s time to reach out. Emotional wounds can’t heal if they’re torn open.

In the aftermath of our relationship, every single thing in my life seemed to remind me of them: the choker they gave me for my birthday; the yard I stole flowers from to give to them; the way that my room looked while I fell asleep at night. The feelings they all brought up threatened to break me. I wanted to hold onto my memories of them, but I also needed to be able to feed myself and make it to work.

I moved. I hid the gifts they gave me. I archived photos of them so I wouldn’t accidentally see them on my phone. I took different routes through the neighborhood. I did cleansing rituals to wash away all the venom from our fights.

Since then, I’ve brought some of these objects back into my life. One of the letters they wrote me for my birthday is always on my desk. Others have stayed in storage.

Purging is often necessary and cathartic, but it can be easy to confuse with healing. Leave parts to come back to when you’re ready. Trust your instincts. Give away what you can’t stand. Hide but hold onto the pieces of them that you treasure, even when it hurts.

I built an emotional dam around my heart in an attempt to protect myself and keep all the feelings in. It kept me safe through those last agonizing months of the relationship, but after it ended I had to accept that holding back my feelings wasn’t helping. I knew that I had to break the dam before I drowned in it.

You might feel stuck going over the cruel things they said to you in the heat of the moment, or the terror of telling yourself that that this was your one chance at true love and now it’s gone forever. If you’re going to move forward, you have to let the waters flow.

Cry in your bedroom. Cry at the party. Cry on public transit. Cry to your friends and your mom and your dog. Get tipsy off a tall can by the ocean and sob until you’ve given back all your salt to the sea.

5. Be ready to leave anywhere at any moment

I felt like I ran into my ex every time I went out. My world, divided between protests and queer dance parties, was too small for either of us to have our own space. Bumping into them at a bar or party induced feelings of anxiety and shame. Seeing them with a new date invoked sheer terror.

I managed my feelings by drinking too much, awkwardly avoiding eye contact, and staying as far away from them as possible. I tried to not make out with someone else in front of them, but ultimately knew I couldn’t be responsible for their feelings. I’m confident my ex felt just as uncomfortable as I did, and that we were both trying to maintain distance and show respect as best we could.

Breaking that line of respect may lead to competitive partying. Getting fisted on that couch while high out of your mind might be fun, but it’s important to do it because you want to, not just because you saw your ex kissing someone on the front porch.

You might still need to leave. Run if you have to.

In those first post-breakup months, I knew that I wanted them back in my life. But I could barely make eye contact with them or say more than a few words without my heart threatening to burst from anxiety. At the post-election demonstrations in Oakland, I was finally able to keep it together. It was easy to avoid them in the massive crowd, and dodging tear gas took my mind off of dodging them. In hindsight, this seems like some twisted form of exposure therapy.

There are ways you can be close to each other while still maintaining distance. Attend a mass gathering where you can end up in the same space without ever having to acknowledge each other, like a rave or a protest. Remind yourself that you have similar interests and still care about the same things. Dance to the same music, even if that means doing so on opposite sides of the room. Yell at cops with them. Set trash on fire next to each other. Lose them in the crowd.

Eventually I felt ready to call for detente. We met for lunch. I barely touched my food. I don’t really remember what we talked about, but I know it was easier to share gossip than it was to discuss our breakup or emotional lives in explicit terms. We skirted the edges of the loss we felt and spoke to each other delicately, as if our conversation were a glass so cracked that it threatened to shatter.

Pick a simple activity, like taking a walk or getting coffee. Avoid places that you used to frequent, because doing so may induce the return of heartbreak. Ask neutral questions such as, “How are your succulents doing?” or “Do you still hate your boss?” Repeat low-stakes hangouts as necessary.

Advance to the next step when you can ask about their dating life without vomiting.

8. Show up for each other and don’t stop

Sooner or later, you’ll need each other. The world is too cruel to let any of us go without crisis for long. When your friend is in the psych unit, when the felony charges come down, when you break up with someone else, when they can’t sleep because of anxiety and terror, when too many of your friends are lost in a horrific fire, you’ll both remember that you know each other like no one else does.

So show up, however you can. Scrub floors. Hold them while they sob. Stay with them at the hospital. Feed them. Give them dating advice. Take space when you need to, but have faith that your heart knows how to heal and keep coming back.

When you’re ready, say “I love you” again. 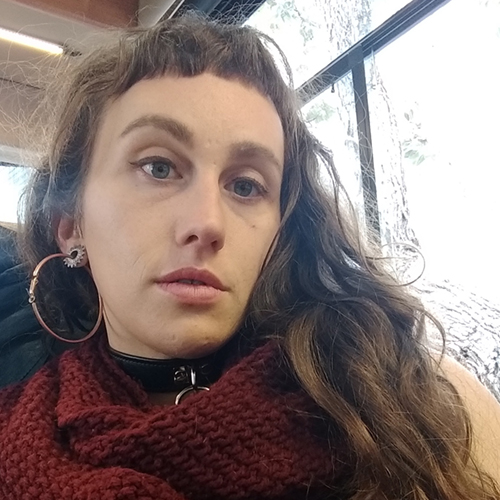