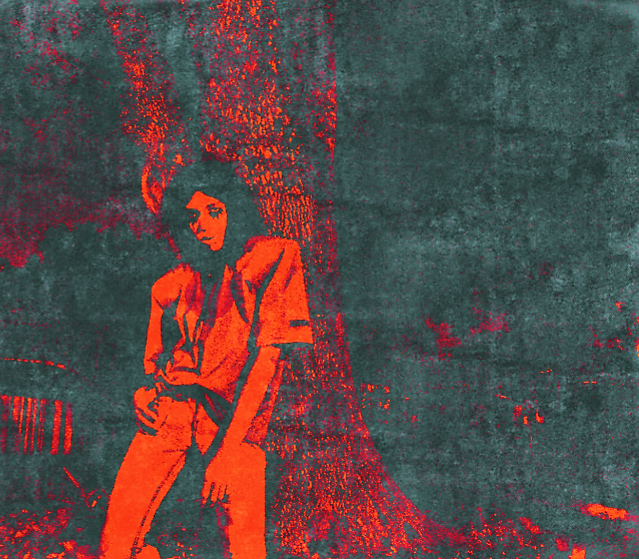 For 21-year-old Brandy-Alexander aka DJ Miss Kenzo, the last few months have been marked by change. After moving to New York City from Austin, Texas in September, she had the opportunity to model in Vaquera’s SS18 show during New York Fashion Week, and was recently featured by Out Magazine as one of “10 Queer Models Claiming Space in New York Fashion.” Make no mistake, though; this probably speaks more to her hustle game than the state of the industry. Fashion and entertainment industry gatekeepers aren’t wont to share their riches, and converting increased “visibility” of trans women of color to hard currency that pays the bills is an alchemy that takes years to master. Although Miss Kenzo has an album’s worth of mixes on her Soundcloud, she’s still only getting started, and we can’t wait to see her make her mark on New York nightlife and culture. She was gracious to make this banger mix for Mask that’ll sustain us through a weekend of work and furrowed brows. Listen below, and read our Q&A interview with her below.

It’s a Friday at midnight, what are you most likely doing? Well, I’m a pretty intense insomniac so I’m probably in bed, practicing my DJ-ing, or watching scary movies online till I pass out from exhaustion.

Your mix packs a punch and rounds up a bunch of different genres to take us there. How would you describe your DJ style? I personally feel like my DJ style is best described as controlled chaos! Usually when I’m picking music out I span across all kinds of genres from techno to house and even some world music here and there. I love having my tracks blend into each other creating a wild new sound from two distinctly different genres. I feel like every time I make a mix or play a show my DJ style becomes more unique and developed.

Which environment do you enjoy DJing the most? I enjoy playing underground venues and more hole in the wall type venues. There’s just something about playing non-bar environments that encourages me to get way more experimental with my mixing and transitions. Also, the crowds that tend to go to those kinda of venues are more likely to dance to the crazy shit I have to play.

What’s your first nightlife memory? My first memory of going out here in the city was back in 2014! I was 18 and my friend picked me up in the LES and took me to this Night Slugs party in Chinatown at a place called 88 Palace, inside of a closed shopping center. I remember feeling like I was in a beautiful fever dream, it was the first time I’d ever truly “gone out” and it definitely opened my eyes to the New York City nightlife scene.

How did you get into modeling? How do you hope to influence the industry? I’ve been really good friends with Walter Pearce, the casting director at Midland, since we were teens and had been in talks for quite some time about having him cast me for shows. When I moved up here in September, he got me a gig during NYFW and I walked for the brand
Vaquera. I feel so blessed for this opportunity because I feel like trans visibility is super important in all aspects of the media and culture. I’m hoping to use my platform as both a model and an artist to shed light on issues affecting black, queer, and trans folks in my community. The fashion industry is very antiquated in terms of inclusivity and doesn’t have a lot of space for people who don’t conform to conventional standards of beauty. I’m hoping to change all that and turn this industry on its head.

The year is almost over. Is there anything you hope to leave behind with it? The year 2017 was a vital year in my life, I feel like this year graced me with the gift of clarity and the ability so see people for who they are. This allowed me to cut off a lot of toxicity in my life. I hope to leave behind all the people who told me I’d never amount to anything, all the folks who made me feel like I was never good enough and most of all the people who didn’t realize how much I meant to them till I wasn’t there. 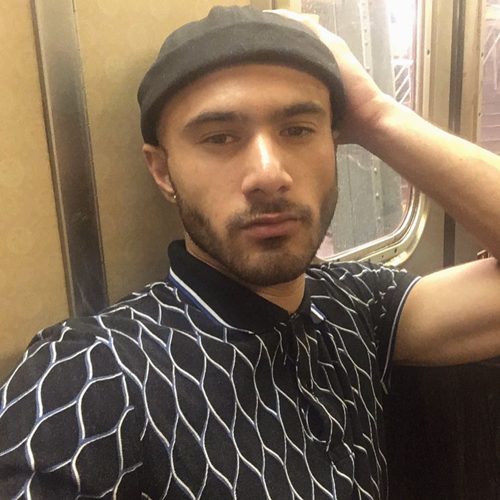