May 2017 Horoscopes Banners speak of becoming uncontrollable, but we already are. 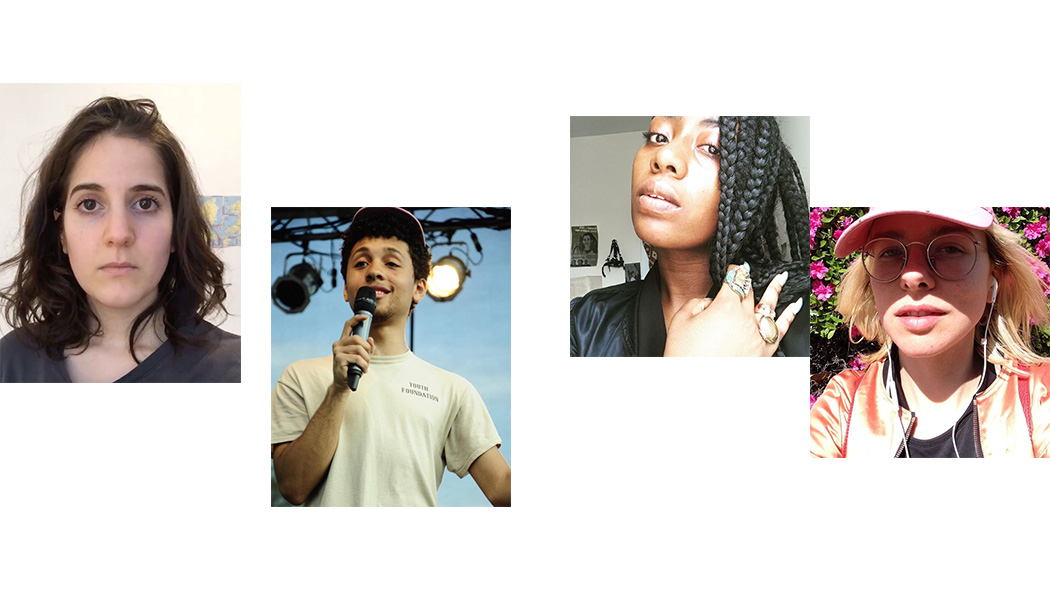 This Saturday, Mask Magazine is co-hosting Crown Shy – an intimate evening of comedy and music at Starr Bar in Brooklyn.

We don’t want to reveal too much, and honestly this lineup sells itself: meme queen Bianca Perez aka @yung_nihilist is our MC, Kristin Malossi aka DJ Voices and her crew Working Women on turntables, with performances by Jaboukie Young-White, Ana Fabrega, Cammisa Buerhaus, and Jasmine Gibson.

To warm up for Crown Shy, we asked our performers to share their favorite conspiracy theories, biggest fears, and what books they’re reading. Hope to see you this Saturday! 🎉 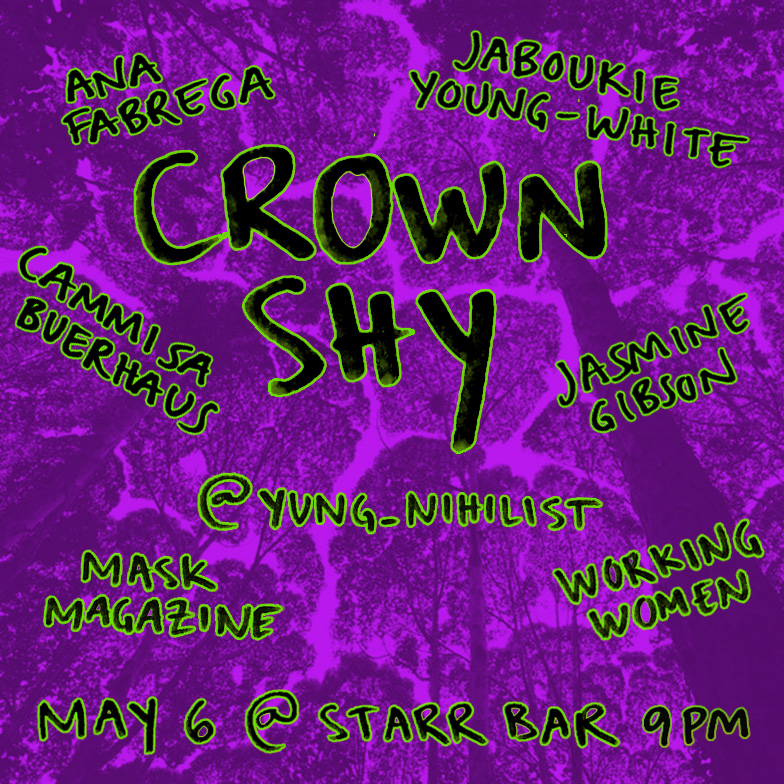 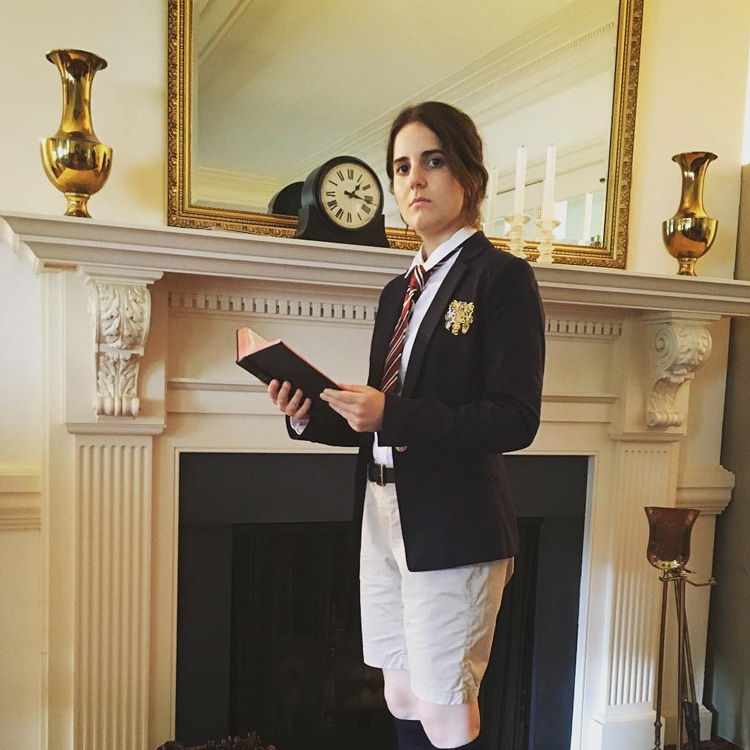 How do you spend your days? It varies day to day, but typically writing, listening to music, Photoshopping, emailing, meeting with people, and doing shows.

What are you reading right now? Call Me by Your Name by André Aciman.

What are you afraid of? Letting people down.

What is your signature style? Illegible cursive. 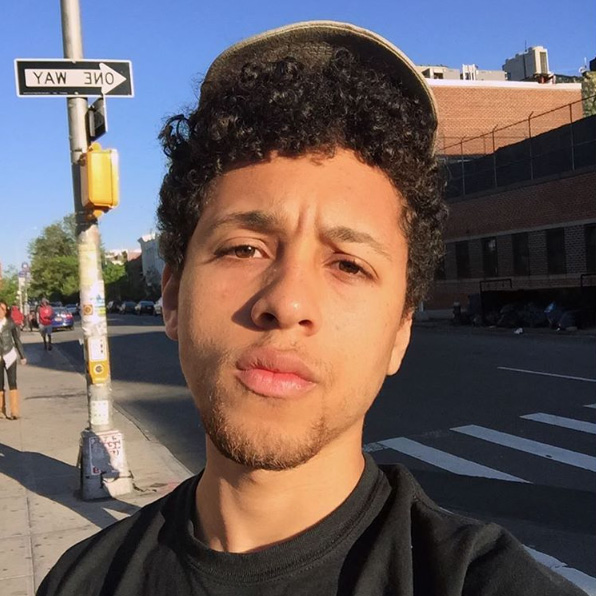 What are your handles? @jaboukie on everything.

How are you preparing for the future? Eating more veggies and staying hydrated.

What are you reading right now? What Are You Laughing At? by Dan O’Shannon; Meaty by Samantha Irby; The New Jim Crow by Michelle Alexander.

What advice would you give to your 13 year old self? Fall Out Boy is going to make a comeback when you’re in college and you’ll be super excited but it won’t feel the same as it originally did so cherish every second. 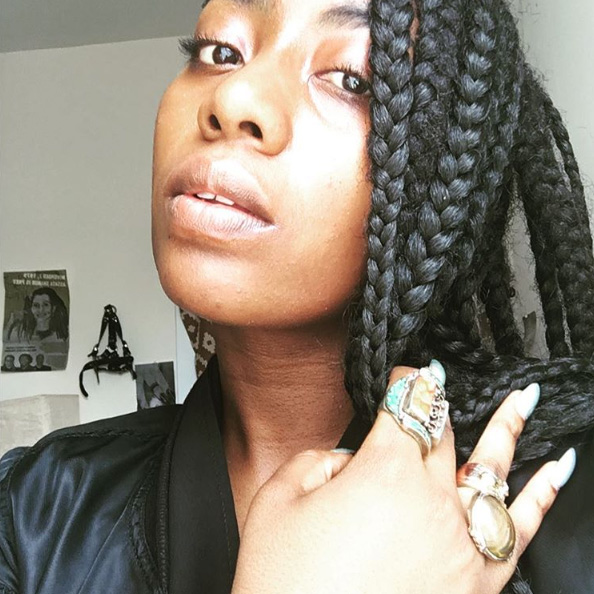 What are your handles? My handle is @calibanthewitch on Instagram.

What advice would you give to your 13 year old self? “You were right.”

How do you spend your days? I spend my days counseling and running around for finals.

Best thing you saw on the internet this week? Fyre Festival aka. Rich Gang Gulag. 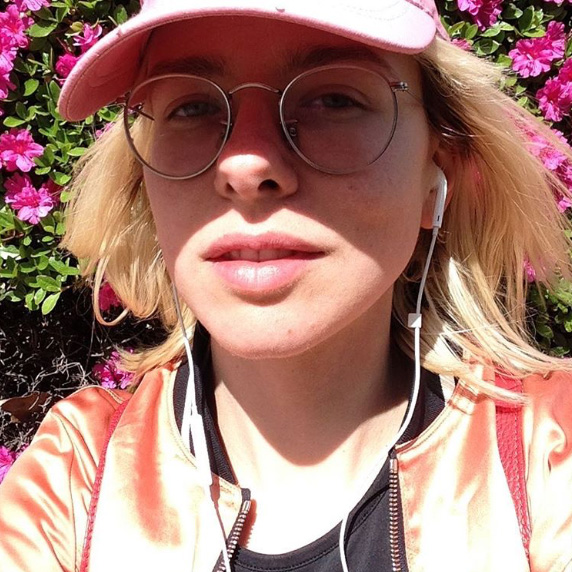 What are you reading right now? I’m reading Legend, Myth, and Magic in the Image of the Artist by Ernst Kris and Otto Kurz.

What’s your favorite conspiracy theory? The real reason the United States changed ISIS to ISIL is because the current administration was freaked out by the religious symbolism of the name ISIS and the psychoanalytic import of the beheadings. The decapitations were a stand in for the American political establishment’s castration anxiety. The fact that American patriarchy was threatened with castration at the hands of a faction sharing the same name as an ancient female pagan deity, Isis, was just too much, so the Obama administration changed the name to ISIL. Fun fact: Isis was the omnipotent Egyptian goddess, an all powerful idol that was subsumed into the holy trinity and demoted to Mary by Christianity.

What are you afraid of? I am afraid that I will never find true love.