Queer Utopia in This Lifetime

Game Designer Porpentine Charity Heartscape “I really hate this world so I make things I can bear to live in.”

Losing My Desire SSRIs can cause you to lose your sex drive, but that’s not necessarily a bad thing. 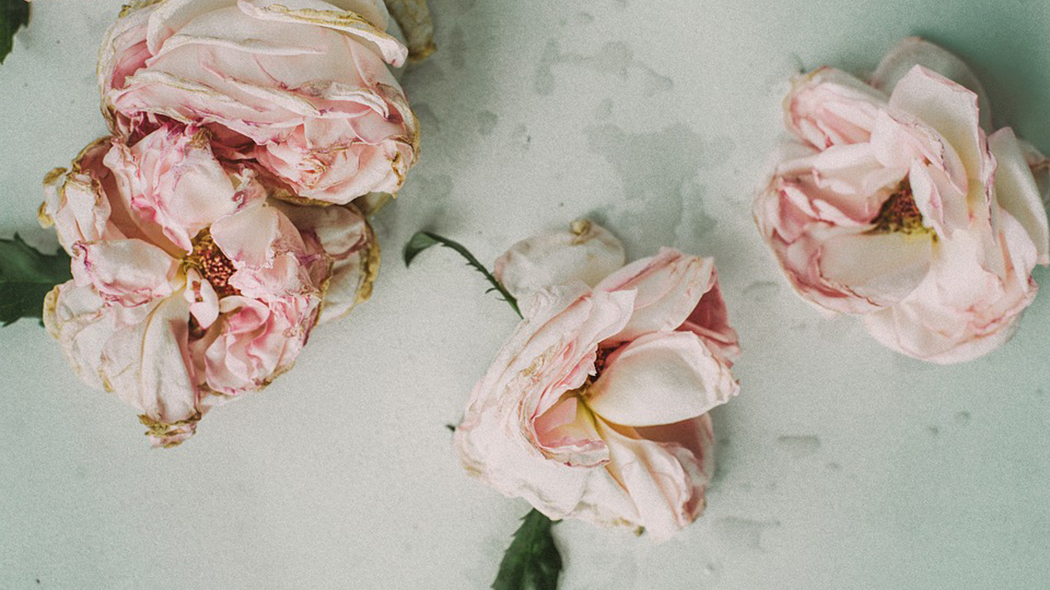 Queer Utopia in This Lifetime

How do you find joy in life when the everyday feels like a hopeless cycle of work, rent payments, and depression? While in the psychiatric hospital, Phoenix Danger reads José Esteban Muñoz and devises a new strategy for happiness.

There’s a corner in Soho that I hate. It’s right by the train, and it’s busy all the time. The foot traffic rushes in from Canal Street, known for its knockoff bags and kitschy wares, and when I’m rushing through there it’s always because I’m late for work. The corner has had its redeeming moments, though. Occasionally, I’ll be on time, or even early, and in two particular instances I ran into two of my favorite people. Favorite is not an exaggeration: these are people who I love, who I wonder about each day, who I miss when they’re gone, and who I can’t believe I’m lucky enough to find on my way to work of all the damned places in this damned city.

My job is okay, and by that I mean I hate it even though it’s a dream retail job (if such a thing exists). I’m one of my only friends who gets to work with all queer and trans co-workers, and I love our union. I remember when I was interviewing for the job, I asked a sales associate if she liked it. “I really like working with the merchandise,” she said before immediately adding, “but all work is hell.”

It’s true. Work is hell, being on the subway during rush hour is hell, our political climate is hell, housing is hell. Everything is a struggle: student debt kills, this city kills, most people I know are about a paycheck ahead of ending up on the street if they’re not already.

My friends and I, we tell each other that our survival is a sign of resilience, and that’s true, but it’s something more than that: an active persistence towards something else. Resilient is a descriptor that relates the survival of our bodies in relation to the passage of time. Persistence is a continuous act of doing and making rather than simply being. Resilience is what allows us to remain in this world; persistence is the pressing idea that this world is bullshit – it’s a rejection of grinding poverty, deadly transmisogyny, the scourge of anti-blackness, the impossibilities of physically navigating this city if you can’t walk, run, and climb. Resilience says we survive these conditions; persistence says we will outlive them.

“Queerness is not yet here,” claims the late José Esteban Muñoz in the opening of Cruising Utopia: The Then and There of Queer Futurity. For Muñoz, the pull forward exists, the persistence exists, but for him, queer persistence isn’t one of mere survival in the now; it contains a desirous element that propels the feeling away from the present into a yet unnamed place where queers of all natures thrive:

“The here and now is a prison house. We must strive, in the face of the here and now’s totalizing rendering of reality, to think and feel a then and there....Queerness is a longing that propels us onward, beyond romances of the negative and toiling in the present. Queerness is that thing that lets us feel that this world is not enough, that indeed something is missing.”

As I recognized my friend’s face I felt the then and there that Muñoz so longs for – a time in the future where one is free to indulge in the affection of an intimate without having to worry about the slow grind of meaningless labor. I loved and despised running into this friend in Soho. Loved: in the midst of bracing myself for the weather, the train, the strangers, the labor, I was pulled suddenly and unexpectedly into a moment of intimacy. Despised: the moment was temporary.

For that moment, though, I forgot my obligations completely and imagined the day spreading out before me, endless, waiting to be spent with a person who has known me for years, who knows what I’m feeling without asking but asks anyway. The crash came soon after – the anxiety that “on time” would turn into “late” if we talked for too long, the thought of being harangued by my manager, the endless stream of demands and invasive questions asked by entitled shoppers. For a moment though, a moment that lasted much less than a second, I felt ... happy?

I can still feel it when I think about it. My body lights up with the emotional memory of vast possibility. Muñoz stresses throughout his work that utopia is not here yet, and that it will not arrive if we simply wait for it. For him, utopia is a potentiality: it must be worked towards if it is to come into existence. But we do catch some glimpses or suggestions that this utopia is possible. These instances are evidence that we are doing the work already, that we’ve risked disappointment, failure, rejection, and sadness to open ourselves to the possibilities of something better.

The happiness I felt upon seeing my friend was almost embarrassing. Not because I was visibly overjoyed by a short moment of intimacy when I had expected none, but because jouissance is such a rarity that it felt as though I was being openly and grossly selfish – me with my happiness. For a moment I felt protected, transported, almost safe. Almost. Scarcity abounds, and many of us forced to make choices: should I pay for rent, transportation, or food? Endure the humiliation of misgendering and deadnaming around holidays, or cut off ties with biological family? Work two jobs, three jobs, or more, only to piece together survival that can hardly be called such?

I have a text thread with my partner and our roommate (friend? Domestic intimate? “Roommate” often seems inadequate), and while working on this article I asked them to name examples of quotidian utopias that last for no longer than moments. I assumed this would be at least minorly challenging, but the responses came in quickly and at great volume: leaving the house early enough to get a breakfast sandwich on the way, opening a full fridge, having someone text you right as you’re thinking about them, the email that tells you that work is cancelled due to snow, touching a friend’s hand in the morning after you’ve shared a messy bed, touching a friend’s hand at all, fresh flowers, perfectly dried dead flowers, that moment in sex where you forget who you are (in a good way), when the train arrives as you’re getting down the steps, recovery centers, finding out it’s warmer outside than you realized, getting ready to go out dancing, a cute barista who always makes small talk with you, introducing yourself to the only other trans person in the psych ward, tweeting a sad thing and having a friend immediately ask how you are in earnest. Even the act of listing itself was elating.

Shortly after my birthday this year I asked my friends and partner to deliver me to a psychiatric hospital, where I stayed for an actually really transformative ten days. We weren’t allowed electronics, so I wrote my friends’ phone numbers on pieces of paper and rotated calling them every day, I brought a weekly magazine that would be irrelevant by the time I got out, and I read Muñoz frequently.

Searching for utopia in a psych hospital is about as bleak as you’d imagine. Muñoz reminds me repeatedly that disappointment must be risked when we motion towards utopia. There were ugly fluorescent lights and exhausted staffers who would sometimes turn defensive, contemptuous, and dismissive (again: all work is hell). There were bedtimes, and there was no privacy. We kept track of who hogged the phone.

Also, though, there was the strange comfort of being surrounded by others who have reached the edge of their sanity, the food that sucked but was always guaranteed, the sunset that became most dramatic for our few minutes outside, a nurse who had my mom’s name and a tattoo that matched mine. I didn’t call friends, which was depressing. Then I started calling everyone, which was better. They read me memes off Twitter, they told me about the massive protests at JFK, they told me they loved me and they missed me and promised they would see me soon. I made friends with the other queer and trans kids (we emerged gradually), and we drew pictures of cartoon flowers growing out of concrete, knives grasped in their tiny leaf-hands.

Also, still, there was the fact that I couldn’t just walk out the door and disappear. Just being there was work – early mornings with small breakfasts, Dialectical Behavior Therapy groups every day (all day), and the socializing, which was burdeningly tiresome and wholly necessary to maintaining some sense of being a human. It was doing and a making towards a future that for once included me.

The other friend I ran into in Soho, they don’t live here anymore, and actually when I ran into them, we had already said our goodbyes. They bought me coffee and walked me to work. Sometimes I’m walking between places in the city, and I pass places where the two of us have people-watched or sat silently or smoked. I don’t know when I’m going to see them again, but I think about it a lot. I think they think about it too. And I can feel what it’s like to be next to them, and for a moment only, that’s enough. 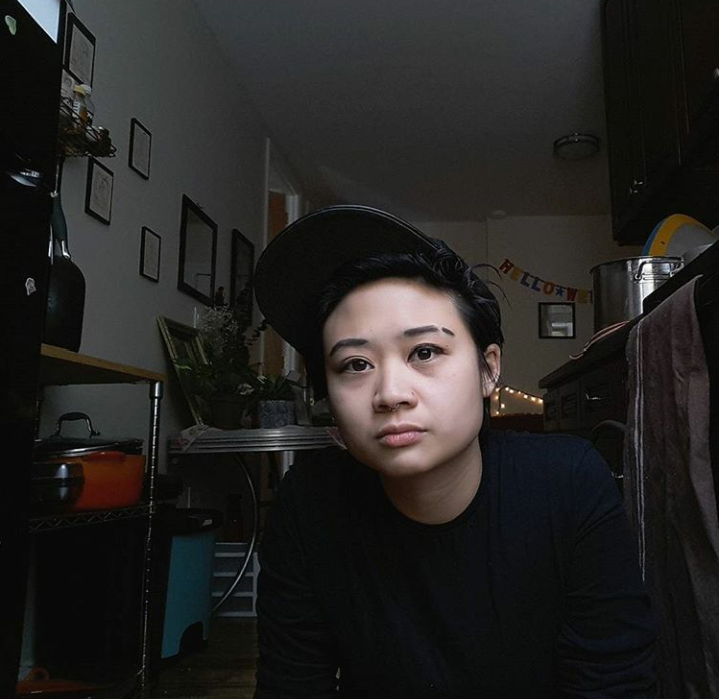 Phoenix Danger is your typical brooding Capricorn. They really believe everything they say.