On Cheating When anonymous fell in love with the guitarist of her boyfriend’s favorite band, it didn’t feel like cheating.

Till I’m Up On My Feet Again The dark lyrics of Chris Cornell made black southern grunge kid Tamryn Spruill feel alright. 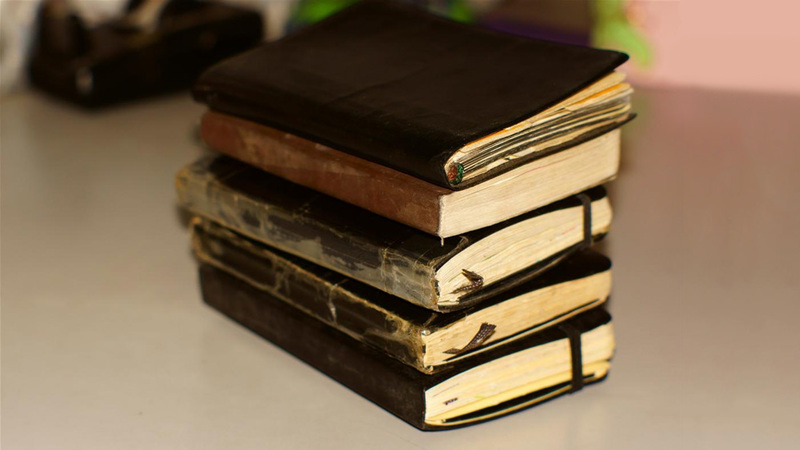 “All I wanted was a piece of her jewelry.”

So begins Dodie Bellamy’s essay “Digging through Kathy Acker’s Stuff,” in which Bellamy, who had had a fraught relationship with the writer but had admired her work very much, is invited by her executor Matias Veigner to retrieve some sort of trinket from Acker’s earthly possessions.

Stuff, otherwise known as the accumulation of belongings, the sum of a life. When someone, like Kathy Acker or my parents, is a traveler, nomad, art collector, art creator, or simply a lover of beauty on a budget, the pile of stuff accumulated is likely to become gargantuan, and at the same time infinitely precious. The stuff left in their final home is the most precious since this is the stuff they selected on each move from house to house, city to city, country to country. The stuff they sent at great expense to their next address. The last stuff they ever accumulated. The stuff they chose carefully and with the wisdom of many years of stuff collection behind them. It feels important to at least look through it, touch it, keep some of it, offer it around before donating the rest to charity or a dumpster.

I didn’t use to be able to look at photographs of my parents nor hear their voices. Now, I’ve become greedy. I scour the internet for anything and everything that remains of their largely pre-Internet footprint. I type into Google different combinations of their first and last names, the name of their theater company, their names together, their names apart, their names plus my name, in case I’ve missed anything. I say a thank you inside my mind to the people with scanners who have spent hours uploading photographs from newspapers, book covers, albums with plastic sheets. I say a thank you inside my mind to whoever digitized old cassette and VHS tape so I can watch, listen, remember, recreate. I share my findings with friends, on social media. In a way it’s a comfort to finally be able to look, listen and watch without pain.

On Mother’s Day, I read “Eulogy” by Sherman Alexie five times. Three times inside my mind and twice out loud with my poetic co-conspirator Sophia. The poem is beautiful, moving, melodic. On that day, I was overcome with greed to hear the poem over and over again. The repetition sang to me, I wanted to hear the words “My mother” 500 times. I thought about how my mother and I had read parts of The Lone Ranger and Tonto Fistfight in Heaven out loud to each other. I thought about how we went to see Smoke Signals together, and both had a crush on Adam Beach. I thought about the loss Alexie and I shared, and the many losses we do not. The losses I can never understand.

In the poem, Alexie laments how the unflinching avarice of Western Imperialism decimated the language of his people. His mother was one of the last of the old-time speakers and did not teach it to him. One section speaks of a cassette tape of his mother speaking the language that was recorded in 1974. Alexie shuns calls to have the tape converted and placed online. “My mother and grandmother’s conversation doesn’t belong in the cloud / that song is too sacred for the Internet.” He says. I think of my joy at being able to hear my parents’ voices just by googling them and feel like a glutton. “English will be your best weapon.” Alexie’s mother tells him, and she’s right. Alexie’s English cuts like a knife.

Bellamy is not content with just one piece of Kathy’s jewelry. After being allowed to go through boxes of Acker’s possessions, she ends up with a spider charm and a Gaultier dress, which she feels still possesses much of Acker’s spirit. “It’s as if the dress has consciousness, is waiting for something, as I come I hear something coming from the dresser, something faint, a rustle, a breath.” Bellamy writes in her journal after allowing the dress to watch her love-making. Three years ago, I traveled back to New Zealand to launch my father’s full-length poetry collection. While I was there, my uncle sent boxes and boxes of my father’s books to the house I was staying in for me to “dispose of.” It proved to be a near impossible task, I could feel the books pulsing with my father’s energy. I sold some, but boxes more sit in my friend’s basement waiting for my next trip home.

Whenever I buy a packet of cookies, I eat most of it in one go. I will down a bag of chips right before dinner which is why I’m only allowed to buy small bags. An older family member who visited recently spent a weekend with us “kids” and exclaimed, “You kids drink too much.” This statement is at once a subjective reading of the situation and an objective truth. I put so many toxins in my body because I don’t know how else to cope. Whenever I have sex, I have to have it again straight away, as soon as possible. I’ve stopped having sex until I can source it reliably because the hunt distracts me too much from writing. And now I’m writing so much I’ve become a glutton for that too, I write every day now, canceling dates and shunning appointments, failing to finish setting up my new room. And I re-read with voracity. I started to read every interview, review, and essay on or by my parents I could find.

This appetite of mine often leads me to trouble. I ask too many questions about my parents, hear stories of disputes with friends, artistic collaborators, or former lovers. These stories are nothing unusual, they were only human after all, but to me they are now divine and it’s hard to hear otherwise. On my mother’s birthday, I read her introduction to a book released after my father’s death. That was my gluttony going too far. I wasn’t ready, and even though I knew it after the first few lines, I kept reading. I had to text her best friend through tears. I had to lie down. It was worth it though, to find out my limits.