Romance Novels without the Romance

Introducing The Get It Issue: What if the path to real political agency for the radical and marginalized is a rejection of politics itself?

Help Performer Macy Rodman spoke with us about working on this latest EP, and what success looks like to her. 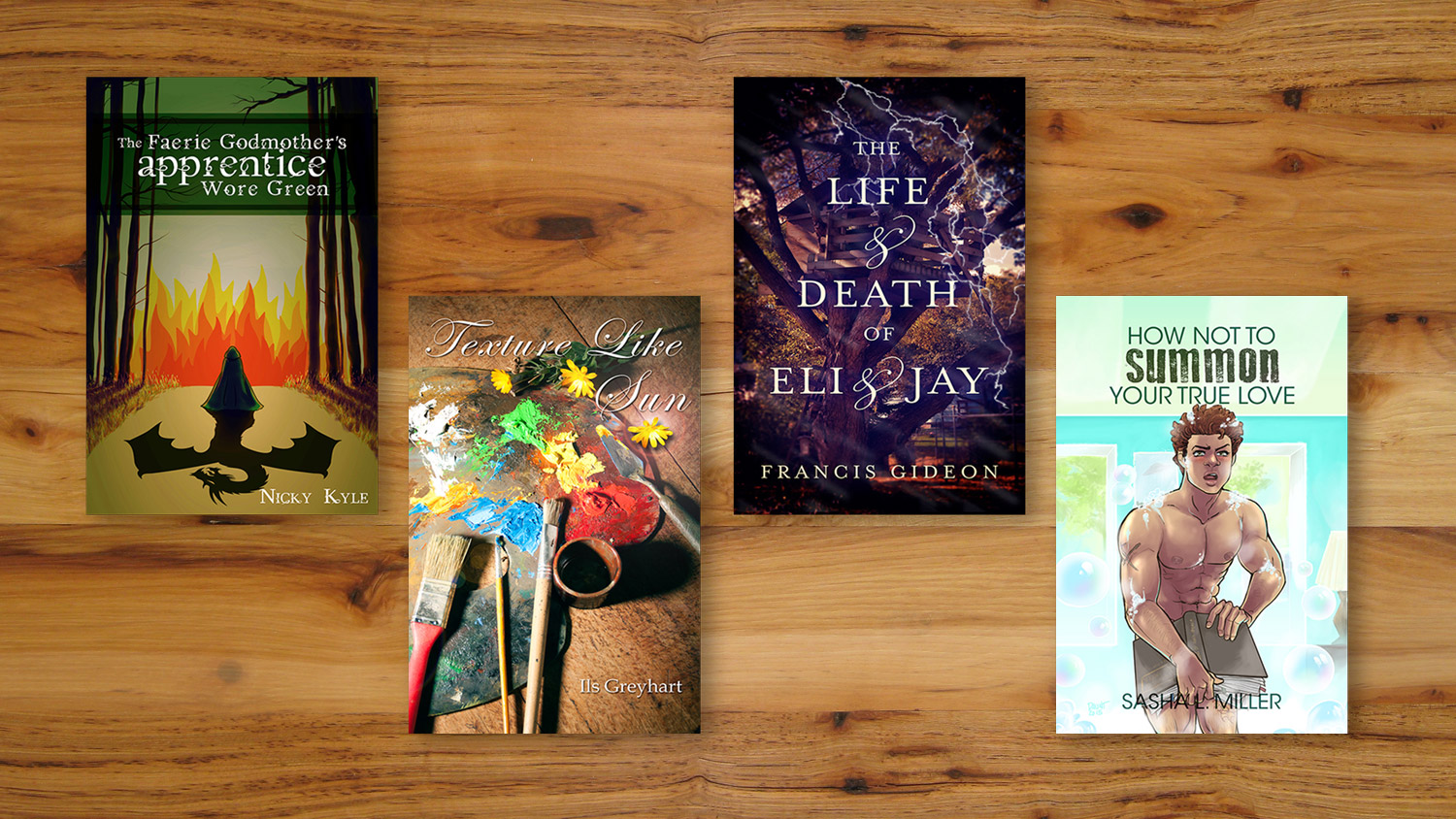 Romance Novels without the Romance

Asexual romance novels break the mold of happily ever after, here are the must reads in the genre.

In March, LGBTQ romance publisher Less Than Three Press will release sixteen titles of asexual and aromantic romance in their Solitary Traveler’s collection. While LT3 has released many asexual stories in the past, this collection is one of the first of its kind. These stories feature aromantic and asexual (aro and ace for short) protagonists, but their shared theme of “solitary travel” should be of interest to anyone drawn to quests.

Most of these quest narratives take place in fantasy settings, like Nicky Kyle’s The Faerie Godmother’s Apprentice Wore Green, where Kyle gives us an aromantic protagonist who must solve a dragon problem. The swords and sorcery take on quests isn’t all there is, though. Sasha Miller’s How Not to Summon Your True Love is an urban fantasy romp where her asexual panromantic protagonist Cy toys with our romantic expectations while he tries to find an enchanted spell book. In Ils Greyhart’s Texture Like The Sun, our very notions of what it means to be an incubus and feed off sex is challenged when an incubus runs into an asexual man named Liang and can’t complete his quest. Finally, The Life and Death of Eli and Jay by Francis Gideon is a contemporary twist on the quest narrative featuring two indigenous boys growing up on a Blackfoot reserve in Canada and never quite adjusting to the expectations around them – whether to fit everyone’s idea of what a native boy is like or what being in love with each other has to mean. Each one of these stories, and the other twelve in the collection, challenge our ideals about love, sex, and the romantic genre itself. When asked why it was important to tackle a collection like this, head editor Samantha Derr stated, “LT3 is firmly committed to the belief relationships and romance can take on many forms. The Solitary Travelers collection is important because of its specific focus on asexual and aromantic relationships – romances that don’t include sex or relationships that aren’t founded on romantic love. Asexuals and aromantics feel for and interact with their partners in ways we don’t typically think of when we think of relationships. Those stories are valid and they’re worth telling.”

While her statement may seem obvious to us – of course love is possible without sex – she also points out how ace and aro people form and establish relationships in ways that run contrary to what we may expect in romance. To write a romance novel about an aromantic protagonist, someone who by definition does not feel inclined to romance, may even seem counter-intuitive. But this collection, along with many of the titles in LT3’s backlist, prove that not only is it possible to have a romance story without typical romance, there is a dire need for it, too. As asexual romance author Matthew Metzger remarks, “we [asexuals] still meet people we’d like to date, we meet people and go ‘holy hell, you’re awesome, I’m gonna keep you, let’s be friends,’ and we are perfectly capable of forming very deep, very intense, and very permanent attachments to others. We’re just not into the whole sex thing.” And yet, as Metzger later points out, “asexuality [is] still so enormously underrepresented in queer fiction (and queer romance especially).” LT3 and other presses, like Good Mourning Publications, JMS Books, and Harmony Ink, have sought to reconcile this lack of representation in recent publication years by putting out their own asexual stories.

So what is romance as a genre? In its most basic sense, a romance is a story that ends happily.

The “happily ever after” (HEA) of a marriage proposal was the standard ending in most period romances. While that ending may be the same for some contemporary romance novels, it is not always the case. What we define as happy, as a marriage, even what a family is has always changed based on the culture. And as the culture shifts, so must our definition of the romance genre.

The “happily for now” (HFN) category is the best example of this. Many readers and writers no longer need to seal off everything in the book with a perfect fairy tale ending. HFN vary on how they get the couple to the final conclusion (some in a marriage, some with consummation, some with a different courtship milestone), but what HFN endings have in common is a distinct hope for the future.

As time change, more people have accessed this hope for the future. Romance Novels in Color focuses on reviewing and categorizing romance tales with non-white protagonists, while Harlequin’s Kimani imprint publishes solely manuscripts with African American protagonists. Harlequin has also expanded its imprints to include Carina Press, which handles all LGBT manuscripts – and they are not the only press to expand their orientation catalogue. In the past twenty years, the LGBT genre of romance has taken off.

Sometimes referred to as m/m for gay romance or f/f for lesbian romance, these stories function on the same basic premise as most straight romance novels. Two characters meet one another; sometimes they hate each other, sometimes there’s instant attraction, and sometimes it’s a mix of both reactions. The couple gets to know one another, consummates the relationship, and maybe has an adventure. They are separated by an event, a miscommunication, or something else that provokes an “all is lost” moment. Then, of course, they get together again. Some of these LGBT romance novels tackle social issues like rape, HIV status, homophobia, transphobia, coming out, and so on. But some are just like their heterosexual counterparts: they are fun romps with happy endings that deliver packaged hopes for the future.

For transgender authors and readers, this hope for the future is not just needed in the romance and LBGTQ community – it is necessary for survival. In their post for Queer Romance Month, transgender author E.E. Ottoman wrote about their struggle to be both trans and a romance author. In spite of writing narratives that weren’t typically seen by much of their audience base, Ottoman refused to give up writing in romance because “I refuse to believe that I will always be alone, that being trans has doomed me to isolation and unhappiness. [...] This is my happy ending, and to me this is why romance matters.” Asexuality and aromantic identity, because they define themselves through negation (as not interested in sex or romance) become hard to see. As Julie Sondra Decker notes in her book The Invisible Orientation, identifying as asexual or aromantic becomes a different kind of struggle for visibility than previous LGBTQ identities. When you don’t want to have sex and aren’t part of a visible couple, people assume your identity. You blend into the wall and disappear. Invisibility often happens with gay and lesbian identities (and especially bisexuality), but they often have the flip-side of the representational coin where they are also hyper-visible (and usually hyper-sexualized). Asexuality does not have the same type of hyper-visibility; instead, when asexuals are represented in some way in media, they are envisioned as robots or alien races. When a culture refuses to see you as a human being with wants and desires, it can seem like you have no future.

When denied the typical happy ending that their queer counterparts or hetersexual protagonists receive, aromantic and asexual writers go out of their way to write their own books. Or they implore, like Metzger did in his Queer Romance Month post, for current authors to try their hand at this genre and “stop being scared of writing people who are just like you, [only] without the screwing.”

When any media gives us close partnerships between two people, they effectively dangle the “will they or won’t they?” question in front of viewers. Both asexual and aromantic romance take that question and does two things: it asks “who cares if they do?” and if they “do,” then an asexual/aromantic romance changes implied sexual act in the question and replaces it with something else. That “something else” can be a simple as a strong friendship that turns into living together with a couple cats and a cactus, or it can be something as epic and sweeping as the quest narratives inside Less Than Three Press’s Solitary Travelers collection.

Each month, Harlequin releases over one hundred titles. Each month. There still needs to be a lot of working in the asexual community catching up. Until then, I’ll have to stick with these stories and read them again and again. 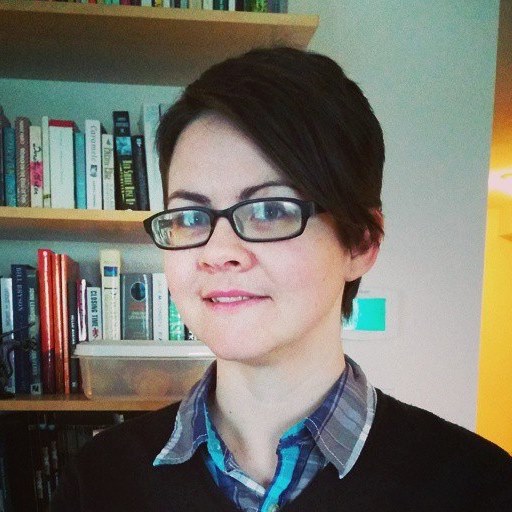 Evelyn Deshane has appeared in Briarpatch Magazine, The Rusty Toque, and the forthcoming Tesseracts 19: Superhero Universe. In 2015, The Steel Chisel released Mythology, a poetry chapbook containing Evelyn's speculative poetry. Evelyn received an MA from Trent University and currently studying for a PhD at Waterloo University. Visit evedeshane.wordpress.com for more information.