Insufficient Memory Why can’t we remember the names of our favorite songs anymore?

Finding My Violence To fight for survival, you must first learn to control your rage. 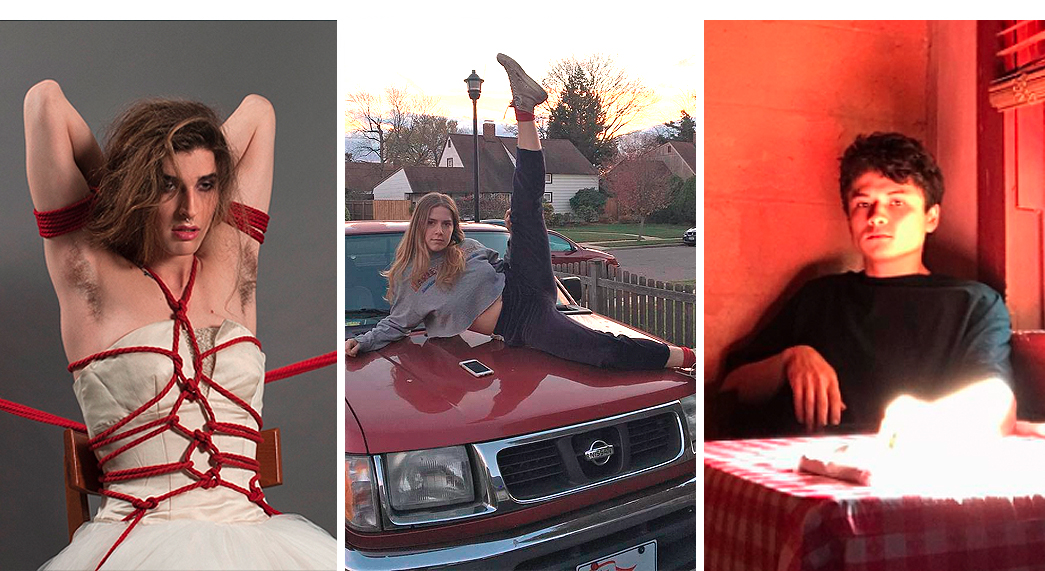 There’s a lot of wishy-washy weather and a lot of non-clarity in the air. It must be April, the cruelest month. While Mercury in retrograde might be tearing up our emotional cement, for these three angels there are still some things worth lucid dreaming about.

Touch base with Cherry Iocovozzi, Rio Sofia and Sam Kiyomi on their personal body care routines, the music that is keeping them going, and their current modus operandi. 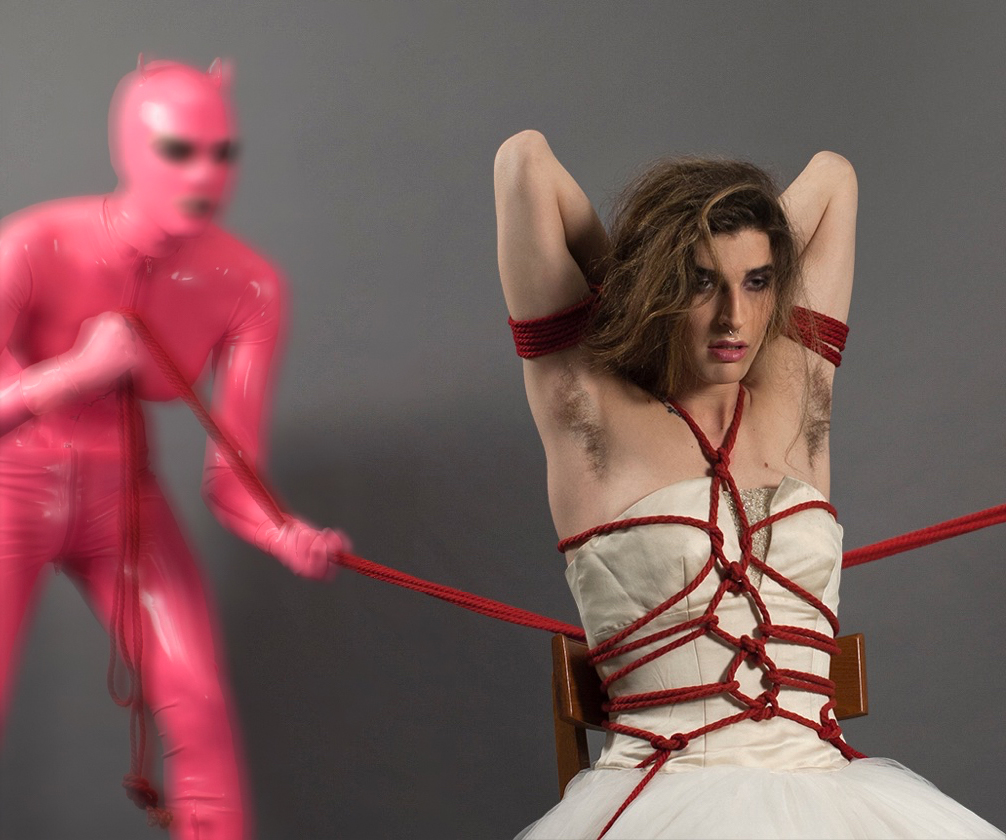 Pronouns: She, her and they, them.

What are your handles or personal sites? I'm off social media for the most part right now.

Where are you from? I was born in Querétaro a few hours outside of Mexico City, raised mostly in Miami.

Do you have a body care routine? I try to cook as often as I can. It's harder in New York because I spend so much time outside of the house, but cooking and planning out my meals helps me structure my life a little and make more intentional decisions that in general are better for my body and mental health.

What do you dream about? Mostly dreams about doing really tedious things like looking for tupperware lids and stuff.

Current modus operandi? How to act as messy as you feel without worrying your friends too much.

Fave music to get you going or cheer you up? Los Panchos when I want to sulk, Fleetwood Mac when I need to stop sulking.

Any people or projects you want to hype? I’m making a lot of art right now about forced feminization fetishes, which I’m pretty excited about. I’ll be showing that work at the end of the year. 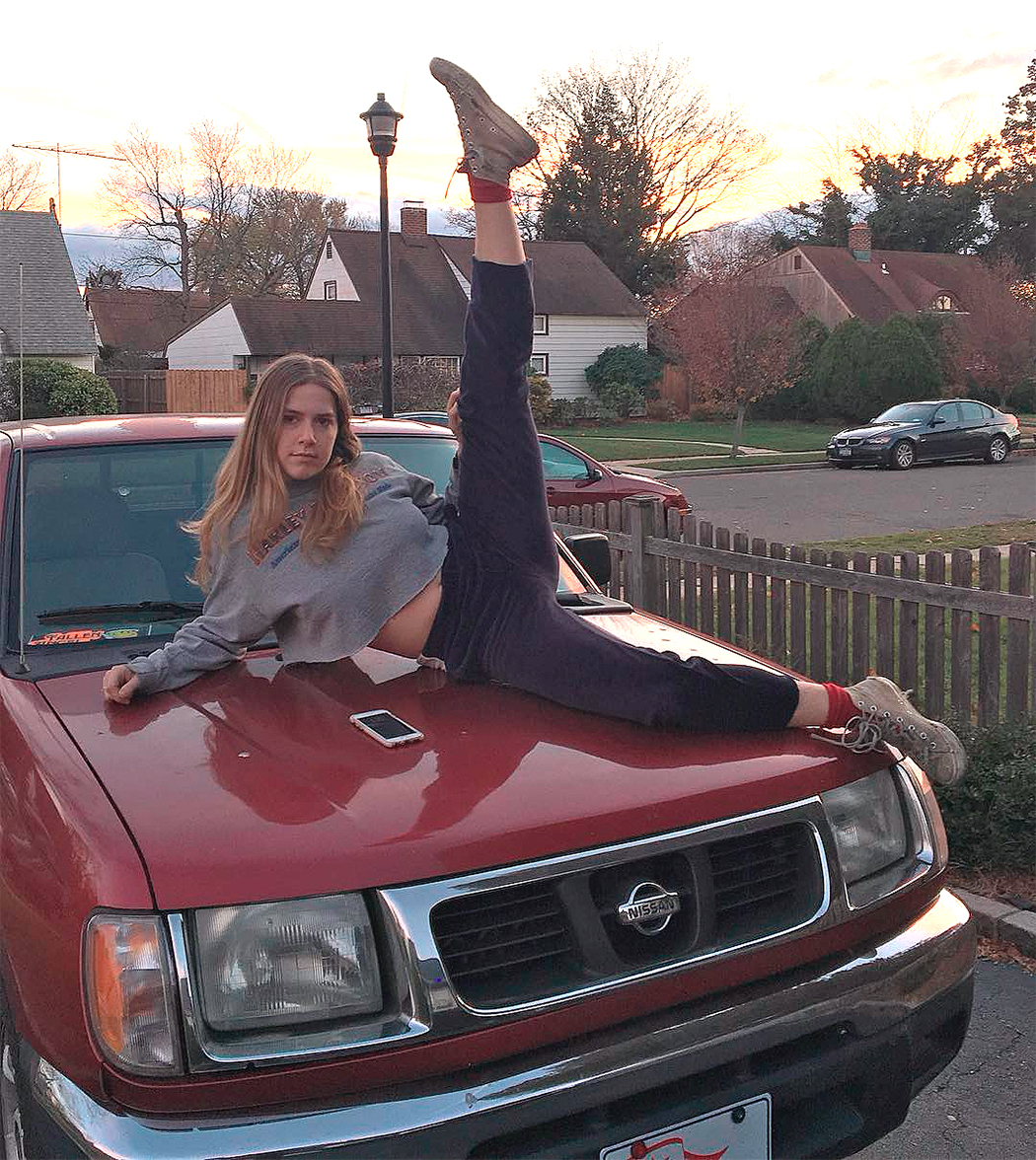 Handles? I only really use Instagram now. I have three Instagrams and the handles change a lot either because I’m hiding from something or because I’m a libra and I can’t make decisions. My main one is @earl_had_to_die. My burner is @two_tears_in_a_bucket. I also have a very amateur make up Instagram which is @evil_fucking_bratz_doll.

Where are you from? I’m from Savannah, Georgia, but I’ve lived in New York for almost seven years now.

Do you have a body care routine? I don’t do much from the neck down other than this bar soap I got at Dimes and an exfoliator. But my face is different. I use a cleanser: usually a free sample that I got from Sephora, toner with Rosewater in it, and a face oil I made with almond, tea tree, peppermint, rose, sage, bergamot, lemon and lavender oil. I will sometimes use a moisturizer or primer depending on how my skin is doing or what the weather is like. I haven’t figured out how to do my hair so I just use shampoo and conditioner a couple times a week. No other products. My hair is very straight forward and looks boring most of the time. If I have dandruff I’ll spray a mixture of apple cider vinegar and tea tree oil in on my scalp 20 minutes before I wash it. I put rosemary oil on my scalp after I wash to help with growth. I won’t go into my make up routine because that’s too involved and I only really wear make-up on my day off because it takes an hour or more.

What do you dream about? I have kind of realistic dreams. I’m usually at work in my dreams or at home or in my home town. Sometimes something is a little off like it’s an alternate reality. Also one person in my dreams can have multiple faces and shape shift a lot. A couple nights ago I dreamt I accidentally murdered someone and was trying to cover it up.

Current modus operandi? I had to google what this meant. I think I generally psychotically do a bunch of things at once and pick up the pieces after. I don’t think that’s a good way to do things but I’m working on tabling issues and addressing them at a time when I can actually pay honest attention. I can be dramatic, so I’m working on that too. Mostly I just want to come at things with positivity and acceptance.

Any people or projects you want to hype? One of my best friends Nez Hafezi was recently diagnosed with Leukemia, which among other things has basically incapacitated them for the time being. Me and some others set up a Youcaring page. They are so brilliant and need community support right now. 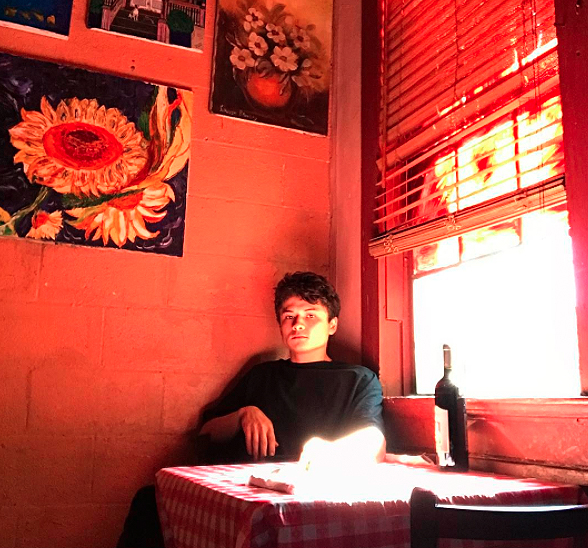 Pronouns: He and him.

Where are you from? Uptown Manhattan. My mom lived on 113th and Broadway, my dad on 215th and Seaman.

What is your body care routine? I work on an urban farm and I live right across the street from it so I get a lot of physical exercise and eat good. Meditation and yoga in the evening relieve some strain. I keep lavender essential oil near me or on me at all times, usually on my sleeves, my collar, and on my temples. Keep water by the bed. Stretch when it feels good. Solicit massages from friends. Lots of little things.

What do you dream about? I’ve been dreaming about joy recently. Like gliding across the surface of clear shimmering water or floating through the sky. Been dreaming about forfeit too. Like a feeling of tranquil powerlessness as my plane crashes gently into the forest and calmly accepting the inevitable. Been having dreams that feel like the next chapter in some earlier dream I had. Usually dreams of discovery or pursuit or escape that feel like they picked up where the previous one left off. Been appreciating all the little things in dreams. When you write your dreams down you start to notice them more like the dope shades of blue of a library you were in at night while the moon came in from the glass rooftop, or the feeling of dunking your head into clear water and opening your eyes and seeing a school of little iridescent fishies swim across your field of vision, I dream for those moments.

Modus operandi? “Mu.” I got it from Robert Pirsig, it’s my favorite part of Zen and the Art of Motorcycle Maintenance. It’s an answer to a question, a state of being that is neither yes nor no, not one nor the other, nor both, nor neither. It’s a state that forces you to reexamine the premises on which your question is based, because the framework of the question is inadequate for the truth you seek. Re-ask the question.

What songs have been getting you up and at ’em? OSHUN’s song “Stuck.” It’s not exactly a get you going type song but it been keeping me charged and grounded.

Any projects you want to hype? Go vote for Huerta Del Valle, a group of urban farmers outside of LA, they are in a grant competition and need the votes to make it to the next round.