An Orchestra is a Color Leila Adu on music, moving and nurturing the whole. 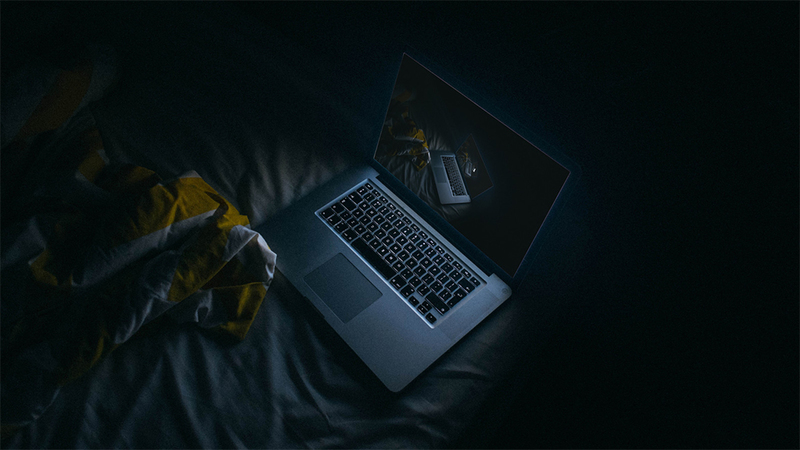 In today’s political climate, it’s hard to avoid flying into a blind rage once in awhile.

If you’ve never been Mad Online™, you haven’t been online long enough. It’s easy enough to curate your timelines, block and mute offending accounts, unfriend that idiot you went to highschool with, and so on. But especially in today’s political climate, it’s hard to avoid flying into a blind rage once in awhile at the things you’re subjected to every day: the near-daily headlines about our current administration’s attempts to strip us of our rights. The quote-retweets by well-meaning and not-so-well-meaning people exposing us to bigotry of all types. The randos in our mentions literally searching for an argument because we spelled out “Trump” instead of “Tr*mp.” You can try your best to keep your cool, and even succeed most of the time, you’ll probably experience being mad online at some point.

Being mad online isn’t so different from experiencing anger offline. Anger is anger and it’s just as real if it’s caused by something you read on your phone screen. But for me at least, it does feel more invasive. I don’t go online seeking arguments, political or otherwise. I log in for a pleasant distraction and to catch up on how people are doing. And while I do know infuriating responses can come from anywhere at any time, and garbage news can be retweeted onto my timeline and probably will be, I still am never fully prepared for getting Mad Online.

For the most part, I’m not an angry person. Through some combination of learned patience, self-medication, and, for better or worse, my non-confrontational personality, I just don’t get mad very often, or at least, not in ways that are detrimental to me. But it wasn’t always that way.

I was a pretty impatient kid, and definitely an angry teenager. That’s not uncommon of course and people grow out of their childhood selves, but I tend to believe that emotionally we’re often the same as we always were. I can still recall viscerally what it felt like to be frustrated to the point of hot-faced anger as a child. That frustration often came from feeling like I wasn’t being listened to. And while I learned how to manage my emotions better, I don’t think I ever fully distanced myself from the things that made me tick.

I remember sitting in my dad’s car when I was about 13 or 14. It was just the two of us. As usual, I was sulking about something. Back then my general demeanor was a weariness with the unfairness of the world. Some pretty fake-heavy stuff. My dad said, “you need to stop being so miserable.” There was more to it, but that was the key line. And what I took from that wasn’t “choosing to be happy” but confronting my anger and my other emotions too.

I knew he was right because whatever triggered my anger wasn’t really the true source of that anger. I admitted to myself what really bothering me, what made me so quick to anger all the time. The real issue wasn’t about how unfair the world was, it was watching my parents’ marriage deteriorate in ways they didn’t even seem to notice. I even tried to confront my parents about it, but couldn’t bring myself to really do it. It was the first time I saw my parents as real, fallible people, and that made my world feel unfair. Even though it never affected their parenting, I felt awful all the time.

Now here is where someone might tell you that they confronted the problem head on, resolved it, and moved on. I did not do that. But I did make the decision whatever personal turmoil I was feeling about my parents, I wouldn’t let it color every single moment of my life. I decided to stop being so miserable. I learned that I needed to be honest about what is making me angry before I can let that anger go. And things got better with me and with them.

Being mad online doesn’t often allow for that kind of introspection. Before you’re through parsing those 140 character you’re already letting the chopper sing. And sometimes that’s what’s needed! You need the release and shitty people should be called on their shit. But it’s dangerous too. It’s so easy and so instant. And while it might feel gratifying in the moment, it can quickly become a drain on your time and mental energy.

The last time I was really and truly Mad Online was the day of Donald Trump’s inauguration. I caught all kinds of flack from strangers for saying bigots aren’t entitled to nice treatment. I wasn’t in the mood, on that day of all days, to hear counterpoints to something I think is an innocuous and valid statement. As non-confrontational as I am, I hate when people refuse to address bigotry in the name of civility, when people are more concerned that the targets respond politely than the bigotry itself. It felt good to fire off a few very visible responses but other than a few rare occasions such as this, I usually mute and move on and that works for me. Being careful with how I channel my anger and when to engage in confrontation is important to my mental health because I’m easily stressed. So most times, I just don’t respond.

There are times when not responding makes me feel guilty. Even as I try to avoid performing outrage (or performing anything for that matter), I sometimes have this nagging feeling that I should be angry, either for myself or on behalf of other people. Sometimes I feel that I’m contributing to the shittiness when I let it go unchecked. But I try to remember that it’s not my responsibility to correct ignorance at the expense of my own well-being.

I manage my online anger the same way I manage my anger generally. I ask myself what I’m really angry about. I use my mute button a lot to put things out of sight and mind. I get petty and think about how good things are going for me and how sad a person’s life must be to start a fight with a stranger, unprovoked. I force myself to not respond immediately, weighing honestly the cost and benefit of reacting angrily. Usually, I find it’s better for me to keep quiet, but in moments when it’s genuinely worth firing off a response, I can’t stop myself anyway.