An Orchestra is a Color: An Interview with Leila Adu

Finding My Violence To fight for survival, you must first learn to control your rage.

Being Mad Online Yung Costanza weighs up the pros and cons of reacting to online shittiness. 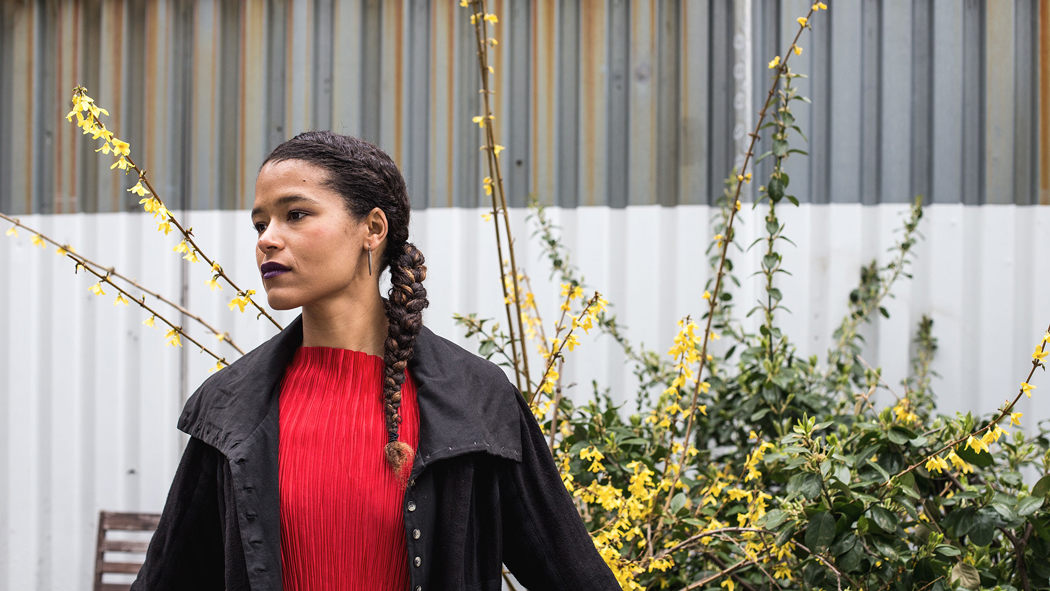 When the world refuses to make a space for your work, sometimes you just have to make your own.

I first met Leila as a teenager at a bar a mutual friend had opened as a venue for avant-garde musicians and artists who’d been squeezed out of every other profit-driven space in town. At that point, she was heavily involved in the free jazz/experimental music scene in Wellington and through working on various theater productions together, soon became the cool older sister I’d never had. I’ve come to conceive of her over our many years of friendship as someone who is constantly battling expectations of who she should be.

It’s been a blessing to reconnect in the lonely metropolis that is New York while she’s been working towards a PhD in music composition at Princeton University. With few employment prospects available upon graduating, Leila has once again decided to move on, this time to Paris, and as always, she leaves a trail of broken bands in her midst. I got to sit down with her for Mask Magazine (her favorite magazine, she claims) before she leaves.

Leila, I’ve known you since I was 16 and it seems you cannot sit still! Why the constant ants in your pants? What are some of the best things about constantly traveling? What do you find exhausting about it?

I’m baby of people from different continents and was born in another. Traveling is part of my anatomy. I find a lot of time for stillness though – I prioritize it. The best things are seeing the faces of people you don’t know and somehow knowing them, feeling human kindness and smiling. Saying “yes” to a new experience because you are somewhere new and it makes sense. Eating new food. Collaborating with musicians and artists. Bureaucracy is exhausting and after a while the newness becomes exhausting too. Then you want to be home and quiet. I cherish silence.

Aside from shifting location, you also alternate between different music styles. In New Zealand, you were heavily embedded in the experimental/free jazz scene. Last week, an orchestra played one of your compositions at St Paul’s Cathedral. What sorts of things inspire or motivate your musical transitions?

When I write a score, or words, I always end up color coding them. I think musically in colors and feels, maybe a bit like a Kandinsky painting. For me, an orchestra is a color but so is a Moog synth. The notes call for different colors. Sometimes there is just a piano and that’s fine too.

You created a DJ/performance character during your most recent New Zealand tour, DJ Black Rainbow. Can you talk about this newest iteration of Leila Adu the musician?

Yeah. Basically, I do many different projects and it’s confusing for everyone – composer, improvisor, perfomer, recording artist. I’ve been Black Rainbow for a while, when I’m not one of those, like as an MC. Then I decided to DJ as Black Rainbow, playing all female producers and when the word “bitches” comes up, replacing it with “witches” on the mic for fun. Then I thought about how DJs are a bit like arrangers, in the sense that they are both selectas. I wanted to create a band in the realm of the greats, Mingus, Ellington and Sun Ra, so I arranged black protest music, from Nina Simone, Flying Lotus, Marvin Gaye, Sun Ra and Courtney Bryan for theremin, analog synth, horns and drums with a bunch of incredible Wellington musicians as Black Rainbow And Her Big Band. I guess Black Rainbow is about humility and respect for music creators of marginalized identities and this ego taking a bit of a back seat. It feels important in this political moment to think about nurturing the whole. 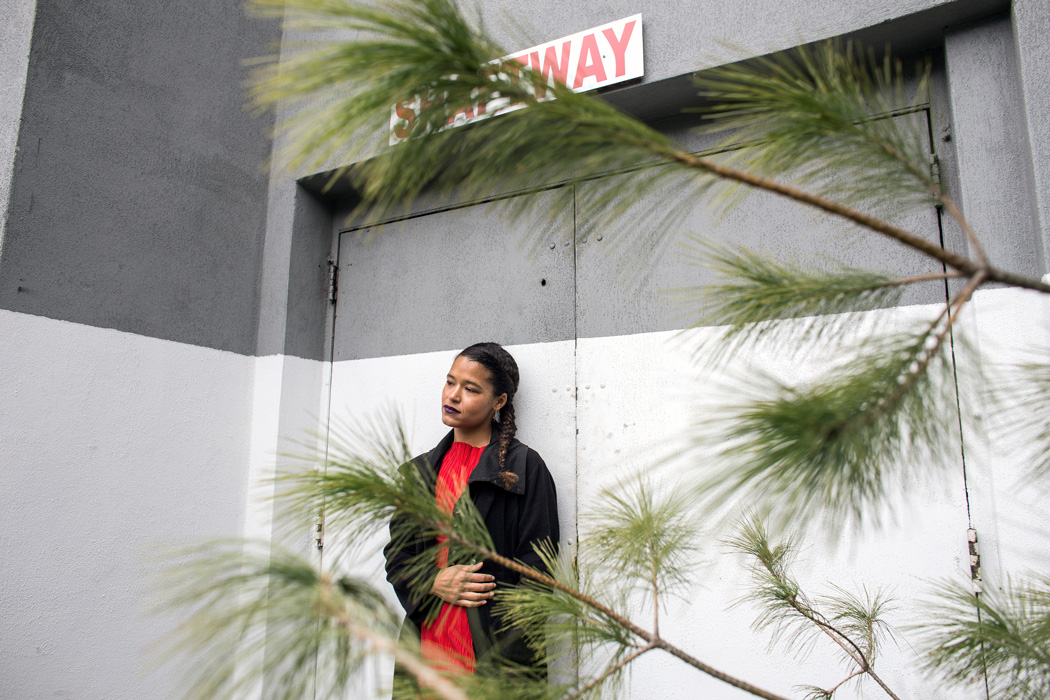 I was incredibly moved during the orchestral performance of your pieces. It’s 2017 and it’s still a rare sight to see an orchestra perform compositions by a black woman. And your lyrics are one of the many really interesting parts of your music. How does your identity impact your experience of the world both in relation to the music industry and academia?

Being a woman in the music industry, as subject and not object, is tough and unlikely. I feel sad for younger women, that it changes so slowly. The commercial and power systems of music fit types of people with types of music. Being a person of color making the music I make is even tougher, because it doesn’t fit in a genre box. When it comes to academia, or let’s say “notated music” – the stats for women composers having their music played are bad but the stats for people of color are worse. I have written academically about the word “composition” and about genre, amongst other issues of gender and race. Rather than forcing diverse people into a musical sphere that might not fit, I think it is time to open up the spheres to be more inclusive. If we are barking up the wrong tree to the wrong guy, bark up the right tree and look at those who are doing it well. It might be slower but it is way less annoying. Basically, Princess Nokia is my answer to life right now, and Missy Elliot.

One of the lyrics in “Negative Space” is “Send your kids to school in a hoodie / They won’t wind up in a body bag / They can do drugs, get arrested, next day wind up a college grad”. My two “moves” to New York were punctuated by news stories of racialized police violence, the first time I came Sean Bell had been killed the night before his wedding. The second time, Trayvon Martin (I’m assuming this is the hoodie reference in your piece). I guess for us coming from New Zealand where the police don’t carry guns, this is a really harsh and fast radicalisation. How has living here changed your political views as well as your music?

I had seen guns in different countries, such as France, and Ghana, and I remember being totally shocked. It felt unsafe to even see policemen or military with them. The thing, a gun, is simply terrifying to me. Knowing that people who look like me are shot for looking like me in this country is hard to stomach. Knowing that anyone is being shot, anywhere in the world, is hard to stomach. I went around feeling sick for a long time, hearing stories of police murders and seeing videos and nothing being done about it.

I write songs about what I see and feel to make sense of them. I don’t think: I’m going to write a political song. I think: this hurts. What’s the reason and how does it sound? Could a sound make someone understand something new? 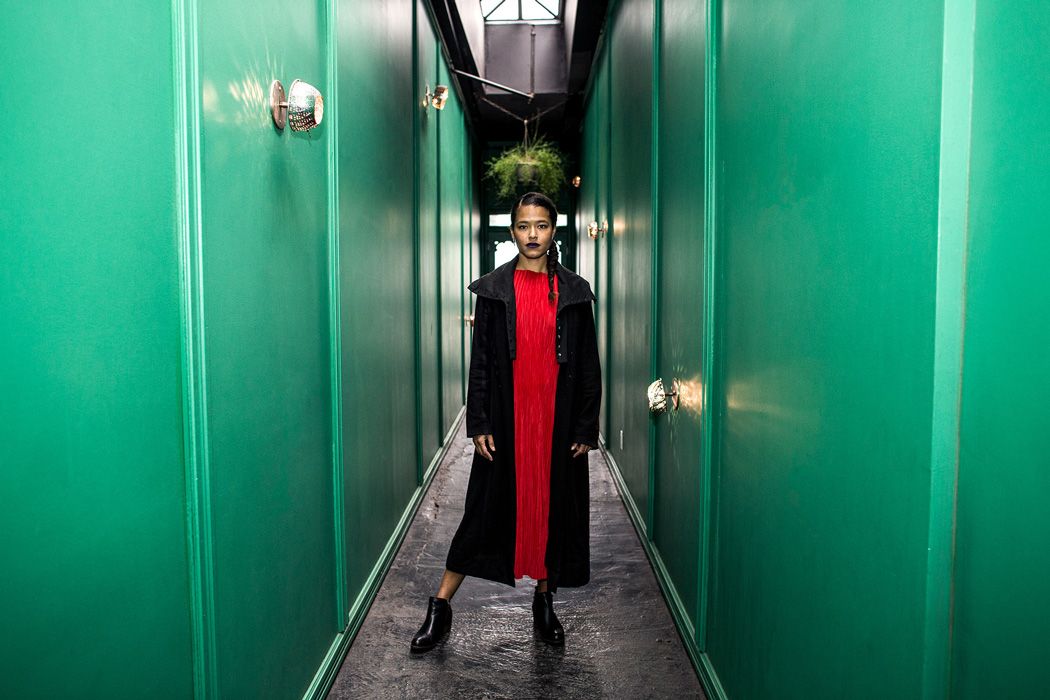 What are some of the things you wish the rest of the world understood about New Zealand? What do you feel most removed from when you’re far away? Can you see yourself settling down back there one day?

From extensive travel, I think that most people realize that New Zealand is beautiful. It’s true and it’s a nice legacy to have. I miss the nature, the sea. The forests, or “the bush.” The rugged beauty and the sound of birds. I also miss the softness of people. There is no city hard enough to cover that up completely yet. Yes, I could see myself there but my future seems hazy at this moment – I think I’m a little there in spirit always (and in humor).

You’re about to take off once more, back to Europe where you’ve already lived, but a new city this time! What excites you about your move to Paris? What projects, musical or otherwise, do you hope to work on there?

I’m right now finishing my PhD, so I will take some creative pause and slow down. I’m working on some new electronic music that’s more minimalistic. I am interested in teaching music in combination with mindfulness more, as I think that mindfulness is the most important tool in my life, in every sense. The best thing I have done in New York has been teaching at Sing Sing Correctional Facility on the faculty of Musicambia, so I would like to do more social justice through education.

This idea, to shine a light on the work of other creators of marginalized backgrounds, is growing in me now. Academically, I’m speaking on my research about Ghanaian music producers at a conference in the UK with a couple of women professors on our Ethnomusicology in the Digital Era panel in the Fall. Creatively, I can do this through Black Rainbow projects in Paris and with a record label collective I co-run, Belts and Whistles, which is based in NYC and Philly, so yeah, you’ll see me around. “Hurry up with my damn croissants.”