The Fight Against Amazon HQ2

May Horoscopes Something is moving underground this month, possibly to create some earthquakes.

Narrative Relapse In her memoir The Recovering, Leslie Jamison tells the story of her alcoholism and recovery. 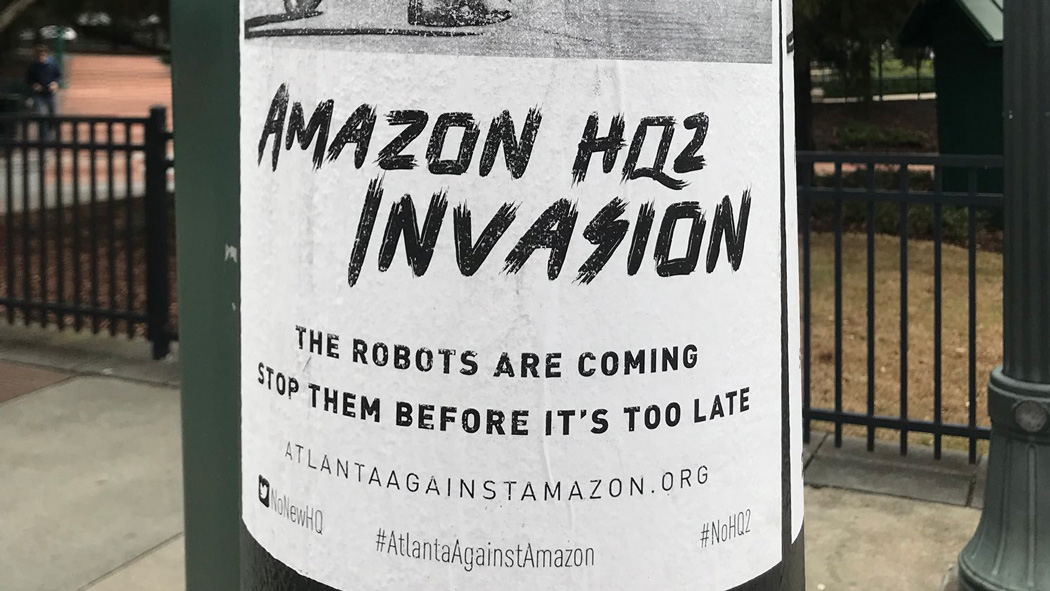 The Fight Against Amazon HQ2

The Space Needle used to be Seattle’s iconic landmark. But thanks to Amazon, high rents and widespread homelessness are now competing for the title. The company’s mark on the city includes a massive glass dome holding a botanical garden that is mostly closed off to the public. As Amazon starts planning its second headquarters and silently taking bids from cities around the country, people are getting organized to stop them from taking over their city, too.

It didn’t take Jordan Mapps-Hunt very long to figure out that he wanted to quit his job at an Amazon fulfillment center.

Mapps-Hunt, a student at the Art Institute of Michigan, had rearranged his class schedule to accommodate the third-shift Amazon job at a center located outside Detroit, where he’d spend about eleven hours a night four days a week, standing on his feet fulfilling orders. The gig had perks – he made roughly $13 per hour, which is several dollars above Michigan’s $9.25 minimum and on par with a similar job at Target. If he hadn’t still been on his mom’s health insurance, he would’ve taken advantage of the job’s health benefits. But in February of this year, after just three months, Mapps-Hunt decided to quit.

“The pay there was cool, [but] I don’t think that covers the feelings of it,” he told Mask. “That stuff is super bad for you psychologically. I would dream about that building, and it made me very irritable. I don’t communicate as well with people at my new job because of it.”

Mapps-Hunt said he and his coworkers complained about an older employee who sexually harassed women working there, but faced no repercussions. The job was rife with favoritism and casual racism, he said.

“Most of us were black, most of the workers at least,” he said. “Most everybody high up were white. I realized we weren’t ever taken seriously when we raised concerns. You could tell they really didn’t give a shit about you. My body, I was constantly in pain from always being on my feet.”

The company carefully tracked “time off task” by requiring workers to scan items immediately before and after breaks, but Mapps-Hunt said there wasn’t always something ready to be scanned. He said management also made it difficult or impossible for coworkers to care for sick parents. Mapps-Hunt stopped enjoying life as much outside of work, and rarely slept.

“No amount of money is worth your soul,” he said, and then, muttering under his breath, “Fuck Jeff Bezos.”

Mapps-Hunt is hardly the only one to criticize Amazon. In March, Amazon employees in Spain went on a 48-hour strike over working conditions, and Telesur reported that the megacorporation fired 100 temporary workers in retaliation. Amazon’s headquarters are located in Seattle, Washington and its rapid growth has caused housing prices to surge, leading many people to blame Seattle’s homelessness spike on the company. The city’s socialist city council member Kshama Sawant told Kiro7 in September 2017 that “Amazon has ...been using its monopoly power to gobble up swathes of prime Seattle real estate, and extract plum deals from the city’s Democratic establishment. This political establishment has, in the meanwhile, overseen an explosion in homelessness and an acute crisis in affordable housing.”

The most recent catalyst for anger directed at the company is Amazon’s plans for a second North American headquarters, dubbed “HQ2.” As twenty finalist cities jockey for the position, new organizations are forming and others are launching campaigns to oppose plans for massive incentives and tax breaks to attract the tech giant. A website called obviouslynotdc.com argues that the district could spend the estimated $1 billion in incentives offered on much more important things, including funding schools, ending mass incarceration, increasing access to healthy and affordable food, and providing universal healthcare. Groups like Atlanta Against Amazon have popped up, comparing the mammoth company to “Wal-Mart on steroids.”

In a statement published earlier this year, Atlanta opponents of HQ2 argued that: “The more successful Amazon is, the more we will see farmer’s markets, neighborhood hardware stores, and clothing boutiques boarded up.”

Resistance to Amazon and HQ2 has taken on a variety of forms. People in Chicago and New Jersey are suing over local bids to lure Amazon, arguing the process is secretive and undemocratic, though it’s unclear if the suits will gain any traction. Seattle residents affiliated with the IWW held a protest outside an Amazon jobsite last month. In Philadelphia, union rights organization Jobs with Justice organized a town hall meeting.

And Sum of Us, a global network that campaigns against corporatism, has organized anti-Amazon petitions and recently held a protest at a Whole Foods (which Amazon bought for $14 billion last year). Reem Suleiman, a senior campaigner who is based in Oakland, said the organization started targeting Amazon around the time of the 2016 presidential election as part of a campaign to pressure companies to stop advertising on Steve Bannon’s white nationalist Breitbart News. While hundreds conceded, Amazon is one of the few holdouts, Suleiman said. The petition turned into a broader campaign, and according to Suleiman there’s no shortage of issues to tackle.

“There are so many reasons we’re upset with Amazon, it’s really hard to pinpoint a single demand,” Suleiman told Mask, mentioning carbon emissions, treatment of warehouse and delivery workers, its continued streaming of NRA TV, and more. “I think there are so many things the general public doesn’t see on the surface.”

The Amazon campaign fits the organization’s larger efforts at targeting tech companies, including Facebook and Uber. These companies are often seen as an innovative job creators that offer considerable convenience, Suleiman said. But their “bright and shiny” facades hide the considerable implicit costs on its precarious, low-wage workers as well as on the community at large. One example is that, while Amazon has received nearly $1.4 billion in state tax breaks since 2000 according to tax policy watchdog Good Jobs First, many of its workers rely on food stamps.

With each new expansion, Amazon’s power to impact the world grows. This is why Sijal Nasralla, a North Carolina-based organizer of the Amazon campaign at Sum of Us, sees this is a long-term struggle. He’s worried about what HQ2 could mean for his community if it comes to Raleigh, NC, and is focused on building a nationwide network to try and keep Amazon from acquiring so much power that it becomes an unstoppable force in the future.

“What’s incredibly concerning about Amazon as a corporation is, in a lot of ways, its ability to act completely unchecked, and the way that inequity is so represented in the organization,” he said. Without some level of public accountability for companies like Amazon, Nasralla anticipates a bleak future.

However, he finds hope in the variety of people joining the campaign, both digitally and in person. While plenty of people – including progressives – might not question Amazon’s growing and relatively unfettered power, Nasralla said that his work with Sum of Us is starting to change that.

“What’s been amazing about the kind of organizing we’re doing is people come from a wide spread of political beliefs and experiences,” he said, adding that they work with consumers, family members of employees, and people who intuitively reject the idea of corporate handouts when their communities are hurting.

Still, the odds are stacked overwhelmingly in Amazon’s favor, and they only appear to be growing. Amazon’s acquisition of Whole Foods last year took most outsiders by surprise, and last month it quietly launched an internet app in India, a possible sign of what’s to come. Maybe Nasralla is right, and more people are realizing the implications of the company’s dominance. Or maybe, like Facebook’s Cambridge Analytica moment, the general public won’t pay much attention until it’s too late. 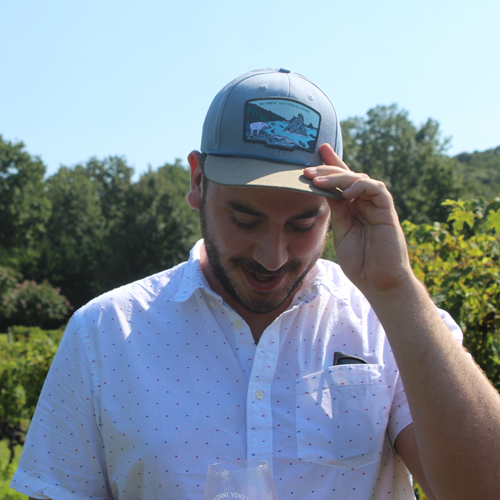 Eric Ginsburg is a journalist who studied history and loves basketball and noodles. He’s freelanced for VICE and The New York Times, among others, and spends too much time staring at screens.