Take Us to Your Leader

employees of the month A round up of retail workers flipping the bird to the cops.

August horoscopes Corina Dross highlights the many ways to practice freedom under the stars and lots of crushing conditions. 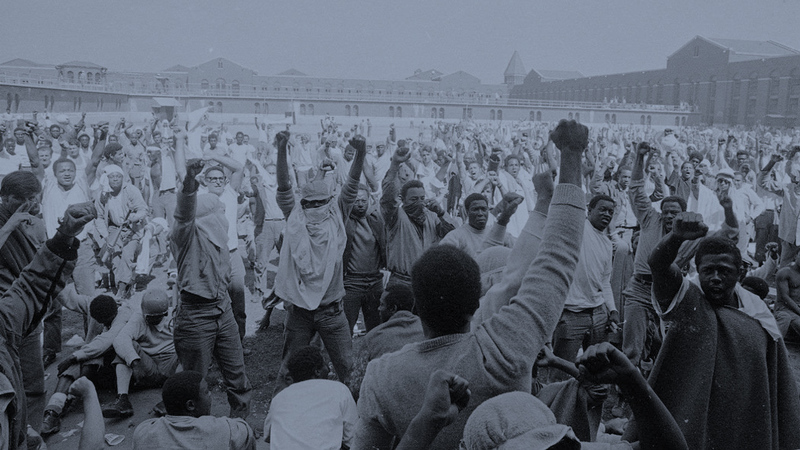 Take Us to Your Leader

At a certain point the doom washes over you. I mean, the gravity of the times we live in. The instability. The constant economic and social uncertainty. The sense that some forboding change lies ahead of us in the near future. Of course, I’m already a little predisposed to this frame of mind, but I can’t help but notice everyone’s got one foot in the End Times thinking these days. Obviously, the US Presidential Race has got something to do with this. I can feel it in my knees, like perhaps a storm or a backbreaking day’s work.

What will our lives look like at the end of another eight years of America? This is a question at the heart of every rooftop discussion and dinner table check-in. Among my friends, the answer has been an overwhelming “I don’t know, but not good ...”

Of course, election season has a way of demanding our attention like a kind of horror-themed burlesque. The media dinosaurs all flock to the carcasses of minor scandals and gaffs, the pundits describe just how certain they are about their charts and graphs of demographics, the interest groups, the blow-hard know-it-alls on Facebook who “well, actually ...” their way into just about everything. It’s all such a pageant.

I’ve spent my life pretty against politics. At least the representative sort. I’ve never voted in an election. I’m not even registered. I’ll spare you the reasoning and the rationale – this isn’t a manifesto. I mention it only because I’ve found that it changes one’s perspective on elections quite drastically. And when I talk to my friends about who they think might become president, I find it helps me pay attention to what they say. Which is to say, it helps me understand how my friends imagine the future.

In some version of history written a century from now, I’m confident this election season will be a point on the timeline. Somewhere between ‘Old Markets Crash’ and ‘The Great Employment Cliff’ there is a question mark. A glyph that will eventually be filled by the face of the next president. Most people I’ve talked to seem to indicate to me that no matter who that person is, their mark on history will not be a cheerful one.

But, while we’re flipping through that history book from the future, I think there is a more serious concern. Namely, the other points on that timeline. What lies ahead of us in the next four years? Next eight? Next 16? 32?

I think most people see the same hints of the future in their everyday lives and that’s why, I believe, people are so scared about this election. Not just because of Hillary’s record in authoritarian regime change and police states, or Trump’s cavalier indifference to seeming a lot like a fascist – but also because neither candidate can reverse the tide of what’s surely to come. Drastic environmental changes caused by the last three hundred years of industry, widespread unemployment caused by the automation of labor, wealth concentration, an explosion of cultural alienation, the unending irreconcilable violence of terror and colonization. What is certainly waiting for us is too scary to dwell on for too long, so the momentary terror of ‘what might happen next’ stands in almost as a kind of oasis.

Like I said earlier, I’ve abstained from voting thus far. One reason is that the enormity of the problems we’ll be facing in the future appears so bleak to me that electoral politics seem more and more like a waste of what limitied time we have to prepare. But there is another reason. A brighter, more hopeful one. And although it is about our future, it is because of our history.

If you look backwards in time at everyone who has nurtured the values we hold now, overcome so many violences so that we could develop more complex critiques of power, and passed on to us the means and resolution to live freer and in a freer world ... you will see a cast of revolutionaries and radicals who survived despite who was in power at the time.

And when you study the revolutionary thinkers (and fighters) of the past, you can read in their deepest imaginations and sentiments, a description of us. They fought against oppression and corruption and colonialism and servitude, endured all manner of atrocities, all so that future generations could continue the work of unburdening human life from the grip of hopelessness in the face of brutality.

This is what radicals today mean when we say legacy. It’s a tradition that stretches back through the generations and beyond reproduction or family or even culture itself, and if you identify with it in any way the question represented by the presidential election shrinks and shrinks and shrinks down to the theatre that it really is.

Meditating on this history of struggle certainly keeps the panic at bay about contemporary politics, but it is only a brief respite. Because you cannot reflect upon this legacy without arriving at another truth: what we fight for today will also become a source of sanctuary to countless future generations.

Seen from this perspective, how we spend our lives and imagine our collective future is far more important than a ballot, no matter how or whether it is cast. What we do with the time we have, whom we defend, what we attack, and on which conditions and values we stand will provide lessons for the next generation. And as the cycles of change accellerate with technology, our ability to retrace our steps to try new things will be challenged like no generation before.

Who do you imagine will study this moment, one hundred years from now? In which unwritten stories will they pour over, research, and find slivers of light? The blockades? The sit-ins? The moments of ungovernability caught in looping videos and tweets and CCTV? Will they read our thinkpieces, or our protest banners, or our communiques? Certainly they will, as we have for the movements of history that have most inspired us. Holding on to that perspective may give you newfound affinity for those standing beside you at the protests and parties, and a deeper appreciation for those who came before, and in their darkest trials, imagined that one day you might fight back, too.

This is The Control Issue, the one where we stick together. We’ll take a break from rolling our eyes at the Spectacle to focus closely on it, and what’s going on at the edge of the frame. We’ll watch carefully as notions of sovereignty and statehood are disputed, refined, refused, and reimagined. When our citizenship gets lost in the new data economy, we’ll feel a little lighter on our toes without it. We’ll explore agency, and snip upwards at the marionettist. When we wipe the steam from the bathroom mirror, we’ll suggest to ourselves that maybe we’re the lesser evil.