May Horoscopes The short answer to all your complicated questions: It’s time to fall in love. This month the world is wooing us with all it’s got. 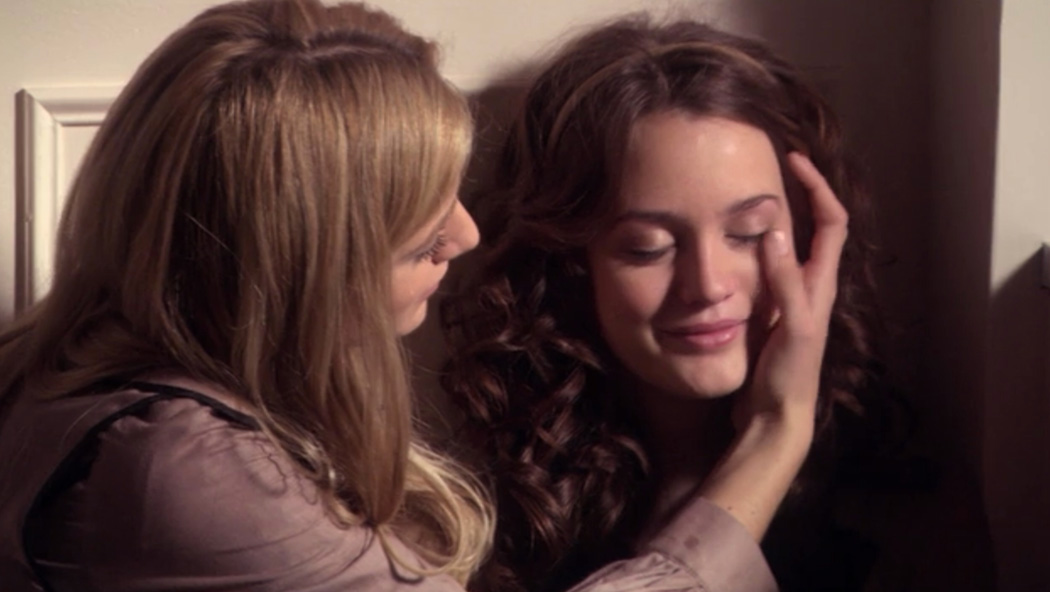 Outside of TV land, frenemies are not acquaintances we only pretend to like, but deep relationships rife with trauma and vulnerability.

The only thing that makes me feel better is affirming other people. I wish I could show my friend how powerful she is even on her worst day. Nothing makes me feel worse than those late hours of the night where I’m sitting by myself, knowing she won’t believe it no matter how many times I tell her.

There’s no shortage of portrayals of frenemies. Most depictions are rather consistent: girls who compete for social capital and the attention of men. One uses cleverness, the other uses beauty, and neither of them can quite come to terms with the fact that they might just be in love with each other. The popular conception of these friendships is that they are comprised of people who are nice to each other despite having a fundamental dislike for one another.

In the TV show Gossip Girl, the relationship between main characters Serena and Blair encapsulates perfectly the frenemy archetype as it is often imagined on screen. Serena fucks Blair’s longtime boyfriend. Blair wields her power as Queen Bee and attempts to socially exile Serena as punishment. Serena steals Blair’s spot in a fashion shoot that Blair had been stoked to participate in. Blair belittles Serena’s intellect during a college interview. In every episode, they attempt to overthrow each other, only to make up and romp around in designer dresses holding hands ten scenes later.

In real life, frenemies are not acquaintances we only pretend to like. Frenemies are relationships between people who are too broken to live up to the Hallmark postcard idea of friends, but too vulnerable to let repeated heartbreak mean the end of the friendship. Outside of the Serena and Blairs of TV land, there’s nothing glamorous about these friendships. The tension that plays out, the betrayals, are as much an indication of a volatile friendship as they are a manifestation of the precarity that surrounds us.

My friends who are unemployed seem to exist in the space between manic confidence and over-correcting self-deprecation. Laying awake panicking over a dispute with the landlord or approaching a boss about back-pay, the stress of it all takes its toll. We let our moods slip, taking our stress out on one another. In my experience, frenemies are apart of the same community, reacting to vulnerability with emotional volatility. Pledging undying allegiance to each other one day. Disappearing off the face of the Earth the next. Apologizing for not being good enough. Always teetering too close to depression to be able to change sufficiently. Maybe even doing something that pushes the other away entirely out of self-hatred or boredom or just plain thoughtlessness.

The first time I realized I might have a frenemy was when I was sitting with her and a mutual male friend in a diner. We exchanged passive aggressions, snarky remarks, and side-eyes for a while before he commented on our “cute dynamic.” “No, yeah, I think we’re being really catty right now,” she replied. We sat back in our seats. I was glad she said that in such a curt fashion, acknowledging that as women we’re taught to hate on each other rather than antagonize the fucked up world together. Like, we’re searching for some more earnest way of communicating the pressures of living with constant anxiety, and yet we’re also resisting the urge to have anybody rely on us (or rely on anyone in turn) in our fragile states.

The things frenemies have done to hurt me more than I’ve ever been hurt have rarely had to do with sleeping with an ex, or blurting out a big secret in front of a crowd of people. It’s always something much smaller, but delivering an injury only close friends could produce. We throw around sarcasm to try to lighten moods and sometimes take one another’s loyalty for granted because we feel that comfortable with each other. We slowly erode one another’s self-esteem. We apologize to one another so often that the words have lost their meaning. When I’m stuck in this pattern, it seems like self-sabotage and I find myself caught in crossfire of naïve trust and stale abandonment issues.

As the days pass, I feel like I’m the biggest frenemy of all, or at least not as supportive of a friend as I’d like. I’m unsure how to keep my friends alive when they don’t want to be, when they exhaust themselves taking care of parents and partners, or work every day of the week. When I’m feeling unstable in my relationships – like they could be pulled out from under me like a rug – I tend to test the people around me to see who will stick around. It’s annoying beyond belief for those on the other end.

When my self-esteem is low and I don’t feel like my friends are there for me in the way I want them to be, I have to remind myself that we are not rivals in an ongoing competition for social empire, but instead a pair locked in a consistent tug o' war between the urge to turn on each other, and a commitment to keep one another alive. In this way, frenemies might just be the experience of depressive BFFs under the conditions of capitalism. Perceived scarcity of love continues to strain our friendship.

But in the end, my frenemies are the ones I couldn’t live without. They are the people that teach you the most about love and trust in the face of trauma. The people whose resilience never ceases to amaze you. The people with the power to ruin your life because you share such an affinity that you trust them with your most delicate thoughts. The people who don’t always show up for you the way you need them to, but show up in the ways they know how.

Sitting cross-legged on the sidewalk holding my head in my hands as everything spins around me, she crouches down and puts her hand on my knee. “I care about you so much and I’m sorry that all the trauma, and heartbreak, and loneliness have left you with so much sadness.” I feel my ears burning. I’ve never been affirmed like this before.