Bad News World’s most radiation-tolerant robot collapses at Fukushima; US DoD admits US Constitution racist; and more from the worst week in history. 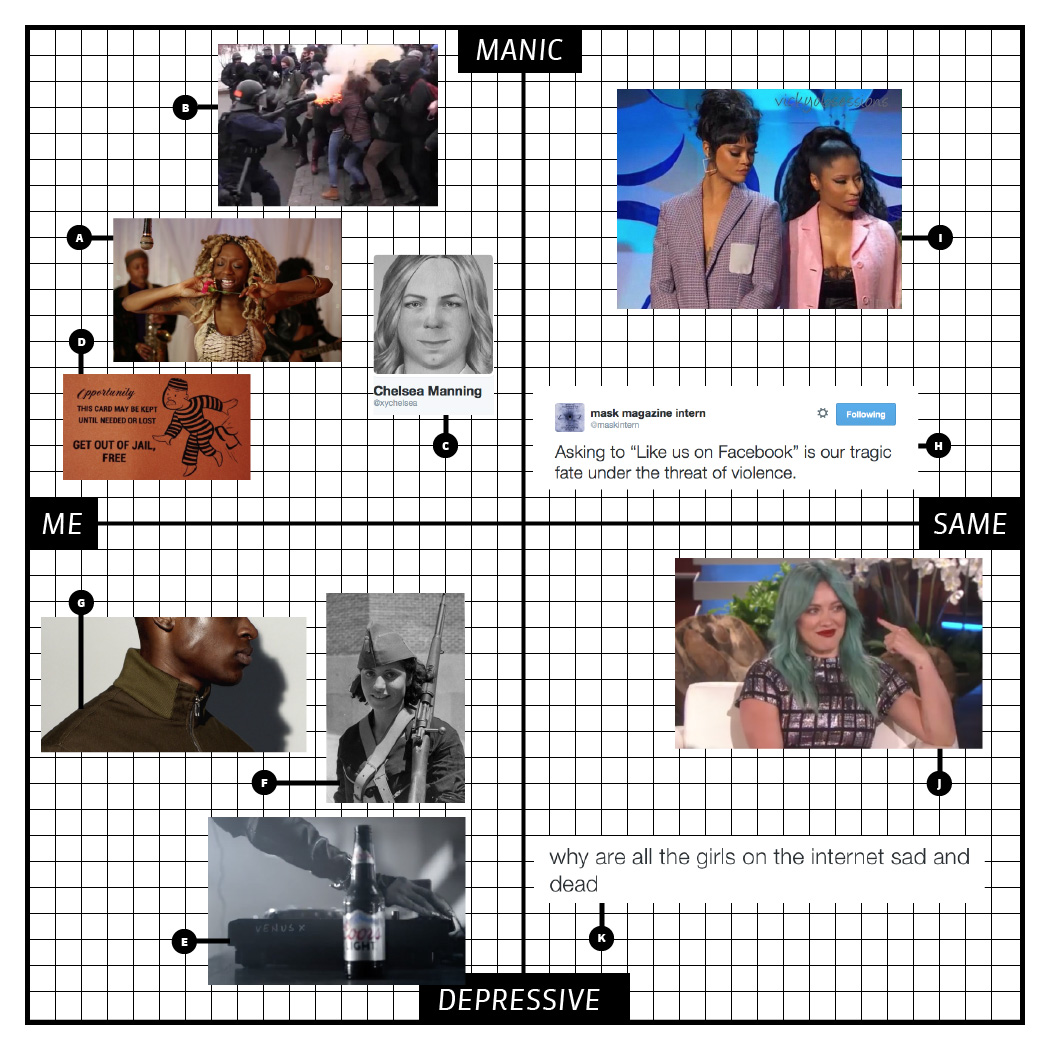 How to feel about jailbreaks, military inspired fashion, and Hilary Duff’s blue hair.

This month, we are going back to what really matters and asking the important questions. You could say we are feeling a bit existential as we enter the warm weather. So let’s try to remember that things keep on spinning even when we can’t get out of bed. Let this be the note on the bathroom mirror that reminds us that the world needs us at our most powerful so we can fuck everything up together.

A – Junglepussy releases her new music video “Me” where she raps about how there can be many successful black women in the industry without replicating one another’s work.

B – Quebec has the lowest tuition in Canada because they strike every time there is a proposed hike.

Btw. This is happening in Quebec, Canada this week as students protest. pic.twitter.com/yqvjSosCGo

C – Chelsea Manning joins Twitter and gets over 1000 followers before even posting a single tweet. (Via The Guardian)

D – A prisoner was able to escape prison through a series of fake emails detailing their release to guards. (Via Boing Boing)

H – We created a monster when we programmed the Twitter bot that we are calling the “Mask Intern.”

I – Rihanna giving no fucks and staring at Nicki’s cleavage.

They're right here waiting for u Island gal @badgalriri #TIDALforALL

J – @Trash_Mom tweets “why are the girls on the internet sad and dead”.

K – Hilary Duff has blue hair and a Brooklyn tattoo. (Via NY Racked)