Tabs: A “Buy” Button, Diplo's Dickpicks, and How to Piss Off Brooklyn Girls. 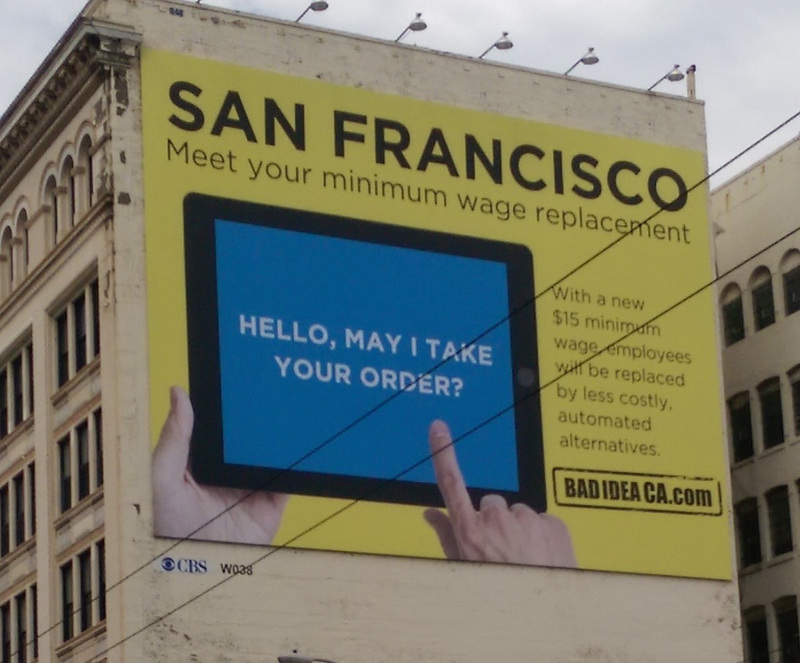 Wow, what a shitty billboard.

Kreayshawn dropped a new track last night, “the ultimate Pizza song”. Yeah, this is the second day in a row I'm posting something about Kreayshawn. She seems so chill that I support whatever she does by default. You might have heard she was dropped from her label earlier this year after they found out she was pregnant.

The most depressing thing I watched today was this video of an asthmatic Staten Island man being choked to death by NYPD cops. He helped break up a fight and the cops started messing with him. You can see him being riled up and asking to be left alone. Eventually they try to arrest him, putting him in chokehold, and you hear him crying “I can't breathe, I can't breathe,” until he passes out.

According to some finance and tech experts, Google will probably be worth a trillion dollars in ten years. I can't really imagine the scope of this other than “HOLY SHIT” and dark clouds on the horizon. Apple is currently worth more than $650 billion dollars, by the way.

Russia is reopening a cold war listening post to spy on America. Facebook, Amazon, and Google go “awww...” in unison. It can't be easy to simulate national power and significance these days. The old rules are out the window and nothing makes sense.

We're currently in the third biggest stock bubble in US history. I don't pretend to know what that means, so I refer to MarketWatch who says it means diminishing returns and a stagnating economy— “The bigger the bubble, the worse returns.” Alright.

A 12-year-old boy in Florida stole a school bus for the second time in a month and took it on a 15 mile ride. He's facing some pretty serious charges even though nothing happened — a school official who watched security camera footage from inside the bus says he looked calm and competent, like he'd been doing this his entire life.

Next time you need a real-life example for your college paper on Foucault, feel free to use this story of biopolitics in action: The U.S. Department of Agriculture is proposing a new kind of shopping cart, one that talks to you while in the store, nudging you to “buy healthier”. Oh brother. The report also includes other suggestions, like discount coupons and EBT card rebates for healthy purchases. This makes me wanna go buy Doritos.

Among the people killed in the Malaysia Airlines Flight 17 crash were around 100 AIDS scientists and researchers on their way to the International AIDS Conference, scheduled to begin on Sunday in Melbourne, Australia. The conspiracy theories can start.

I've always said that people shouldn't expect the rise of neo-Nazism in Europe to be a sign of what's to come in the U.S. The rise of fascism tends to coincide with a diminishing middle class and a precarious working class, but America is very different from Europe. We might be seeing some signs of what it's going to look like though: 34 anti-immigration demonstrations have been planned across Texas.

Here's an Esquire-y but still very interesting long-read, especially if you're a pit bull lover: “The State of the American Dog”

The most ubiquitous dog in the U. S. is now the pit bull. Which makes it curious that we kill as many as three thousand of them per day. [...] We have always counted on our dogs to tell us who we are. But what pit bulls tell us is that who we think we are is increasingly at odds with what we've turned out to be.

Rhode Island accidentally decriminalized indoor prostitution between 2003 and 2009, used this “window of opportunity” to research the effects, and saw a decline in rape and STDs. Uh-huh...

Mapcode is a new initiative to create a short address for any location on earth.

Somebody had the clever business idea of selling a punk starter kit on Etsy. Lol.

Dumbest marketing campaign of the day: a San Francisco billboard that warns workers they'll be replaced by iPads if they demand a fair wage.

Netflix has been complaining for months that some big broadband companies are slowing down streaming speeds in order to force Netflix to pay them for a faster connection. Verizon is one of the accused. Some people have been able to confirm that Verizon is throttling after getting around it by connecting to their own VPN. This should settle the case though: