Your Google Glass Is Boring As Fuck — I got to try my co-worker’s Google glass, and I was unimpressed.

I'm ditching Tinder for bars: I used to meet new people on Myspace, and I recently started using Tinder. I am not a fan, and here's why. 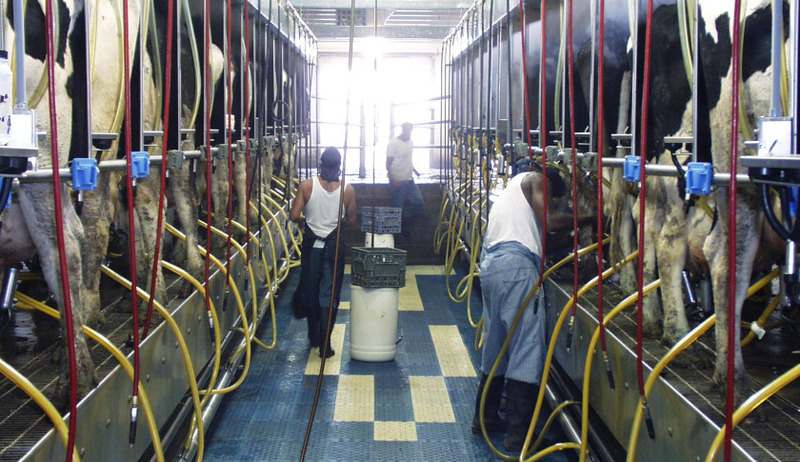 The day began with news of a man who was accidentally trapped in a Cook County Jail for 30 hours while attempting to visit his son, when a door closed behind him. Despite banging and shouting through Saturday night, he wasn't discovered until Monday morning, after he finally realized he could vandalize the sprinkler system to alert the guards.

More on prisons: Whole Foods has been getting shelled (alas, figuratively) by the liberal media lizard people for admitting to using prison labor to produce much of their “local” animal products in California. Of course, it's not clear whether they're upset because they thought that they should pay less than $7 for a brick of goat cheese that costs sixty cents an hour to make or for, you know, other ethical reasons like opposing slavery. Not surprisingly, Whole Foods doesn't seem to see the issue; after all, one of their “core values is supporting our communities”.

A recent study found that the party drug known as 'poppers' may cause blindness by damaging the retina. The drug, popularized by the 1970s gay community for its momentary euphoric and muscle-relaxing effects, has a new recipe which includes isopropyl nitrate, thought to be the reason these symptoms haven't shown up already in older GLBTQ users.

Forty percent of four-year colleges in the U.S. have not followed up on a single allegation of sexual assault on their campuses in the past five years. At least, that's what a senate report found during a survey of 236 colleges across the country. Smh. Instead of a slutwalk, maybe there should just be a slut student loan strike? Just sayin'...

Given that New Orleans is, well, New Orleans ... I can't say it comes as a surprise that former mayor Ray Nagin was just sentenced to 10 years in prison for bribery and fraud in the wake of the Hurricane Katrina rebuild. Nevertheless, I'll chalk this one up as a player-not-the-game scenario. Fraud on, politicians. Fraud on.

If you're a thirty-something with unresolved childhood angst, nostalgia, and maybe a weird sex thing about stuff that feels “Wes Anderson-y”, I'm sorry but it's TOO LATE. Tickets for the “adult” sleepover at the American Museum of Natural History sold out earlier today at $375/person.

It's hard to be snarky about murder and death, cause that shit actually always sucks, but I have to admit I found a teeniest bit of solace in discovering Google executive Forrest Timothy Hayes was given a lethal dose of heroin by a sex worker during a 'pleasure cruise'. Of course, if you sell your body for sex to some shitbag executive from Silicon Valley, they demand you dose them up with heroin, then you have to babysit them while they OD, why WOULDN'T you expect to also get charged with second-degree murder? Wise-up, ladies of the night. Shit rolls downhill.

Germany investigates possible US mole in their military, and post-Snowden tensions are at their highest level yet:

German Chancellor Angela Merkel said Monday that if it proved to be true that the BND officer was spying for NATO ally the United States, it would be a “serious case.”

The documents passed on by the BND foreign intelligence official include details of a parliamentary committee's investigation of former U.S. intelligence contractor Edward Snowden's allegations that Washington carried out surveillance in Germany, including of Merkel's telephone.

Rudolf Elmer, a Swiss banker working in the Cayman Islands for Zurich-based Julius Baer Group was charged with providing bank data to the German finance ministry, forging a document, and leaking bank information about major corporate tax evasion to the whistleblowing site Wikileaks.

Oh, and Israel has been bombing Gaza all day long.