A Squat at the End of a World. The Albany Bulb was a landfill-turned-squatted community, rebel artist enclave, and autonomous zone, north of Berkeley, CA.

Tabs: Kim Kardashian Crashes, Queer Nirvana, and the Death of the American Dream. Everything dies.

When Sam Rolfes first contacted us in February, we were instantly taken by his work. We knew we wanted to collaborate with him but no assignment seemed to match the uniquely strange quality of his compositions. Until the Cyborgoisie Issue. We asked him to make the cover for the issue, and he immediately got it. He described trying to capture something “cradled, nursed, suffocated, drained, and distracted by binary noise.” The result brings to mind a faceless and replicable prototype, like one of those sentient robot-maids, and yet, a being channeling our agony and stress.

We decided to ask Sam some questions to figure out what goes on inside his head, and his answers surprised us. Sam Rolfes works almost entirely in digital media, but rejects the classification of “digital art”. He thinks the fetishization of teenage taste is stupid, has a background in stenciling and wheat-pasting, and encourages people trying to do what he does to first find interests outside of the art world and not be distracted by ephemeral fads.

How did you get started making digital art?

At a young age, year 2000 or so, I started designing background stories for various imaginary art studios I daydreamed about running. These were precursors to some of the stuff I’ve done with Join The Studio since, and all of it was rendered in Corel Photo Paint and Flash. Hell, I only started using Photoshop extensively last year, before that it was almost all Corel. I think one make-believe collective was named Skymountain Studio or something equally unimaginative haha, the logo a Chinese character I copied from the Chinese-to-English dictionary I obsessively carried around with me.

When I was 9 or 10, I sketched out a plan for an online art role-playing game on Manila construction paper — something for my friends and I to play, design rooms and probably trigger explosions in, considering my age.

I would skim my Mom’s 3ds Max [3D computer graphics program for 3D animations —ed] or web coding books and get all these wild ideas. But I'd lose interest when it came to writing code or anything I didn’t think was fun, haha. Coding makes my soul weep to this day so I guess that hasn’t changed.

As a tween, I got into Blender [3D computer graphics software —ed] and took a few Summer 3D classes at Southern Methodist University in Dallas. I was shuffling around vertices and giggling at the stupid way I made my rigged models dance, but ended up abandoning 3D for a long time — until last year — because it was just too cold and inexpressive a medium. Nevertheless I continued in Corel and began reducing my images to bands of 3 or 4 colors for stenciling or wheat-pasting, then printing them out on sheets of computer paper, stitching them in my garage as my mom slept, and sneaking out at midnight to go paint and paste them around town with my Join The Studio friends.

I've never really thought of myself as a digital artist, even though that’s always been the backbone of my practice. We’re getting to the point that saying “digital artist” is a bit redundant, I think.

You're very prolific. How and where do you work? What is your workflow? 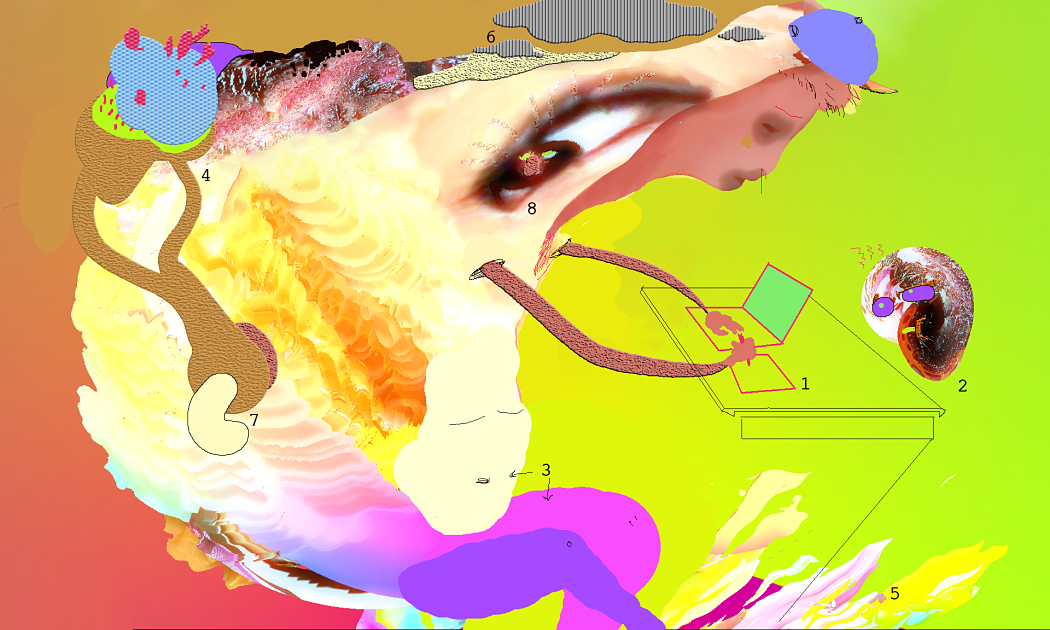 My life is fluid right now — I don’t have weekends or set hours. My days off are when my mind or body refuse to cooperate and will accept only intense bouts of anime and tech reading as tribute.

Today started at 3:00 pm and will end when the sun comes up. Yesterday started at 8:00 am and concluded when most grandparents have dinner. I wrote fragments of these answers in three different coffee shops, a coworking space in downtown Chicago, on the train, and concluded during downtime at the Wesley Kimler Studio. Today I worked on a prototype for a proprietary piece of eyewear that a client is getting patented and manufactured, remixed new tracks to play at Smart Bar this week, edited a music video, and worked on a pitch for an animated show that my fellow Join The Studio cofounder Matt Bolinger and I wrote the script for when I was last living in Austin. Maybe I just have commitment issues... 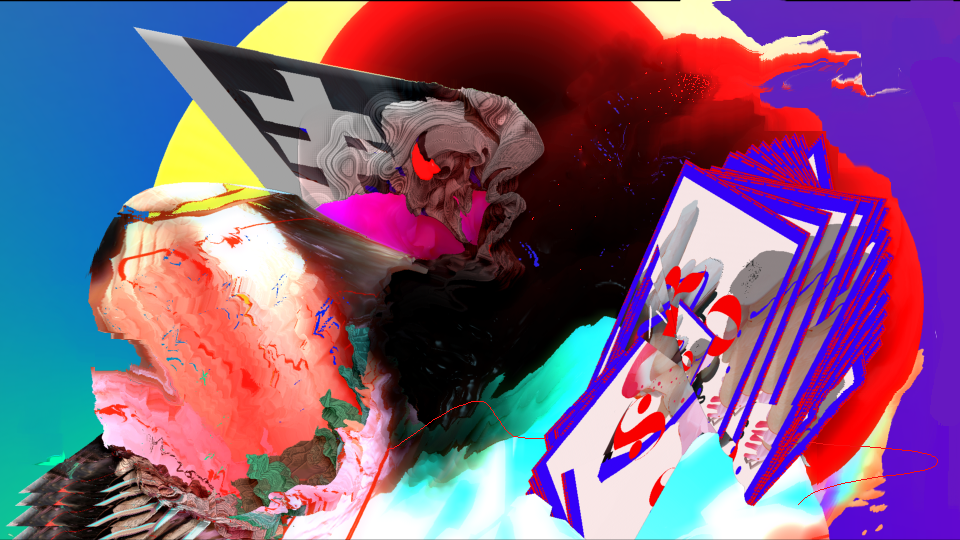 What are some of your main inspirations?

I’ve been consumed by an obsession with very silly Katamari Damacy-esque animation and illustration lately, adding to my nigh religious fervor of Moebius and FLCL. Growing up climbing through abandoned buildings and painting their walls with my friends, listening to Zorch, Boredoms, Death Grips... Lots of musicians.

Music accomplishes more readily what art promises. Honestly most art shows, online and otherwise, don’t do much for me and rarely have. I’ve been trying to conceptualize a way to put together audiovisual exhibitions, more like music shows, but it’s a big task, as you might imagine. Most art exhibitions are just excuses for socialites to have an interesting backdrop for their demure drinking and babbling and I absolutely cannot stand that shit.

What is Join the Studio? How did it start? Who's involved? What do you do? Is there a physical studio? 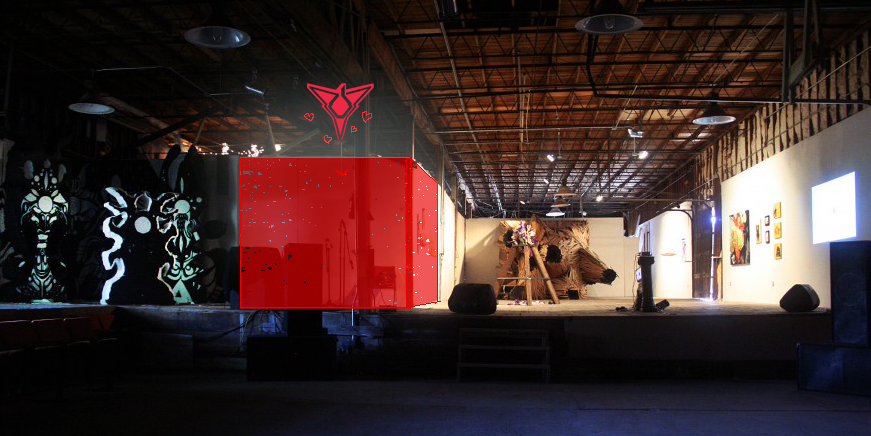 Join The Studio HQ in The Museum of Human Achievement in Austin, TX


We started out as a small street art crew of teen hooligans almost — wow — 8 years ago, which morphed into a screen printing business and had a short-lived street wear line. It’s been running a webzine at jointhestudio.com for a number of years, throwing shows and collaborating closely with scores of electronic musicians and artists in Austin and Chicago. Right now, we're pivoting to being a creative production studio. We’re scattered between Austin, Chicago, Dallas, and NYC at the moment, but an essential tenet of JTS is the adaptation to whatever our circumstances and interests are so that we’re able to keep evolving and moving forward. I oversee things and I’m the lead editor and designer. 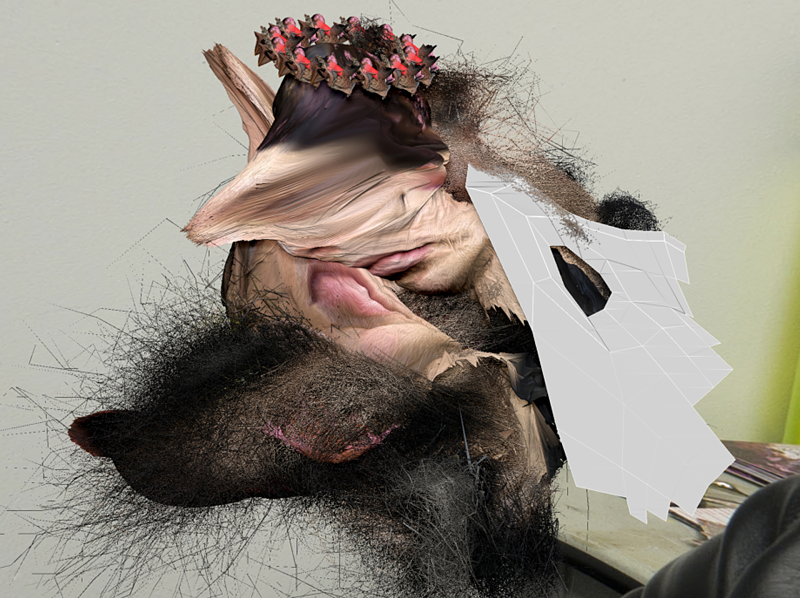 If somebody asked you how to get started making digital art, what would you tell them?

1) Pair it with an interest in something outside of the art world.
2) Tools are tools, not concepts.
3) Narrative over psychedelia.

Digital graphics, 3D printing, glitching techniques, WebGL, Processing, face tracking — whatever — are all incredible tools, but at the end of the day, they are no more than that. It’s incredibly tempting to fall into the endless and distracted chase for the next fun tech development without doing anything worthwhile with it — lots of digital “fine” artworks these days are just esoteric tech demos with shitty chill wave soundtracks. That said, you should try everything out and see if it helps you do what you’re trying to do. I’ve been trying to decide between lower resolution interactive stuff or high-res video, and I think the smart money is in procedural interactive art — stuff that reacts to the user/viewer/player and generates content from that, something I’m definitely not super skilled at myself yet. I love MAX/MSP [visual programming language — ed] because its visual “coding” for sound and video doesn’t make me hate myself. But do your homework and research the many, many options in the 3D, 2D, animated, interactive, web, sound and static worlds that are available. Go with what's most rewarding to you.

Decide what is the very essence of what you’re into, and get into it for that reason. Don’t pay attention to whether it’s “art” or not — that word died many years ago. Don’t get into it because a bunch of scenesters suddenly decided computers are cool. Get into something outside of the digital — that’s going to lend breadth to your practice and inform what you do far more than a strict diet of .gifs and irony-will. 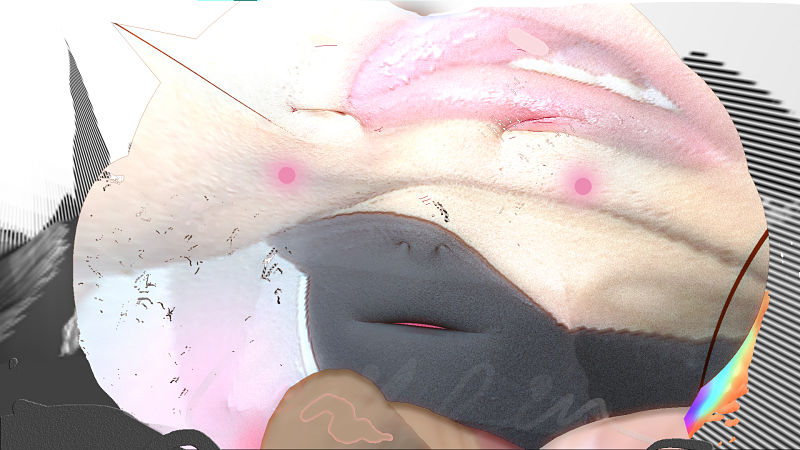 What do you do when you're not making art? What are some of your favorite things to do in Chicago?

Other than aerobic fretting and drinking? I try to hit a good, noisy experimental show of some sort — preferably in a skuzzy DIY spot if I’m missing Austin. People in this city hardly seem to fucking move at most live (read: non-DJ) shows though, it’s incredible. I’ve seen some wild, wild acts across many genres but the crowds almost always seem like we’re at a goddamn junior high dance or something. Everyone stands, nodding their heads and exchanging side glances to see if they’re allowed to move around.

I’m not really into the footwork or rave scenes here in Chicago but I respect the hell out of how passionate and creative it is. 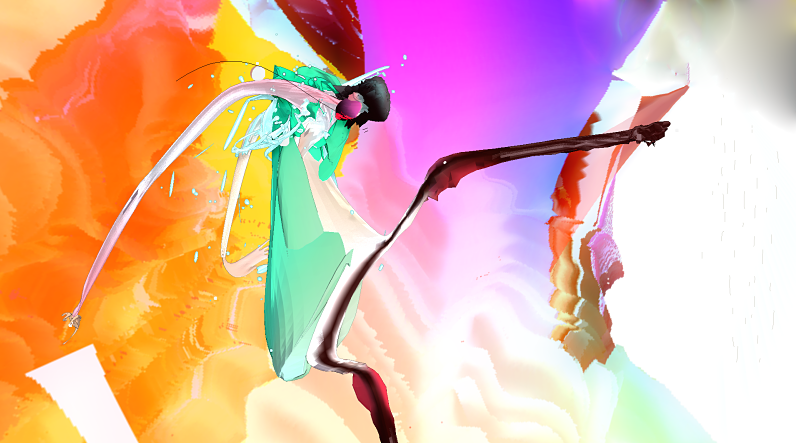 Here’s what’s incredible about net art right now: interactivity and novel format experiments. Creating a space where a user can break the barrier of the gallery or the screen and be meaningfully involved in the narrative; building a collaborative community that generates striking experiences regardless of the geographical distance of the contributors. Removing some of the shameless money from the art equation, for better or worse.

Here’s what’s not incredible right now: the “Net Art Aesthetic” and the doubling down on the cult of youth. There’s some great stuff out there but it’s often washed away by the torrent of unabashed bullshit. It’s been 5 years since including the Photoshop checkerboard in your design was marginally clever, and teenagers suck and have always sucked. 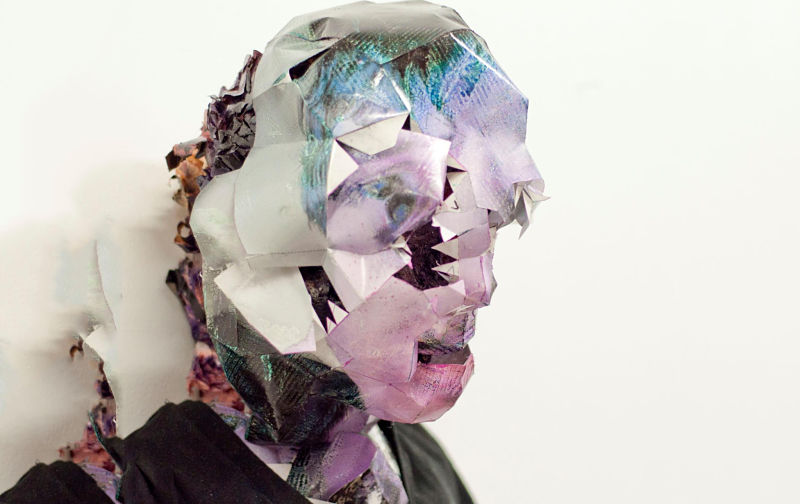 Anything you want to plug?

Wesley Kimler is one of the most important and badass Chicago painters in the last several decades, look up his interviews and be prepared for realness. The monthly Austin experimental electronic beat showcase Exploded Drawing is the most inspiring grassroots music phenomenon I've come across. I make loud music, listen to it and send me yours.