July Horoscopes by Corina Dross: With a mess of planets in Cancer this month, prepare yourself for homesickness and questions of belonging. 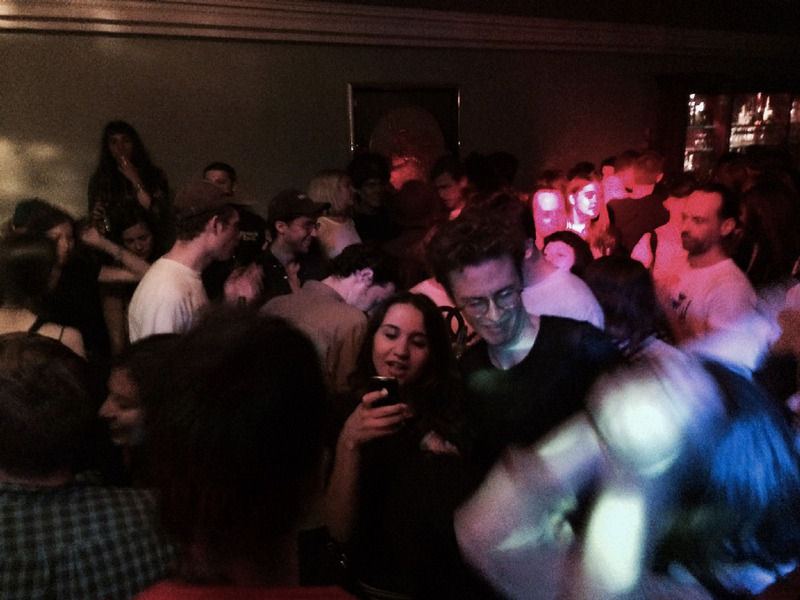 A letter from the editors contextualizing the July issue.

It really is summer. As I spend more time away from the keyboard, my technological dependencies become more, not less obvious. At the beach, my phone runs out of battery, and I spend the rest of the afternoon distracted, fantasizing about outlets. On the subway, a tourist approaches in desperation, asking to “borrow some internet”. “Oh honey, you’re out of luck; they still haven’t bothered bringing internet onto the subway.” A blissful night out suddenly turns somber when somebody drops their iPhone, the screen scattering into a thousand pieces. If only it were 2011 when one could find solace in the street cred a broken screen awarded you; now it’s about as as exciting as a broken leg. Our smart phones have become our lifeline to a new form of communion. Every pocket vibration a sign of still being alive and cared for. Our road map to events and gatherings. Instagram or it didn’t happen.

Lately, I’ve found that my friends fall on either side of an unbreachable divide: those who think all new technology is evil, and those for whom new gadgets and services become like extensions of themselves. But the biggest question of the decade goes unanswered by everyone: what kind of world are these new technologies really producing?

The internet was once celebrated for its openness, and for how it flattened hierarchies. But openness doesn’t mean less inequality. The internet is facilitating the rise of heretofore unseen levels of centralization and consolidation. It’s been a year since the Snowden revelations, and by now Google's motto, “Don’t Be Evil”, and Silicon Valley's catchphrase “Change the World” are as empty as any other corporate slogan. Not a week passes without some news story about how a social media service is circumventing their terms of service to covertly extract more data. Or, just overtly manipulating us in an effort to refine methods of control, like Facebook’s study on emotional contagion. Once believed to be replacing the world order of old money and nepotism, the startups founded by nineties dropouts now look very similar to the corporations they were supposed to disrupt. What they replaced instead were independent bookstores, small labels, local movie theaters, and video rental stores, to name but a few. Beneath the vibrant diversity of self-expression and ‘democratized’ production lie a shrinking minority of ISPs, software and hardware providers, and a protocol connecting everything.

Our primary function to these service is to produce data with our clicks, shares, views, and attention minutes — we produce data, not as work, but merely by existing. Lack of data is as informative as the presence of it, and increasingly so. We are data mines, factories, machines, cyborgs.

Some complain that this new world is turning us into idiots, and lament that humanity has been reduced to bots who “like” and repost pictures of cats, fingernails, feet on the beach, and food. Those who pay attention to the New York literary gossip will notice a mob of often white, male, middle-aged writers who are hysterical about the state of the internet and how it’s destroying real literature and serious commentary. Like the men of the extreme right in Europe, their reactions seems to manifest a budding realization that the rules have changed — and they neither agree with nor understand the new ones. We can’t help but observe their resemblance to the Victorian female hysterics that Freud observed — as the power they have over their own lives diminishes, they even lose control of their own temper, manifesting strange reactions. Instead of bodily manifestations, these men kill others, plug up the political process, and imagine wildly outrageous conspiracies. These new hysterics are late to the game, and their desperation resembles that of someone who’s been too busy with their own project to notice that everyone else has moved on to something else, and now calls ‘unfair!’ that they were never ‘invited to the table.’

Some might be new to the rising inequality, to the fact that work is seeping into every aspect of our lives, but it’s been going in this direction since the 1970s. The truth is – as Donna Haraway pointed out in her essays on Simians, Cyborgs, and Women thirty years ago – that in this new world of cyborgs, all work is feminized, and made increasingly precarious, whatever body carries it out.

To be feminized means to be made extremely vulnerable; able to be disassembled, reassembled, exploited as a reserve labor force; seen less as workers than as servers; subjected to the same arrangements on and off the paid job that make a mockery of a limited work day; leading an existence that always borders on being obscene, out of place, and reducible to sex. Deskilling is an old strategy newly applicable to formerly privileged workers.

These male cry-babies may be the last remaining social class to experience their lives becoming increasingly precarious, in which case it’s no surprise that everyone except them have been so-called ‘early adopters’ of social media and online over-sharing. (As if society hasn’t completely accepted new technology until the middle-aged white guys use it, ha!)

Those who have always been forced (by structural oppression, exploitation, marginalization) to bridge categorical divides are quicker to understand the partial, contradictory, in-flux nature of the internet. For these people, people who have been thrown deep into society’s shit pile and expected to dig themselves out or suffocate, the cyborg is an easy concept. You suffer. You adapt. You become. You survive. When some spunky optimist comes along with a slogan and a sign to ‘change the world’ you roll your eyes and sigh. Yes, the prospects of the future look grim, but if you ever catch us saying “things were better in the old days”, please be certain we’re lying through our teeth.

Within most social critiques these days, the ‘imminent apocalypse’ is often the supposed consequence of inaction. These images of genetically modified seeds collapsing food bases, pipelines spewing toxins, food riots, drones patrolling every inch of land, and on and on. Sometimes it’s hard to think in any other way. But lets get rid of this old cliché. The apocalypse has always been here with us. The world is ending every day. There was never a garden of Eden. We weren’t cast out of it. We’re living in the chaos of the universe. There is no natural, so there can be no artificial. There is no good, so there can be no bad. We use these dichotomies – active/passive, citizen/alien, man/woman – to bandage the trauma of being alive and subjected to our domination by society itself, but lets be real: they don’t exist.

To understand ourselves as cyborgs is to recognize that the tools we have at our disposal are tied to the myths governing our worlds. The world can be recoded through different myths and alternative uses of those tools. We modify ourselves to be compatible (or incompatible) when and where we must. We adapt to survive, we are capable of seizing, reappropriating and changing the tools that we must use to be. To be a cyborg is to be a component of the communication networks; a machine capable of making and destroying other machines.

Haraway admits that the cyborg isn’t entirely unproblematic. The trouble with cyborgs is, of course,

Like other illegitimate offspring unfit to inherit the father's legacy, the cyborg has no ties or obligations to its past. Nothing determines a cyborg’s future except the need for constant connection. Haraway saw that if we abandon this worldview of the ‘looming apocalypse’ then we are free from a kind of neurotic ‘innocence’. An innocence we might have used to build out a concept of justice. Instead, the cyborg reworks old ideas of nature and culture, so that neither can be seen as the source of appropriation or assimilation. We appropriate. We assimilate. That is why we are still alive.

On one hand, if we say we’re cyborgs we must recognize that we're at the “final imposition of a grid of control on the planet.” On the other, cyborgs must embrace partiality. They can’t be limited by dichotomies that were always and arbitrarily confining us to something we were not.

The wisdom in Haraway's theory of cyborgs is to think from both perspectives:

Single vision produces worse illusions than double vision or many-headed monsters. Cyborg unities are monstrous and illegitimate; in our present political circumstances, we could hardly hope for more potent myths for resistance and recoupling.

In this issue, we pry open the lockbox of our cyborg selves. We consider, in this new digital economy, the existence of a CYBORGOISIE. A position of both self-awareness and self-loathing regarding our complicity. We are not in the least bit pumped about belonging to this class, but nevertheless remain trapped. We both are and aren't machines with our clicks, taps, swipes, attention, creativity, expression, and tedious – though not the least bit exhausting – digital labor. Online 'dating', the internet of things, the deep web, wearable tech, space travel, gchat, IRC, GTD, big data, social media experiments, privacy, surveillance, emojis. In this issue, we’re exploring how to think and feel about all of this.

We're proud to feature art by the super talented artist Sam Rolfes, who made the cover image for this issue. This is our sixth month, and believe us when we say that we’re still only getting started. If you have thoughts on this experiment, advice, want to join our editorial board (especially if you live in New York), or just feel like sending us some love, please email us at mailroom@mask-mag.com. Thanks for continuing to support the project, and for staying with us as we build bigger gears and levers for this infernal machine.