What’s it like to turn a trick? An anonymous contributor went on a job-shadow with an escort and learned firsthand.

Watch ‘High Maintenance’ the comedy about stoners, without the stoner comedy. 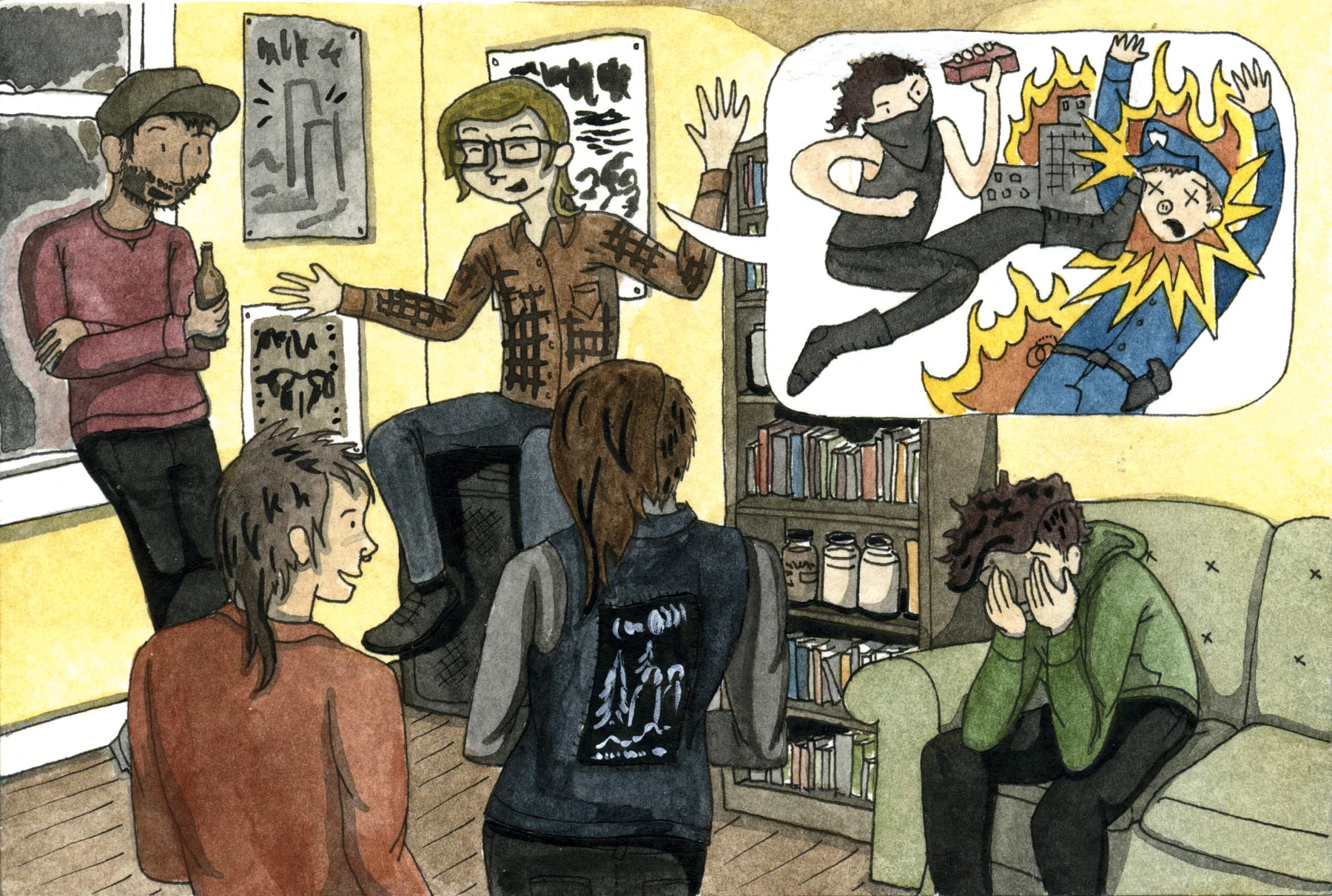 Jenn Vicious answers your questions about depression, talkative partners, and “dropping out”.

My little sister was recently diagnosed with anxiety and depression and started taking meds two weeks ago. I’m really worried about her: she’s away at school in Los Angeles and I’m home in Texas. How do I support her from a distance without seeming like I’m freaking out about her (which I kind of am). She’s going through something super painful and I don’t want her to feel alone. I feel powerless and shitty and worried and weak and whiny. How do I handle this and help her out?

Sometimes it’s better to admit that you’re freaking out, rather than to try to hide it. I say better in part because most people suck at “hiding it”, and things can get weird. I think in this instance, you should just have a calm conversation with your sister. Say “I’m really worried about you. Is there anything I can do to help you out?” She might not have clear requests right now, but knowing that you care and that you want to offer support might be good to hear.

Besides that, you are right, you shouldn’t let your sister feel alone. Send her sweet things in the mail: a care package with her favorite treats, a handmade card, a picture of a good time you had together ... things like that. Again, you are just reminding her of how much you care about her. Ultimately, she has to go through this in her own way. But it always helps to know there are people on your side when you’re struggling.

Remember: don’t complain to her about your own powerlessness or the shitty way this situation makes you feel. Don’t judge the decisions she makes about how to take care of herself. And don’t make assumptions about what she’s feeling or why she might be feeling those things. Remember to listen to her, and to what she is really saying.

To close, I want to say that sometimes some people are totally helped with medication. But I also think that some of those meds are way overprescribed, which I only bring up because I felt like for a while everyone I knew in LA was on some kind of antidepressant. Don’t discourage your sister from taking those meds if that’s what she wants to do, and it’s helping her, but if she wants to look into alternatives, support her in that, too. The most important thing to remember is that she should be in control of decisions about her mental health.

My boo just found out about some sketchy illegal shit I did and thinks it’s really cool and keeps telling their friends. What do I do?

Holy fuck, tell them to stop! Dear everyone, it is never ok to talk about illegal activity, especially about someone else’s illegal activity. And someone you care about? For real?

Your boo is basically increasing your chances of going to jail, even if they don’t mean to.

Now, I’m sure this is a very lovely person with many darling qualities, but you need to sit them down and explain a thing or two:

You should probably consider whether or not this person, no matter how wonderful they may be, should know any other quasi-sketchy things about you. If they can’t keep their mouth shut, especially after you have this talk with them, I would consider them untrustworthy. More than one person has gone to jail because they trusted someone mostly because they found them attractive. Don’t let it happen to you.

So, I’m going through that weird “almost 30” phase, where everything in my life is falling apart. I don’t know what I want to do, where I should live, and how to survive in this fucked up world. I need advice on how to make decisions. I have ton of options in front of me (too many, really) and no real strong desire for anything. I’m depressed and feel completely overwhelmed. I have no fucking clue what to do with life, PLEASE HELP!

First of all, take a deep breath. I’m going to let you in on a little secret: being 30 is awesome.

For the youngins, let’s explain what’s happening here. Most of us coast through our twenties, experimenting, figuring out who we are, and feeling like we have all the time in the world. Then you hit 27 (or 28 or 29) and all of a sudden you are like “fuck, I am running out of time. I have to get my shit together asap.” In the anarchist scene, we talk about this as the time when people “drop out,” disappear from radical circles because suddenly dumpstering and smashing windows just isn’t as satisfying anymore. People want to “live in houses” and “make enough money to survive” and “plan their future.” Ugh, boring, the 19-year-olds think.

But turning 30 doesn’t mean you have to give up anything. It is more like a time of grounding, of putting down roots, of growing into yourself, into that person you’ve just spent all of your twenties preparing to be.

If there’s anything that being an anarchist over 30 has taught me, it’s that all those things I worried about so much in my late twenties don’t really matter. I keep living my life, I keep getting to make decisions about who I am.

So, decision making: if you are actually depressed right now, it’s going to be really difficult to decide anything. So give yourself some space and time. Calm down and don’t freak out about that looming birthday. You said “you have too many options.” That’s awesome! Too many people don’t have enough of those. Think about how lucky you are. And then remember that you don’t have to take any of those paths, if you don’t want to. Or that you can take any of those paths, and it will still work out OK.

Let’s get into some deep hippie shit for a second. I want you to lay down and close your eyes and think about who you’d like to be in five years. Try not to let that image be influenced by the things around you right now. Imagine where you live, what you look like, what things or people you are surrounded by. How would you want to feel; what would you be proud of? Now, are there any of the options available to you that will serve you getting to be that person? Pick one of them.

And really, there is a good chance that just picking something, anything, is actually going to make you feel a little bit better. Another trick I suggest to people who are indecisive: flip a coin. Sounds silly, I know, but actually what happens is that you flip it, and then see how you feel about the decision chance made for you. Not so excited? Do the other one instead. 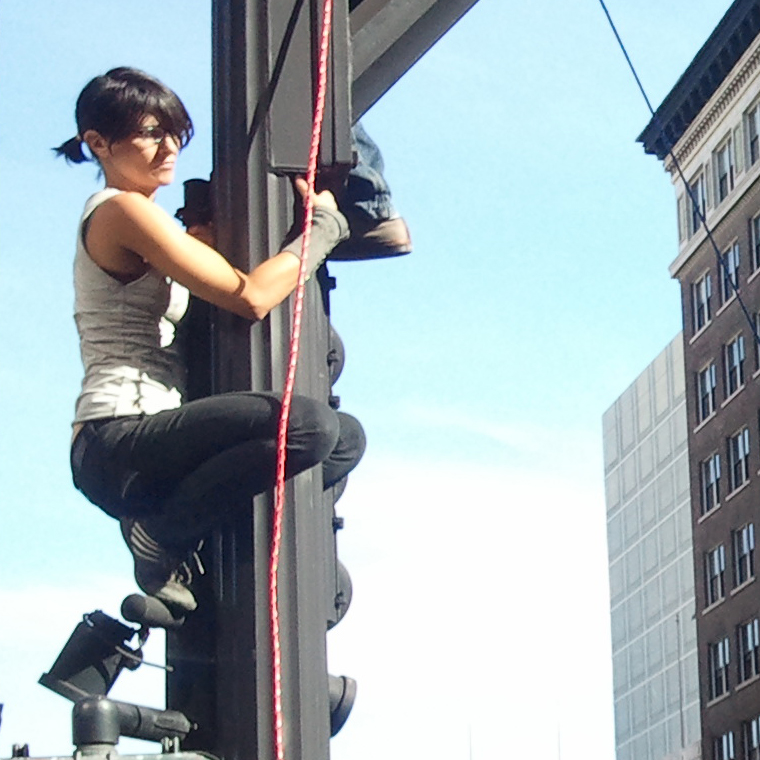 Jenn Vicious is an editor, graphic designer, and anarchist living in Santa Cruz, CA. She is also the author of askjennvicious.com, an advice and social etiquette blog for radical subcultures. You can follow her on twitter and facebook.