February 2014 Horoscopes, just in case you want to relive the thrills.

Carrie Feldman compares her stint in jail with Orange is the New Black. 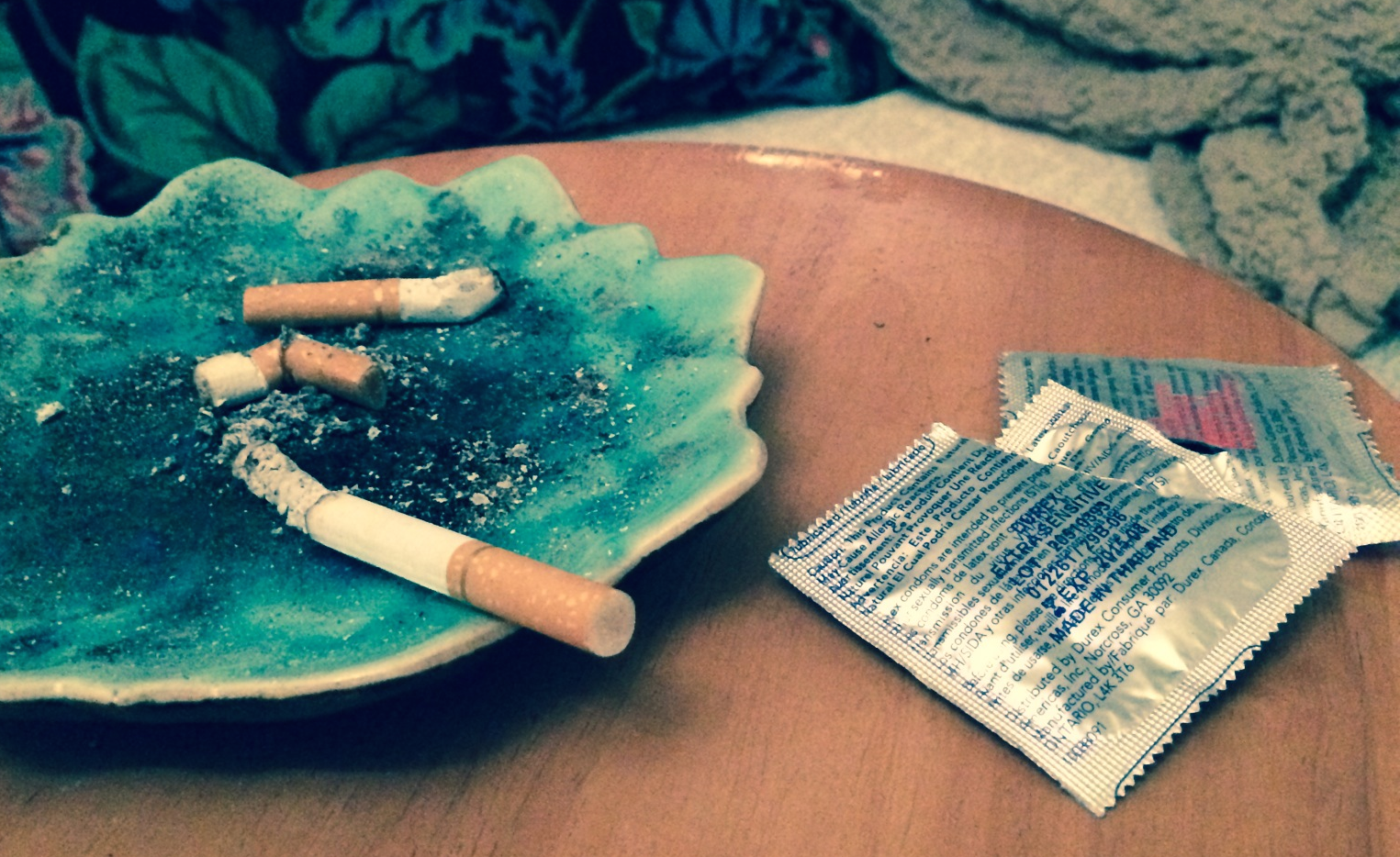 The Man with a Plan

Every john is looking to put something to rest, but good tricks keep them coming back.

Hooking Dan the first time wasn’t difficult. I was working at a hustler bar when my shoelace caught under the heel of his Keen sandal. I fell, cursing. He helped me up and bought me a conciliatory cocktail, asking me if I “liked old movies.” I told him “of course I like old movies.” His eyes lit up, so I casually dropped my rates. I didn’t expect him to bite. He was one of those relaxed, baby boomer fops who still believed in things like Liz Taylor and brioche, the kind that might wear khaki shorts to bars and try to impress tricks by touting their disinterest in paying for sex.

At his house we sat on the porch, drinking beers and smoking up, waxing poetic about cinema when, rather unexpectedly, he began telling me a sad story.

He was twenty-five, living in Iowa, when he met Stefan, someone he described as a bright, young, “artist-activist” type. Dan was working as an administrative mouthpiece for an ad agency while Stefan was unemployed. Upon meeting Dan in a bar, Stefan decided to invite him to a drag show in a cornfield. Dan acquiesced after some hesitation. They drove out together and upon arrival, Dan remarked on the ingenuity of those who had constructed a stage lit without electricity. Then, during the show, someone in the audience stood up and ordered everyone to “duck.” Dan didn’t hear the command; he was still enthralled by the performers, who had frozen in a tableau. The crowd folded over their knees and covered the backs of their heads. The performers scurried offstage. Hovering above the crowd like a bewildered prairie dog, Dan watched a pickup truck full of belligerent boys ride up. They began hurling glass bottles at the audience. He heard a scream. Stefan stood up, fist in the air, and ran to the truck, but before he could reach it, a bottle struck his head in a very precise way that killed him. After that, Dan decided to move to Minneapolis and date women, which he did for about a decade before quitting his job, dating men again, and developing a gambling addiction to help deafen his nightmares, a looped image of Stefan’s body hitting the ground.

My least favorite metaphorical figure for a hustler is the “therapy dog.” It makes it seem like all we do is pretend to listen to johns so that they can pet us and feel better. Every hustler knows that making a john “feel better” is the job you do once the money’s in your pocket. The harder work comes at the beginning of the turn, when we intervene in the process through which a john’s feelings get magnetized to a plan to make life better. We convince them that paying us was part of that plan and, in fact, their idea all along.

I knew I couldn’t breach the subject of payment after Dan’s anecdote, but the night was getting late. I suggested we take a walk around the block. During the walk he slipped a roll of twenties into my pocket, furtively, despite the emptiness of the streets. In bed he watched me undress. He turned off the lights and asked me to kiss him “passionately.” I inferred that by “passionately” he meant “like Stefan would have.” So I ran my fingers through his chest hair and shoved my tongue down his throat, muffling his coos as I jerked him off. It took a great deal of restraint not to gag. He was a chain smoker; his mouth tasted like very stale, charred potato chips that had gotten wet and warm.

I knew that I couldn’t affirm the love that Stefan’s death foreclosed, but that’s what made Dan one of my highest paying return customers. If I were his therapist I might tell him that he’ll never leave that Iowa cornfield by kissing a corpse. But I’m not a therapist, or a corpse. I’m just a whore, so I can’t actually “help” him. I can, however, do all the things lovers do. I can stare into his eyes. I can touch his mouth with my hands. I can slip out of bed, commandeer his cigarettes and finish off the pack, ashing them in one of his many Rococo trays. I could even get dressed, switch off the lamp light, and leave without saying goodbye, but I won’t because, just like Dan, I can’t lock the door behind me.