This Week in ACAB What’s a quality-of-life crime anyway? The biggest threat to our quality of life is probably the police.

Online Generators From school papers to marketing copy, most of what we write is nonsense, so why not let computers do it for us? 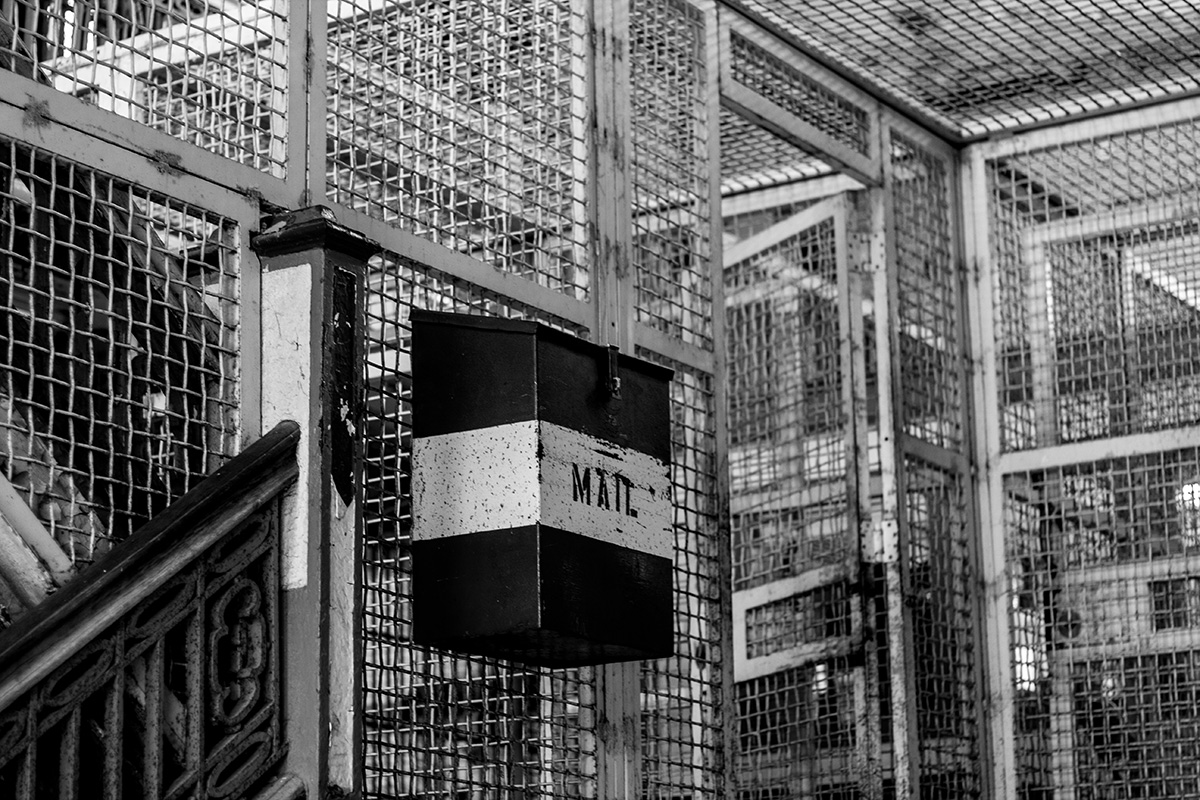 Through a website that pairs prisoners looking for a pen pal with people on the outside, Anya found Jacob.

TV shows and films about prison have been very popular for over ten years now – from “Oz” and “Prison Break” to most recently, “Orange is the New Black”. They offer dramatic portrayals of prison life, with choreographed violence scenes and friends and relatives who seem to turn up all the time, connecting the protagonists to the outside world. While the actors are in simulated prison, their influence is still felt in “the free world”. This is where the fantasy prison life diverts from reality. Staying connected to friends and relatives is a privilege that some inmates just don’t have. In “Orange is the New Black”, one of the inmates, Morello, writes to several men on the outside, with the intention of finding love. The men who contact her are largely portrayed as being undesirable – dorky, unattractive, or mentally unstable – and generally with no hope of finding a willing partner who is burdened by a criminal record. This is part of the reason why my friends were shocked when I told them, brimming with excitement, that I received a reply from a man who I hoped would be my prison pen pal.

I first saw a picture of Jacob on a website which functions as a service for finding an incarcerated pen pal. The website is outdated but functional, and gives the option of sorting prisoner profiles by religion, astrological sign, and sexual preference. The listings have a photo and a brief bio, which does not differ that much from one you would see on somebody’s blog or a dating profile. In the corner there is a small link which opens a pop-up window, revealing their crime.

A pretty blond girl who looks like she could be on a stock photo for a community college is in for murder and arson. A skinny kid whom I recognized from a news story is on death row for a horrendous crime he committed as a teen. However, it is no surprise that most of the website users are in for drug-related charges – according to the U.S. Federal Bureau of Prisons, drug offenses make up 48% of the incarcerated population, which amounts to over 95,000 people.  Several men pose in their photos by a mural of a forest with their arms crossed; their orange uniforms clash with the greens and blues of the backdrop. I felt too nervous to write to anybody with facial tattoos or a bio stating that they want to find love. One man pleads, “Yes, I am a lifer – but don’t let that stop you from contacting me.” Each person signed up for the service must be lonely, and sending a letter requires almost no effort on my part, yet I am picky with whom I decide to contact, and it makes me feel guilty. Although browsing through the profiles feels like prying, I find myself scrolling through them for hours.

Jacob’s (name altered for privacy reasons) profile didn’t stand out to me for any particular reason. He seemed approachable, perhaps because he is smiling in his photo, which was likely taken before his arrest. Some of the other convicts focused more on the aspect of meeting people from “the outside” for romantic reasons, stating that they are clean and can cook, love children, and so on. Jacob’s bio had none of that, but a quote from J.K. Rowling - “It is impossible to live without failing, unless you live so cautiously that you might as well not have lived at all – in which case you fail by default.”

As a chronic maker of bad decisions, the quote spoke to me. I thought about all the people I know who could have been in the wrong place, at the wrong time, caught up in a world of partying and substance abuse – so I decided to send him a brief letter, to ask him about his personality, and his life before the arrest. And thankfully, he wrote back.

“Aren’t you worried that he will come find you when he gets out? He has your address, you know,” my friend Ella expressed her concern.

“I’ll be lucky if my rent hasn’t doubled by the time he gets out,” I responded. “I’d love to still be living at the same address in three years. And besides, I don’t think people convicted of dealing drugs are able to cross the US border just like that.”

She gave me a dejected groan but leaned in and peaked over my shoulder as I read it to her.

Jacob is 33 years old, but has been in jail since he was 26. He has clear, wide handwriting, smiley faces liberally sprinkled into the text, and a smooth signature, which would look better at the end of a crisp letter from a business firm than on bright yellow lined paper.

“I know, very stupid of me. I got hooked to the easy money. Now I am paying for my mistakes,” he wrote. He seemed eager to repent – but I wasn’t judging, or was trying my best not to. I’m not an angel, either. I tried my best to put aside my morality and get to know him as a person. I wondered if he really felt bad for committing a crime or if he was being urged to be repentant in prison. I didn’t write to him so he could apologize for taking wrong turns in life, but I read on.

Jacob wrote that he is an active person who enjoys music, hiking, and sports.

“I’m not big on sports, to be honest,” I wrote him. “But I love music. Do you get to listen to music in there?” I hoped I didn’t come off as being rude, but I was clueless about what his life must be like in there. He wrote back that he has access to a radio and an MP3 player. A Texas native, Jacob loves country and rock. He suggested a song for me to listen to – and although it wasn’t really my thing, I could see the appeal of the lyrics:

“Oh, take your time, don’t live too fast
Troubles will come and they will pass.”

“Who puts music on those things for them?” my friend chimed in, reading the letter after me.

“I’ll ask him the next chance I get,” I responded.

Jacob also asked me to send him a photo, so that he may put a face to my chicken-scratch. Although I was hesitant, I felt it was only fair – after all, I pried into his life, studied his photographs, saw the reasons behind his arrest that he wouldn’t have wanted somebody meeting him for the first time to see. I thought about what he will do with my photograph, if he will show it to cell mates, or if perhaps he would be disappointed in my appearance, expecting something different, a fantasy girl whom he already met in his mind.

The truth is, Jacob likely does not really care what I look like. Locked up in California, miles away from home, it is unlikely that his family and friends have the chance to visit him often. The TV portrayals of prison life often make prison life seem more eventful and scandalous than it is, and leave out the crippling loneliness that most inmates experience. I thought about how often I feel a withdrawal from human contact after spending a few days alone working or studying. The sadness I experience when I feel as though I’m missing out on a social event could not come close to what the men and women have to deal with. I have the ability to communicate with my loved ones over phone or social media at any time of the day, but for people like Jacob a phone call is a special occasion. For this reason, I will keep writing to him, even to just ask him about his week, or to ask if he has had a chance to find anything interesting in the prison library. Even if I may not able to offer legal advice or news from his family, I hope that I can at least put a smile on his face. 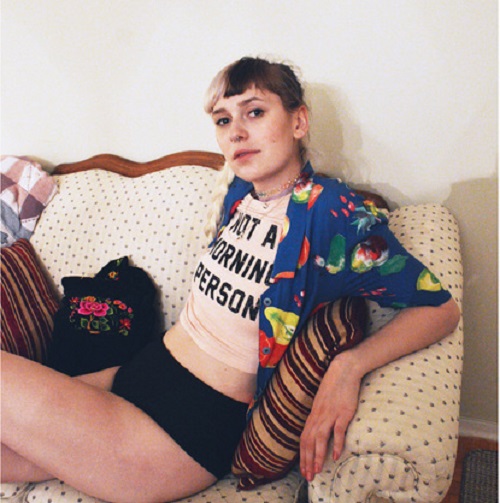 Anya Zaporozhchenko is a writer based in Toronto, Ontario. She is a Moscow native and her work centers around the issues of immigration and queer rights. She is also an editor at the UC Gargoyle at University of Toronto.