Sleeping My Way Out

This Week in ACAB: 22 People Shot and Injured in Argentina after Police Crackdown on Anti-Government Protests, and other news from Mexico, Macedonia, and USA. 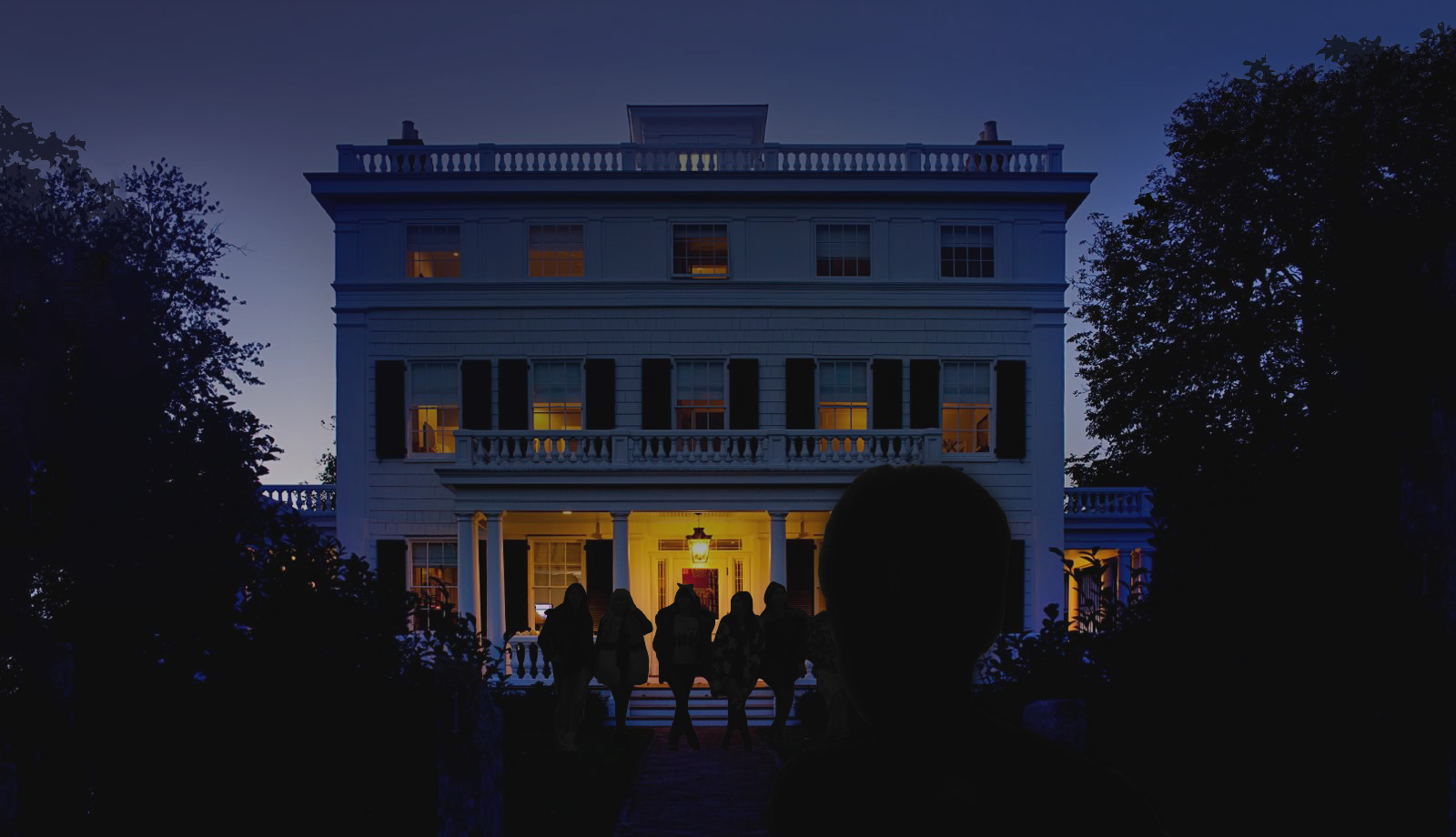 Sleeping My Way Out

How Sex and Social Capital Ruined My Academic Career

Cynthia Spencer dropped out of college after a hellish second year, when she was bullied and slut-shamed by her housemates at the feminist collective. Was she the villain or the victim? The thing about trauma is that you’ll never know.

In the fall of 2008, I was sitting in my freshman seminar talking about structural inequality and the social construction of identity, when the professor suddenly interrupted the discussion with an urgent look of concern on her face.

“Wait. Do any of you know what’s going on? Have you picked up a newspaper in the last six weeks?” The room blinked back at her silently. She explained to us that Lehman Brothers had just gone bankrupt, and that we were entering an unprecedented economic crisis. “I know this place is a bubble,” she said, “but, my God. Where have you been?” We were thoroughly shamed for our apathy and cluelessness, as though the college experience we’d purchased from that institution had anything to do with awareness of the financial power structure.

I know what I’d been doing: I’d been trying to get my number up. I entered college having slept only with two people and it seemed absolutely imperative that this be multiplied as many times as possible. To me, this meant proving that I was not only sexually desirable, but worthwhile in general. That my existence could be shown not a complete mistake, purely a waste of resources. That my body could be anything but a problem: fat (my dysmorphic mind told me), pained, abused, incapable, unwelcome. I wanted to be smart too, of course, and if anyone had asked I would have said this was more important to me than approval from others, but I’d been told I was smart my whole life. I needed to see that I could be beautiful or wanted or experience love, even in the way that a one-night stand sometimes passes for it.

One guy I hooked up with turned out to be a cult leader. He was extremely charismatic, obviously, and I wound up obsessed, joining his group and following him to Chicago the summer after my freshman year. There, I spent most of my time between the weekly meetings smoking weed alone in my room, occasionally venturing outside to eat a burrito or get drunk at a warehouse party or visit with the meth heads across the hall for free drugs and attention. After one of them raped me, the cult leader told me it was my fault for putting myself in that situation, and I believed him. I swore at the end of the summer to break all my vices and finish school clean and sober. I went back feeling like a tender slug in a bulletproof shell.

I moved into the Women's Center, one of those on-campus specialty houses all the cool kids live in at small, private, liberal-arts colleges. I had been desperate to get into one of these houses, and saw this as my opportunity to finally gain some social capital and personal validation after a lifetime of being the weird fat kid who didn't talk. Of course, cool-kid striving and weird cult loyalty are not the most compatible things. My sobriety lasted about two weeks.

I got drunk and went out to a show at the campus bar/venue, where one of my fellow cult members saw me stumbling around with a beer and snatched it out of my hand. I took off running over to the academic side of campus, where I knew no one would be at that time on a Friday, flung myself onto the grass and cried. I howled at the sky and ripped up handfuls of grass and mud to smear across my face. I lost myself completely in the feeling that it was hopeless, that I could never be fixed.

I kept attending cult meetings but they eventually kicked me out for not caring enough to ditch the rest of my friends. I devoted the bulk of my energy to trying to infiltrate my housemates’ clique, which failed miserably. How do I describe the feeling of not being wanted when no one will say it to your face? It just seeps into you. Your existence in shared space becomes defiance. Every conversation that turns its back to you, every person in the room who avoids your eyes makes you more aware and anxious and angry. I didn’t know how to interact. My body swelled with rage, at myself and at everyone who ignored or avoided me. I started fucking with them in small ways, taking their clothes that they left in the common room, claiming that I’d found them in the free box and refusing to return them. I hated eating on campus (always alone) but couldn’t afford to buy my own food to cook so I’d sometimes steal things from the kitchen. There were honest mistakes, too, like being too depressed to complete a group project that I had tried to take too much responsibility for, and accidentally starting a rumor about a friend because of something I couldn’t remember had been said to me while I was drunk or in a dream.

There was this guy who had left school. He was slight and late-aughts hipster-ish (square glasses, Threadless t-shirts). He had flirted with me once or twice and his gentle demeanor and unintimidating coolness led me to believe he might actually be capable of caring for me. I’d seen him holding hands with my roommate before, but like a year ago. I figured these things don’t last around here. I figured that when he came back to visit and was hanging around the house, they were just friends. I decided that I was going to fuck him, and that’s exactly what I did.

As we walked back to my house from the hill behind the theater, where a security guard had told us to move along, I looked at my phone to check the time and found that I had a bunch of new text messages, at least one from every member of the clique that orbited the Women’s Center. They told me I was ugly and evil. I was a whore and nobody liked me. I was compared to high-level Nazi officials and told it’d be better if I just died. I felt the shock of this physically, though in retrospect I can’t honestly say it surprised me to learn they felt this way.

I don’t remember what was said between me and the wall of housemates and friends who were waiting for me in the living room when I got home. The guy had fled and I walked in alone. I do remember feeling like I was facing a firing squad, and that when I got back upstairs to my room and drank out of my oh-so-collegiate jug of Carlo Rossi, someone had pissed in it. Thoroughly abject, I drank the whole thing anyway.

Thankfully, there were only two months left before the end of the year, or else things might have gotten worse than academic probation. I was afraid to leave my room and avoided the common areas of the house like the plague. The administration sent me to a counselor who failed to convince me that it was worth going to class, but did encourage me to take time off. Dropping out at the end of that year was the best decision I had ever made. I floundered for years, and still struggle with addictions and self-worth issues, but I accomplished so much more in the four years I spent living in Milwaukee with a bunch of freaks and anarchists than I possibly could have holed up in an expensive higher-ed summer camp. 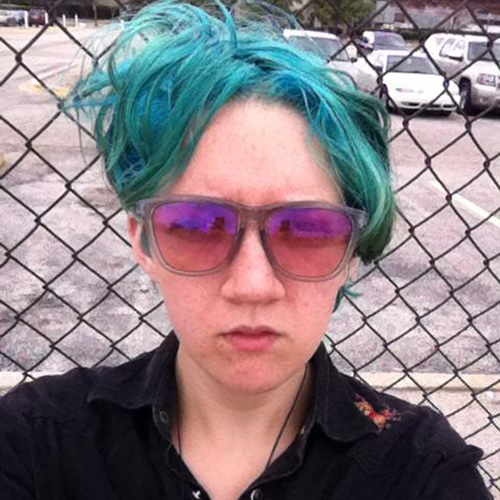