“We Shut Down the Caltrain”

watch the trailer for I AM NOT YOUR NEGRO, James Baldwin's powerful last words

Winter Skin 101 How to combat dry skin during the winter months. 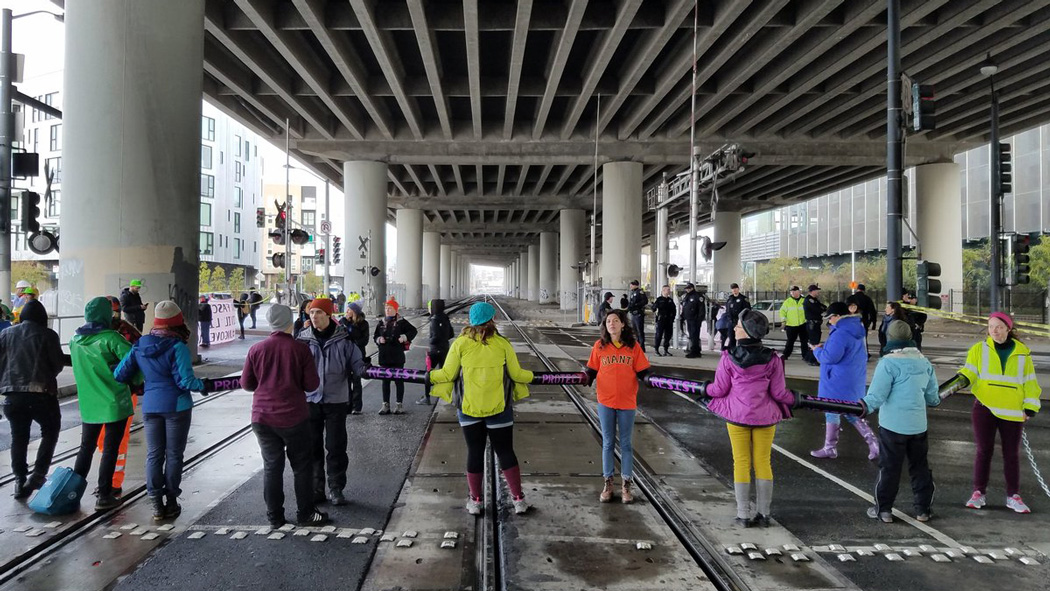 “We Shut Down the Caltrain”

You know that feeling that there’s something very wrong, but you’re immersed in a sea of people who are not acknowledging it? The days and weeks before the inauguration, I and many others decided we could not bear the suffocating silence anymore. And so, last Friday, on the day of the Trump inauguration in the great city of San Francisco, tech capital of our nation, activists showed up at specific locations from all corners of the Bay Area in San Francisco to shut shit down.

And shut shit down we did. The Caltrain, that is – a commuter rail line and massive piece of city infrastructure. The intention of our action was not merely to stop the trains, more to put a wrench in the gears of the system which caters so terribly to capitalist greed.

I and ten other activists took on a role that involved risking arrest, a so-called ‘red role.’ Sometimes, like this time, being a ‘red’ means chaining yourself to a line of other radical souls across two sets of tracks. We embodied this risk fully, wearing brightly colored clothing that shone against the doom-and-gloom backdrop of construction, train tunnels, and commuter traffic jam. Rain dripped down all around us. People hollered and cars honked, displaying solidarity and outraged approval as we broke the silence together, chanting through bandanas, our breath rising as steam. The other members of our team were doing safety checks, holding banners, and checking on us. As the San Mateo Sheriff and San Francisco Police Departments started arresting us with unexpected brutality, our media team and police liaisons were right there with us.

My friends and I locked down together because we stand for justice. We know we’re not alone in this. The fact is, we’re all locked in to this fight, with our bodies on the tracks because our bodies are all subject to the harms of capitalism. This is especially clear in San Francisco. The power of tech has endangered so many lives, with queer, trans, elders, families, and people of color disproportionately displaced, subject to violence, including by police. I was born here, and I’m one of many who continue working against the tech takeover of San Francisco. I am one of many who are responding to the awakening in the heart of this city, the heart of this nation. We’re organizing, and when we hear the next call, we’ll show up in the full armor of solidarity and love.

And we won’t turn back.