This Week in ACAB: Cops Lie

Meet artist and poet Xena Ellison who draws inspiration from Ms. Frizzle, Mortal Kombat, and gold medals at the Olympics. 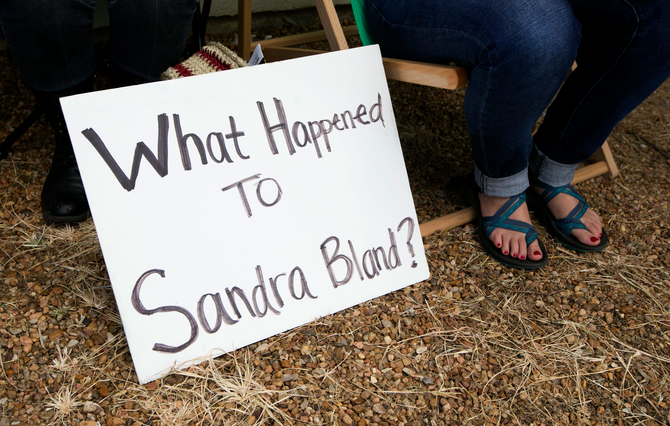 To put it plainly: #CopsLie, and they lie about almost everything.

On July 17, 19 NYPD officers were charged with misreporting crimes in the Bronx during a four-month period in 2014. When investigators did an audit of the 40th precinct, they found at least 55 instances of cops downgrading the severity of crimes. Patrick Lynch, the head of the NYPD’s union, has already blamed this case of cop mendacity on “management” and a “serious shortage of police officers.”

Police have killed over 620 people this year so far, and this week, they proved that they will unflinchingly kill you and then lie about it.

Just weeks after cops in Nebraska put tasers to the necks of Lakota protesters, Denver police shot and killed a mentally ill Lakota man and then lied about what happened. On July 12, Lynn Eagle Feather called police to get her son, Paul Castaway, under control after he began to experience an episode of schizophrenia. When police arrived and saw Castaway with a knife in his hand, it wasn’t long before they shot him. The jakes, as they tend to do, claimed Castaway lunged at them with the knife, but surveillance video showed that Castaway, in fact, had the knife to his own throat the entire time. His last words after being shot were “What’s wrong with you guys?”

I think we’d all like to ask cops the very same question.

After some callous Twitter remarks on Castaway’s death from the Colorado Fraternal Order of Police (and preemptive blocking of certain journalists, Anonymous proceeded to wage an online war with the Denver police union. The Colorado FOP’s Twitter account is now protected, and their website was shut down for days.

On July 10, 5-O in Waller County, Texas pulled over Sandra Bland for a minor traffic violation. Police claim she became combative and assaulted an officer. She was then arrested and put in jail. Days later, on July 13, cops claim they found her body hanging in her cell. The whole thing is so sus.

Many of Bland’s family and friends suspect that the police are lying. Video of Bland’s arrest shows her yelling that the cops slammed her head into the ground and that she couldn’t hear. Also, Bland had just moved from Chicago in order to start a new job at her alma mater Prairie View A&M, and according to her friends, she was in good spirits before her arrest. In short, there’s no reason to believe that Bland would take her own life. People are now rightfully asking: what happened to Sandra Bland? And if we ever do learn the truth about what happened, know that it probably won’t come from the mouth of a cop.