Holy Ghost Allison Stone digs into the occult undercurrents of her upbringing, and finds arcane skeletons and ghosts.

this week in acab: This week in ACAB, challenging authority can get you killed. And this applies to 5-O around the world, from Texas to Turkey. 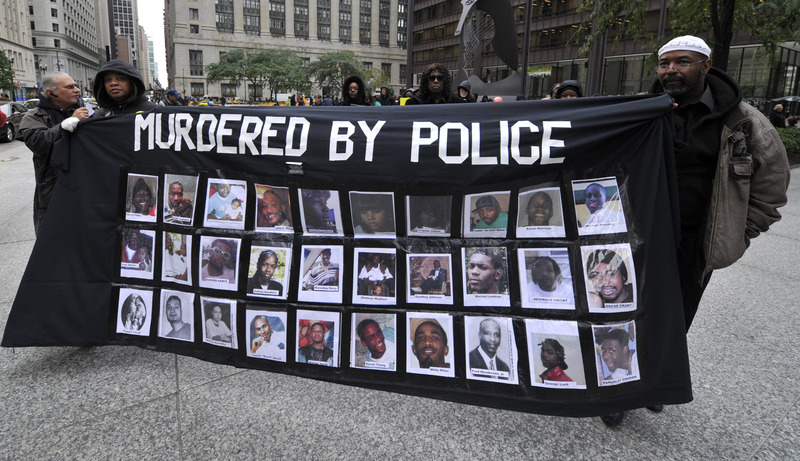 This week, police are exercising their powers of repression.

Cincinnati city officials had their work cut out for them trying to repress riots following the murder of Sam DuBose by police, body camera footage from which was release on July 29. After meeting with faith leaders and acknowledging that the soon-to-be-released video was “not good,” Cincinnati Police Chief Jeffrey Blackwell called for peace and prepared for riots. In another effort to prevent any uprisings, after the video was released, University of Cincinnati police officer Ray Tensing was quickly charged with murder and turned himself in. As expected though, he wasn’t locked up for long. Thanks to offers from all around the country, Tensing posted 10 percent of his $1 million bond and was freed only nine hours after pleading not guilty. He’s now fighting to get his job back. Hamilton County prosecutor Joseph Deters also announced on July 31 that he would not be bringing any charges against the two cops who helped back up Tensing’s lies about his murder of Sam Dubose. Meanwhile, Cincinnati 5-O arrested at least six protesters at a rally for Sam Dubose on July 31.

During a series of raids against Kurdish groups, leftists, and ISIS in Istanbul on July 25, po-po in Turkey killed Günay Özarslan and arrested dozens of other activists. Efforts to have a public funeral for her were harshly repressed by Turkish police for days, often resulting in clashes between the cops and protesters. Finally, after three days, Özarslan was laid to rest. On July 26, in Eskişehir, cops arrested 17 anarchists during a march for the people killed by the July 20 suicide bombing in Suruç. Days later, on July 29, police in Cizre shot at a group of four fleeing people, leaving two of them wounded on the ground. Police approached one of them, 17-year-old Hasan Nere, and “tied his hands and feet backwards.” When local people started arguing with the cops about the lack of medical attention shown to Nere, the cops aimed their guns at the crowd and forced them to disperse. After about 30 minutes, Nere was finally taken to a hospital where he died.

Baltimore cops acted similarly after they shot Korey Minor in the face on July 27. Local people who witnessed the shooting began to crowd around the police and yell at them. More people then joined the crowd, and the cops ordered them to disperse. Many refused to leave, and cops soon made four arrests with one man reportedly being tased.

The St. Louis police union also got a benefit concert for Mike Brown, scheduled for August 7, two days before the one-year anniversary of his death, postponed. The cop union, singing their classic tunes, cited concerns that “outside agitators” would start another riot.

Police in the USA have killed more than 670 people so far this year, including shooting unarmed, 19-year-old Zachary Hammond on July 26 in South Carolina and then lying about what happened.