This Week in ACAB: Wilding out in Europe, Too

CeCe McDonald and Katie Burgess on lessons learned when fighting for lives worth living inside and outside prison.

July Horoscopes This month is a big, sloppy mess of a kiss from a drunken god. 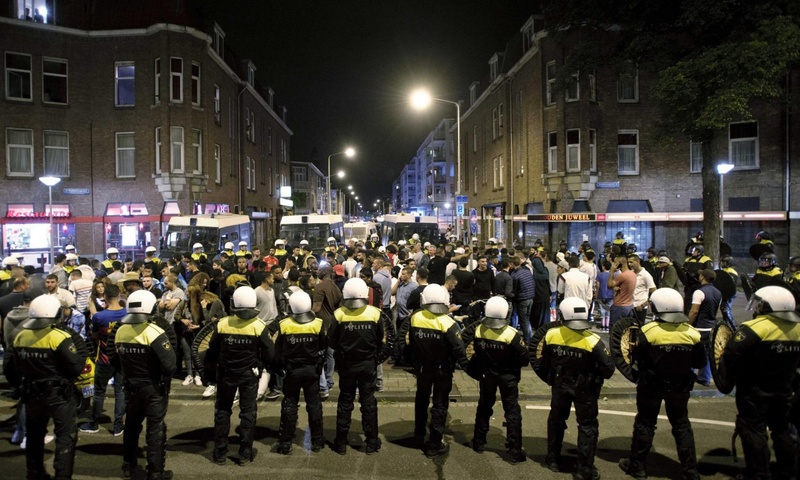 Wilding out in Europe, Too

Police in the United States as well as in other countries have seriously shown their versatility with various kinds of violence this week. From killings to brutality to armed robbery (known as “civil asset forfeiture”), the police proudly flaunted their wide repertoire of tools for maintaining and expanding oppression. And of course, no one is safe (though some are definitely safer than others).

#Bahrain: Injuries by shotgun pellets shot by the police tonight during protests in Al Bilad. pic.twitter.com/BBhikWo5jv

Earlier this week in Whitehall, Ohio, the parents of four-year-old Ava Ellis revealed that even little white girls and the family dog are not immune to the bullets and lies of police. Andrea and Brad Ellis came out this week to say that Columbus cops lied about what happened when one of their officers shot Ava in the leg last month. Here is what really happened: after Ava had cut herself on some glass, her sister asked a nearby cop for help. Without calling an ambulance, the cop went to the house and started busting his gun when, according to the police, the family dog, Patches, ran towards him. Instead of killing Patches though, the pig shot Ava, the person he was there to help. Ava’s parents say the dog didn’t charge the cop and that the cop just walked away after breaking Ava’s leg from the impact of their gunshots. They now have a Facebook page set up for poor little Ava who is now in a cast up to her ribs.

And don’t think that cops have forgotten about their favorite victims, poor people of color. Plain-clothes NYPD officers stopped 30-year-old Saykou George in Harlem on July 1 for allegedly having a knife in view. Video of the stop doesn’t show any immediately visible knife, but it does show one officer taking away George’s ID and then punching George multiple times for trying to walk away from the pigs and their harassment. The NYPD’s top crypto-fascist, Commissioner Bill Bratton, later said he “saw nothing inappropriate with the officer’s behavior.”

The jakes have been wilding out in Europe, too. On June 28, Dutch pigs took a page from the NYPD’s book and killed 42-year-old Aruban Mitch Henriquez in a manner very similar to Eric Garner’s murder. On June 27, Dutch cops had dogpiled and pinned Henriquez, who was in the Netherlands visiting family, to the ground during a UB40 concert in Zuiderpark. They claimed he had a gun. A later investigation showed he was unarmed. They claimed he fell ill after he was in the police van and that they tried to revive him. Videos then emerged of the incident and an already-unconscious Henriquez being put into the ambulance. Riots then broke out in the largely-immigrant neighborhood Schilderswijk and have continued for days. May they spread ever more widely!

Holland’s pigs still aren’t as skilled at murder as their US counterparts though. As of July 4, the 2015 body count for the USA’s cops is a little over 555 and is expected to hit 1,100 by year’s end with blacks being more than twice as likely to be killed as whites. God bless America!