How to Be a Genius Woman in 17th-Century London

Creative Blockades Look at these hay bales doing being totally out of control!

Adidas’ new freaky Future The premiere of their new line depicts influencers going against the grain. Take a look. 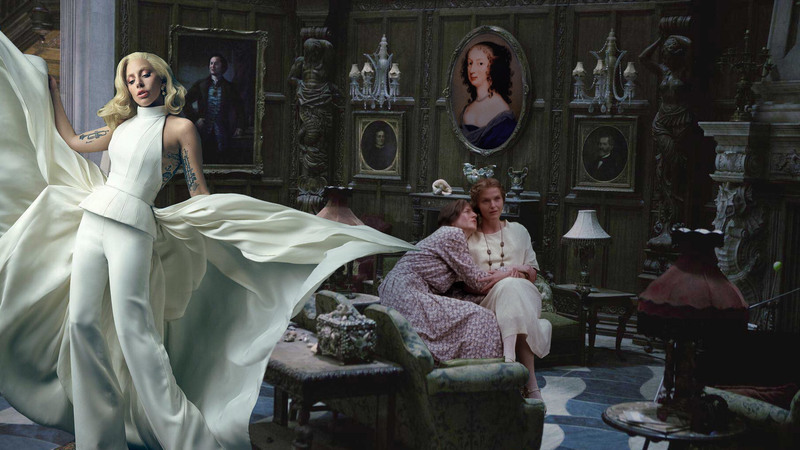 Imagine every time you wondered why the sky is blue or why bees sting, you formed an explanation only with what you had in your head. Imagine you wrote down every theory. Imagine a publisher agreed to publish all of them. Now imagine this you is a duchess returning to London from political exile in Antwerp in 1660. Imagine your life’s work had been lost in transit.

Danielle Dutton’s fictional biography of Margaret Cavendish, Duchess of Newcastle (1623-1673, birth chart unknown) gives plenty to go on in these imaginations. Biographies do their best to give shape to the lives of people who have been dead for almost 350 years, but rebirthing a life in fiction has to come from a place deeper than a reminder that they were once human. If not deeper, then a more tender and empathetic place. This is the delirious place Dutton has taken Cavendish to in Margaret the First. Or maybe, the place Cavendish showed Dutton after the ten possessed years she spent writing the novel.

The title comes from Cavendish’s novella The Blazing World: “That though I cannot be Henry the Fifth, or Charles the Second; yet, I will endeavour to be, Margaret the First.” The regal bullishness echos in Dutton: “I am gallant. I am bold. I am right on time.” Margaret the First was at least two firsts: the first woman to attend the Royal Society of London and the first woman in England who wrote to publish (though not to be confused with Aphra Behn, the first woman in England who wrote for a living). Born to an aristocratic family, Cavendish became a lady-in-waiting to the French queen, and then lived in exile during the Civil War for 16 years with her husband 38 years her senior. After the Civil War, she returned to fashionable London as an outsider.

There are worse places to be as someone who would rather be famous for the wrong thing than to die in obscurity. “Mad Madge” to her contemporaries, Cavendish was the closest thing 17th-century English court had to Lady Gaga at the MTV Music Awards with the wits of Kanye on Twitter. At a time when men could have metaphorical offspring in their work while women reproduced living bodies, Cavendish, childless, wrote plays, novellas, observations on the latest Royal Society experiments, treatises on the natural world, political pamphlets, polemic against the leading scientists who were often dinner party mates (among them, Robert Boyle and Descartes), and still more letters.

Or, as Dutton tells us, she would show up to the opening night of her husband’s play dressed in a gold gown, “her breasts bared, her nipples painted red.” “’The femme forte,’ she explains, ‘A woman dressed in armor.’”

From girl to woman, Dutton’s Cavendish drifts from the first-person consciousness of a child finding her corner in a world where the lighting often contours the wrong features, to the self-awareness of middle-age fame that reflected back onto herself in the third-person like a mirror in shards, and finally becomes one with the voice in her head that always whispers: write, write.

The lost crate of Cavendish’s manuscripts eventually turned up at her house in London. Out of the profuse material and volume of Cavendish’s intellectual autobiography, it is Cavendish in the labor of writing that preoccupies Dutton the most. Behind the dramatic smokescreen of political turmoil and social faux pas is a tender and intimate portrait of a writer and all that a writing life encompasses: to write without a privileged identity abroad; to vocalize private but not self-conscious ambitions; to be awkward and clumsy when required to be social; and to grapple with insecurity about the reception of her work in public. Cavendish’s writing on science had been dismissed as outlandish, unscientific, and at best naïve. (She was not even considered serious enough to be heretic.) But how could Mad Madge be anything but a genius when she produced all of that work while maintaining a larger-than-life personality and managing a glamorously obscure afterlife?

It takes a genius to immortalize another genius. Dutton came to know about Cavendish through Virginia Woolf, who might have single-handedly preserved Cavendish’s multitudes: “For me [Cavendish] is that awkward cucumber, but also the roses and carnations. She spreads. She crushes. She’s crushed. Margaret is the whole garden.” We might not have had to cling onto Woolf so much if Cavendish had been more legible or endeared. At the same time, Margaret the First realized this singular beauty in getting to know someone through those who cared about or loved them the most.

It was a boy genius who first introduced me to Cavendish, three or four years ago, and the manic helplessness in falling for someone who lived 350 years ago. He was also partially responsible for my encounter with Eve Kosofsky Sedgwick, another genius, who once wrote, “obsession is the most durable form of intellectual capital.” A genius, it turns out, is someone I can’t stop thinking about because I can’t decide whether I want to know more or know more about. To think of the diminishing aura of writers I used to shamelessly summon as patron saints that don’t stand up to time like a painting exposed under sunlight for too long. The denouncement has the taste of betrayal like the forbidden fruit Eve took for knowledge. Once you know better, you wish you didn’t know at all.

From time to time, I wish Cavendish wasn’t white, wasn’t aristocratic; I wish Dutton isn’t white, isn’t middle-class. I want my geniuses to be more like me so I can love them without reserve – without the fear that if love isn’t total, it might not be love. So to try again, I started the book again from the beginning. This time, I looked for Cavendish’s listless, restless, and feverish loneliness that made her Margaret the First.