“Yes, I’m a criminal.” Seven of the most infamous hackers who were arrested or otherwise punished for their curiosity and wit. 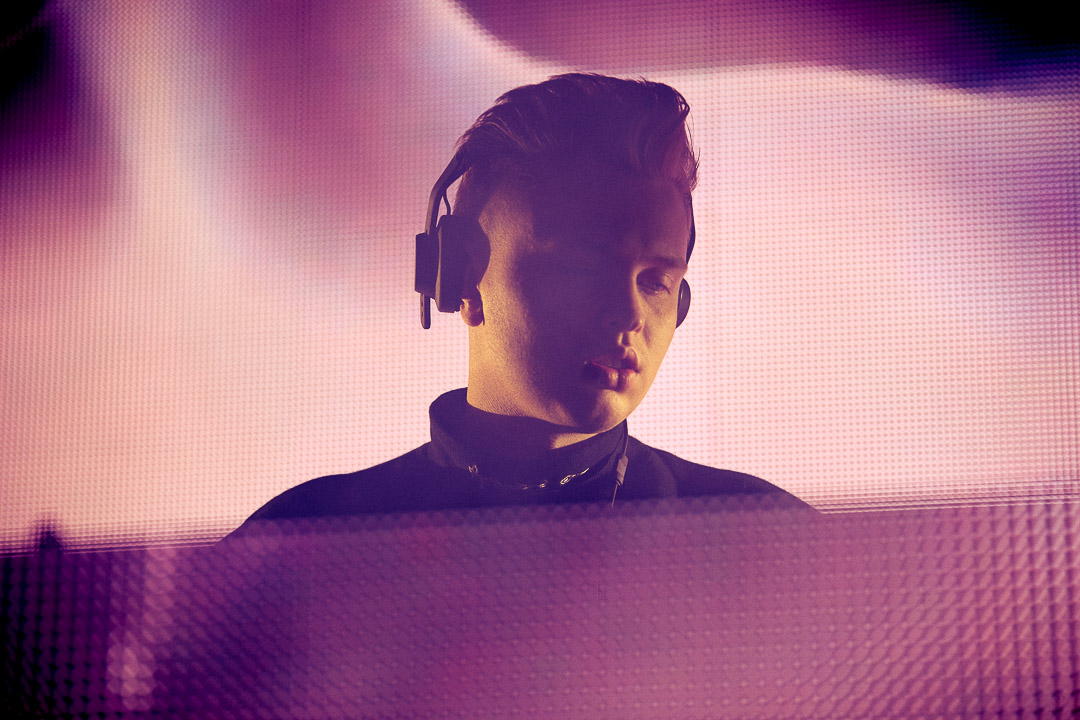 The Norwegian producer that once wanted to make people “feel angry and afraid” in the club is now getting booked around the world.

Three years ago a friend of mine posted a strange Soundcloud link on my Facebook wall. “Art for the people”, she wrote. It was a recording from the club MintGreenLean (MGL) in Bergen, Norway, including mixes by residents Drippin and ilI Tariq and with a guest appearance by the producer Craxxxmurf.

I had been a dedicated music geek for a few years and was continually exploring different scenes. Some artists from the tape were familiar but the whole genre-bending compilation escaped any vocabulary I had at the time for describing club music. It was as if the eerie, hyperactive sound of the mix mirrored the low-frequency “dread” from early dubstep; the MGL mix carried similar traces of terror but through completely different textures.

Soon after I first listened to the mix, interesting new artists and lyricists started releasing tracks produced by Drippin, including New York rapper Le1f. Last fall Drippin released the EP ‘Silver Cloak’ through Lit City Trax. Several tracks from the release have dominated club mixtapes during the past year. More recently, his production for Sicko Mobb together with Sinjin Hawke has been getting some serious attention.

MintGreenLean is today a thing of the past and Drippin is instead running the club Ball Em’ Up with his fellow producer Slick Shoota. Still, over the years I have kept returning to the MGL mix, which didn’t include a tracklist; on occasion I put  hours into trying to find out the names and artists behind different tracks. I googled lyrics, went through Soundcloud publications from that time and sent Drippin a message over Soundcloud, Facebook, and even an e-mail, but had luck only with a few of the tracks.

So when I saw Drippin was coming to my on-off hometown Helsinki to play at the local version of the Modern Sky franchise, I couldn’t resist the temptation. Maybe I could finally get that tracklist? We met at the backstage of the venue Nosturi in Helsinki.

Can you tell me about yourself and the scene you play in. I guess MintGreenLean (MGL) hasn’t existed for a while?

MGL was like a club night that ill Tariq – or Syk Tariq or Al Tariq, he has different names – and me started in Bergen. He lived right next to me. We wanted to create an aesthetic and space to just experiment and to have fun with club music. It’s something I kind of miss now, that time when I just didn’t care. Now things are more serious.

But Bergen is a really small city, it’s really hard to do stuff like that. People don’t appreciate it. So, there was really no point in the end. But it was really good for expanding my network. We got to book Total Freedom, Why Be, Cashmere Cat and Craxxxmurf or TCF. It was good in that way. Those people have been and definitely still are people that I look to, people I talk to and work with. Those relationships from MGL have actually in some way been the foundations of what I’ve done afterwards.

How is Ball Em’ Up different from MGL? What kind of space is it, what kind of people go there and what are you trying to achieve with that?

I guess Ball Em’ Up is more friendly. MGL was really unfriendly, we often played music that people didn’t want to hear. That was kind of the point of the whole club, forcing people to be afraid at the club, angry at the DJ. Sometimes it really worked, sometimes it was a trainwreck and sometimes it was so subversive that it almost became more of a mainstream party.

Ball Em’ Up is on a higher level with production and in bigger clubs. We started in Oslo and we did two nights in Bergen also. we got to book a lot of exciting acts; Yung Lean, Total Freedom, Sinjin Hawke, Dubbel Dutch, Nguzunguzu, Cashmere Cat, Samename, Visionist, Jam City, Neana and more... But Norway is such a small country that chances are minimal that people actually know what they’re dancing to. Probably like 10 people in the club actually appreciate what you’re doing. It’s ungratifying work so we are kind of in a hiatus right now.

You have said you make “dark, sinister club music.” The darkness in your music, where do you draw it from?

I’ve always been drawn to dark, aggressive or sad music, I’m not sure why. The first CD I bought as a kid was by Cypress Hill. I can’t remember the name of the album, but I remember I was really drawn to the artwork, a creepy gothic cathedral with a hooded figure climbing a gigantic staircase. I was mostly fascinated by the beats to be honest, I rarely listen to lyrics, even now. Another big musical influence was of course Three Six Mafia and their first mixtape, Mystic Stylez. Growing up in Norway and being exposed to Death Metal culture here also is something at has affected me.

Personally I feel like there’s a feeling of an impending doom in our times. All the great narratives of hope seem dead. I think one of the things that resonates strongly with me in the music of artists like yourself is that for me it feels like the musical expression of that feeling.

Yeah, it kind of makes sense, I’m really pessimistic about the outcome of the human race. I guess that anxiety also feeds into my music, that’s probably also a common theme amongst many producers of this generation. Young people that are pessimistic or who don’t have a bright vision of the future and who just want to fuck everything up.

You use a lot of interesting samples in your edits. What are interesting places for you to find samples?

Lately most of the drum samples and such i make myself. It’s basically a layering process. Usually a mixture of sounds that you can find in boring samplepacks, mixed with something, for example recorded, like a bird or a sound from a train passing by... mixing low-fi and hi-fi sounds to make something new. I always try to make new sounds for myself to use in my productions.

So do you walk around with a recorder or something?

No, I scavenge the internet.

A lot of people are really dissatisfied with Soundcloud now and I feel like you represent a generation of producers that came from the early, “good old days” of Soundcloud. Where do you see that ecosystem moving now? Are there other interesting places for sharing music replacing it?

I think I hit the really perfect time when I started. 2011-2012 was definitely an era on Soundcloud when everything was uncensored, unfiltered, and without commercials. A kind of free space. 2012 was a really good year for Soundcloud, really inspiring with people from all over the world uploading music. Nothing was stopping it, no copyright laws or anything. It’s gone downhill from there. Before it was more like a community, people were commenting and sending messages. Now it’s just a publishing tool because the focus of the company has moved from the user to the listener. The creator is no longer in the focus of the Soundcloud operation, they wanted to cater to the end users. So it’s just changed from being a community to being a streaming site. It’s kind of sad, but I guess after Soundcloud something else is going to appear.

It feels like often it goes in waves where you have one place where everyone goes, where everything interesting happens, and then there’s a dispersal. Like the time between Napster and The Pirate Bay saw the number of different file sharing services skyrocket, until things consolidated around TPB.

It’s really hard to predict what’s going to happen now, because there are many sites that are like clones of Soundcloud, like Hulkshare which uses the same concept but it doesn’t have the same feeling of community.

As you have taken things more seriously, has your production technique and use of software changed?

Knowing that people expect music from me or expect certain sounds definitely affects me. Dealing with expectations is just a part of being a musician or artist. One of the biggest challenges for me as an artist is to remain free, to tell myself that I can do whatever I want, that I don’t need to do what people expect from me. But it’s a hard thing, I want to have an identity, but then again I want my freedom.

Thinking about your peers and for example Joey LaBeijas party Legendary in New York where there’s a scene with dancers and people who dance; it’s a scene with movements, voices, sounds and bodies whereas in Bergen from what you tell me there doesn’t really seem to exist a scene. Does that change the way you’re thinking about music?

I haven’t really thought about it. Living in Bergen has never stopped me from doing what I do. In many ways, being based in a quiet place can be a blessing. I have very few distractions here, and that makes it a lot easier to focus on my craft. But as you said, you miss out on being part of something bigger.

Are you dropping another EP soon?

Yeah, next year probably there’s going to be something happening, but I can’t say too much. I’m also working on many projects with vocalists, including a project with an opera singer, productions for grime artists and productions for American rappers. So there’s little cohesion between my projects, other than i do whatever i want to do. But I will try to keep my own EPs instrumental for now.

Was there a point in your career when you became a full time musician, or when was that?

When I finished visual art school last year. I did an internship at this advertising agency and I was like “this is the worst thing I’ve ever done, why did I get this education?” At the same time my management started to contact me, so really I took that as a sign. If my management wants to work for me then it’s probably something I can do full-time. So I was basically out of that internship and like “fuck it I’ll just go for it.” 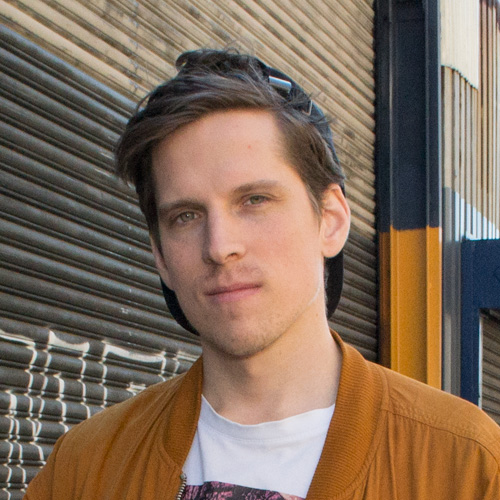 Mikael Brunila is a freelance writer from Finland. He has co-authored a book on the extreme right in Finland and another on zero tolerance policies in Helsinki as well as co-edited a book on open and closed spaces on the internet. His current leanings are towards the intersections between programming and the social sciences.