Letter from the Editors In this issue: how people deal with precarity, the strange we manage to get by, and remarkable stories of scamming. 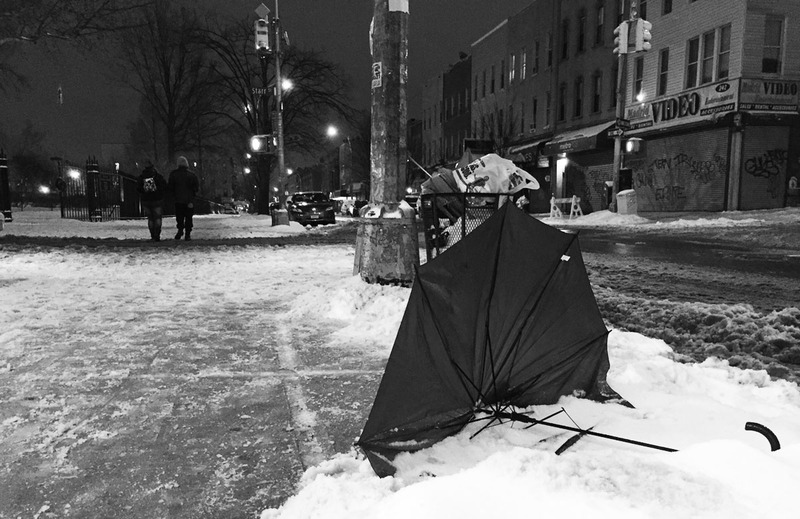 On a long strip of highway a lone car careens into the darkness. There is a whiff of burning oil. The gas meter reads close to empty. Mountains roll past, and then fields where controlled burns lend a hellish look to the scene. The sky rumbles and a brief flash of lightning illuminates a block in the road: not too far off, orange cones terminate in a barrier that reads ROAD CLOSED. We’re exhausted, running on fumes and a vague memory of the map. Wherever we’re headed, we thought we’d be there by now. We also thought there would be more out here – more people, more gas stations, more signs. Instead, we have to chart a new course on the fly and hope we have what it takes to get us there.

This month marks the final bout in the three-year battle between Uranus (golden boy of revolutionaries and chaos agents) and Pluto (underworld magistrate and patron saint of you-can’t-take-it-with-you). These years have been marked by intense change and upheaval in the political, economic, and social landscapes – we can’t even describe our new terrain yet. Our road maps illustrate a distant memory; squinting at them won’t help. We have decisions to make, without pausing, without knowing what story we may end up in.

Luckily for us, March 16th’s final Uranus-Pluto square promises to breathe some new life into our haggard frames. Mars (god of gas pedals and internal combustion) will be teaming up with Uranus in Aries, and the Sun and Moon will join them in that sign a few days later. Aries signifies the momentum needed for a courageous push; we desperately need its fresh perspective and clumsy bravura right now. Add the solar eclipse on March 20th and we’ve crossed over a border into a time of heightened confusion and possibility. Please note the explosive potential of these transits and harness these energies wisely; the same forces that propel us at high speeds will easily wreck us if mishandled. Don’t go accidentally smashing into each other, darlings, but do test the limits of the known world. There is something on the other side of this darkness.

Yes – the springtime needed you. Often a star
was waiting for you to notice it. A wave rolled toward you
out of the distant past or as you walked
under an open window a violin
yielded itself to your hearing. All this was mission.
But could you accomplish it?

What do you have left to lose? This month will offer you a chance to do what you do best: homes are crying out to be wrecked, conventions flaunted, dormant volcanos erupted. You are a rocket and your flare has been lit: aim yourself well. If you choose to smolder quietly at home, you can always sit on your least combustible furniture and toast marshmallows on your fingertips. But if there’s something you’ve been burning to do, but didn’t dare, now is your time. In the words of England’s famous rebel Henry Percy (as imagined by Shakespeare): “If we live, we live to tread on kings; if die, brave death, when princes die with us.”

If the best version of your life is one in which nothing changes (an eternal summer in which the tart juice of a strawberry breaks upon your tongue forever, as your beloved reads aloud the first page of The Unbearable Lightness of Being), perhaps a close second would be a life in which things change slowly enough to ready yourself for a proper goodbye. Imagine, this month, several snowflakes drifting down from the sky and hovering, as the strawberry slowly dissolves in your mouth, as there is time yet for the weather to change, and change again.

It’s not that you need to stop talking: words may sometimes become a thicket around you, obscuring the daylight and your own feet as they pick their way over familiar ground, but words are not themselves the problem. Why have your paths become so familiar that you barely need to look down? Why is it so easy to block the daylight? If each word were a brick, how would you arrange them? Now is the time to take the stories you tell very seriously, even when they seem trivial. Refashion yourself as the giant Polyphemus, whose name means “abounding in songs and legends,” but don’t discount the seemingly trivial details that might end up blinding you.

Much has been made of Milgrams’ electric shock experiment from the 1960s, which seemed to prove that most people are capable of atrocities when they’re ordered by an authority figure. This conclusion leads us to ask how far we can trust anyone, including ourselves, if morality is merely situational. New critiques of the original study, however, are showing that even those who carried out the orders made efforts to resist, but were not skilled enough in disobedience. “The ability to disobey toxic orders ... is a skill that can be taught like any other,” one researcher concluded. This month, set aside questions of trust and human nature and focus instead on the practical implications of this study: it is possible to learn and teach skillful disobedience. How would you begin?

The possible tragedy of this month: you may be so distracted by your own impatience to be doing something big (trumpets, fanfare, dazzling lights) that you won’t notice a softer invitation (crickets, frogs croaking, fireflies). Where is the bustle leading you astray? How would it feel to let shit get boring for a minute and pay attention to what’s really around you? Don’t be seduced by mere glitter when there are amethysts under your feet.

Let’s talk about that wild beast slinking around your heels. No use pretending it’s tame. Perhaps in another light it may have passed for a dog, but this month might as well be lit by thirty-one consecutive full moons. If you can’t muffle the howling and gnashing of teeth (and chances are you can’t), you can at least claim this thing as your own beloved monster. It is a serious faux pas, however, to bring this beloved, howling monster into mixed company or on a romantic excursion unless it’s been well fed. Learn what it likes to eat. Virgins? Feed it your perfectionism and awkward dance moves. The hearts of your enemies? Feed it IRS forms smeared with blood. Feed it you must, though; it is yours to care for.

Everyone wants to be on your team this month. Stray cats may take to lolling on your doorstep in twos and threes, turning their bellies up invitingly when you open the door. Crows may bring you small treasures and news of the backyards they’ve peered into across your entire city. Grumpy bus drivers may waive you on without exact change and throw in a free transfer. This may all leave you with an unsettling sense of responsibility: which overtures do you want to accept, which politely reject? How many people (or felines, or corvids) can you cram into your parlor without smudging the wallpaper and overturning the flower arrangements? Be choosy, and when you’ve chosen, blast Edith Piaf’s “Non, je ne regrette rien” to drown out the sorrowful cries of those left behind.

There is the patience of a hunter who has spread a net and waits nearby for a flock of wild birds to land, for the delicate weight of their feet and feathered limbs to trip the wire and catch them fast. This is the patience of anticipation, sure of its goal, flushed with confidence and purpose. There is another kind of patience, more like that of the scientist building an array of telescopes waiting for a sign of life from the indifferent sky, for a signal from alien beings we cannot yet imagine and may never find. This month, you are neither the hunter nor the scientist; you are the unimaginable life form waiting patiently to be perceived.

You should know by now that there is no home that will hold you forever, yet you still find yourself chasing that dark rainbow of emotions (hope, desire, disappointment, despair, renewed hope...) around the globe, wondering where you’ll finally settle down and grow some oak trees and grandchildren and build that giant loom on which to weave the stories of your life’s adventures in allegory form, with anthropomorphized animals in place of humans. Slow down there, cowboy. Follow that burst of creative energy and let it be what leads you wherever you need to be next: this month you’re better off making and doing than dreaming and yearning.

In the words of an anonymous folk ballad: “What you need's not in your sleep / Wake up feeling like it used to be / Too much, not enough, too much, never satisfied.” You’re in danger of being buried this month under an avalanche of nostalgia, lured by romantic memories of times that were never as perfect as they now seem. Whatever sweet and melancholy dreams lay hold of you, remember to keep alert and active: this could actually be a highly dynamic time when the fire in your soul can learn to recognize the many signal fires in your environment (or where you’re headed) that call for you to join them. Burn your old journals; let them be torches leading you forward.

There is something on your mind this month that you can’t quite shake, and while it’s likely that it’s the protozoan Toxoplasma gondii (tempting you to reckless daredevilry and an inordinate fondness for cats), it may also be the awareness that some vital channel in your internal circuitry is blocked. Can you not remember your dreams? Have you lost your taste for your favorite food? Do you find yourself beginning sentences you can’t follow through? Wherever you’re feeling unfinished, imagine grabbing that piece of yourself and giving it a good shake, in as many directions and for as long as necessary. Whether you do this physically or psychically, you’ll be able to invent a unique dance for future use: something, perhaps, that draws on the shaking of a wet dog, a bee describing its adventures, and a vertigo patient patiently performing the canalith repositioning procedure.

Yesterday, our entire planet occupied a different coordinate in its orbit around the sun. The space we held yesterday doesn’t even retain the warmth of our passing – despite the heat of our planet’s molten core, the beating hearts of so many mammals, the radiation of so many power stations. We are a pulsing mass of life and power, leaving only cold space in our wake. Where there is no atmosphere to catch it and keep it, nothing of our hot energy can stay. Keep this in mind as you share your own warmth this month: who in your life can catch and keep what you offer them?