Bad News! Everest is a pile of shit. Are there 90k doctors in the house? Police apparently racist. Panhandlers paid to be art. American death laser now real, in case you were thinking about trying to escape.

March contributors Leigh Barton, Jenny Marks, and Mikael Brunila give us the lowdown on their current look, internet trends, problematic faves, and cravings. 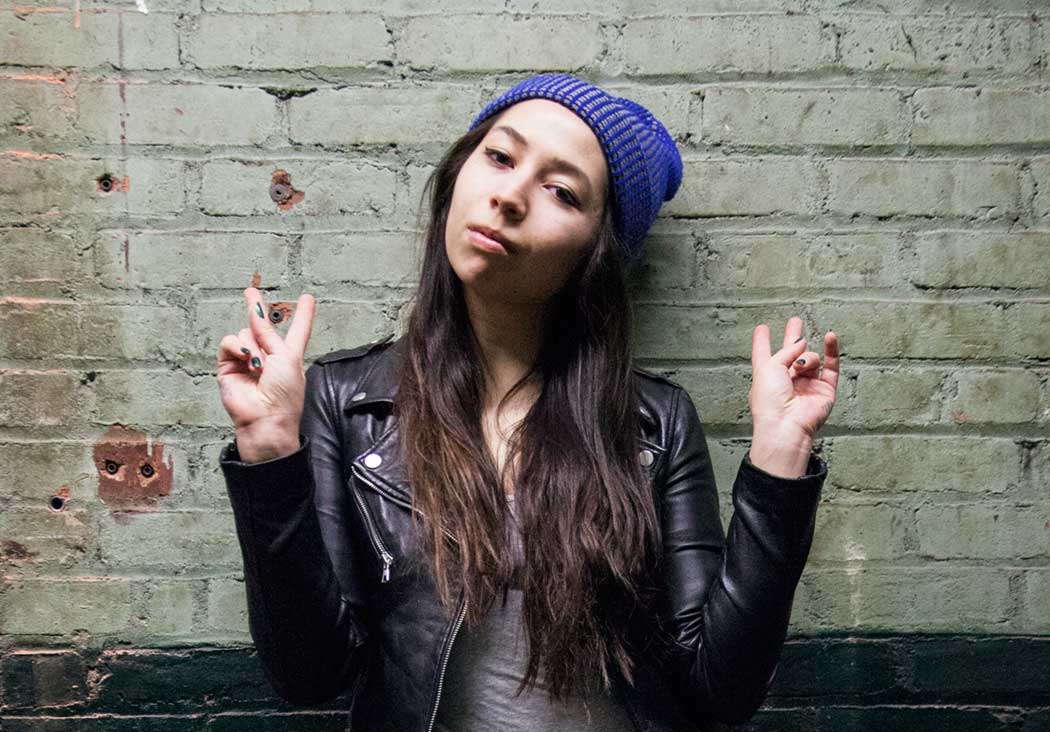 Where did you grow up? Scarsdale, NY. I have street cred because I was born in Harlem but it goes right out the window when I mention I grew up in the kingdom of JAPs.

What’s your look these days? My look is Healthgoth aside from wearing Docs every day instead of sneakers to avoid turning my feet into slush sandwiches. This is also a shameless plug for all readers attending SXSW to come to the Healthgoth showcase that I am DJing.

Birthday meal? Korean BBQ. But not the kind where you cook it yourself on the table because I got food poisoning on my 23rd birthday that way.

Place bets on the next big internet trend. Appearing as though you have your shit together seems to be on the rise, more posi vibes (barf) and hopefully some sort of accessory that is not a goddamn tattoo choker because the year is 2015 and if I see one more tattoo choker I am going to tattoo it onto the wearer’s neck.

What have you been craving lately? Sleep, a Bulldozer smoothie from Liquiteria that tastes as good as the first time I had it, green juice that doesn’t have nasty ass celery in it, more money, and Tate’s cookies.

What’s your sign, and how does it apply to you? I’m a Libra. It’s supposed to mean you’re balanced. I used to be a gymnast. Balance.

Problematic fave? I FUCKING LOVE WWE AND I DON’T CARE WHAT NEGATIVE CONNOTATIONS THAT ENTAILS. IT’S REAL TO ME.

First email address? Leedrill15@aol.com in reference to the Pokemon "Beedrill" because my childhood nickname was "Lee Bee" and Pokemon was, and remains, dope.

What do you wanna be when you grow up? Me at 6 years old: secret agent. Me now: rich. 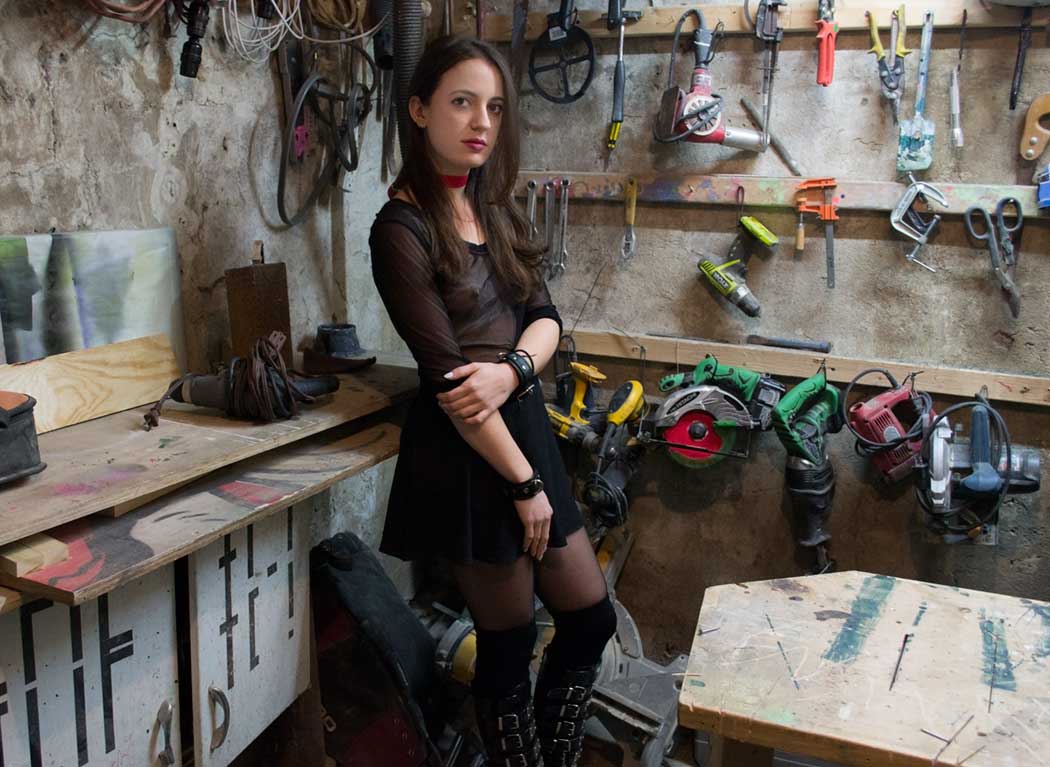 Handles? @sweat_bee on Twitter and on Instagram. I also have a Tumblr where you can find some of my art.

Where did you grow up? Born in New York City, raised in London and upstate New York.

What’s your look these days? Someone (you) told me I dress like Cher from Clueless if she was goth/gay. Maybe it’s like... high-femme recovering anarchist. I really love black, and mini skirts. As a rule, I generally stay away from bright colors unless they’re on my lips.

What have you been craving lately? I’ve been fantasizing for a while about a queer artist collective, focused on creative interventions to the police/prison state. I think aesthetics are a huge part of social movements, but they often get overlooked. I’m definitely craving a project that invites artistic collaboration among abolitionists.

What’s your sign, and how does it apply to you? Cancer. I’m all about intuition, contradictions, emotions. I can definitely be closed off at times (crab shell), but at the end of the day I’m super loyal. Cancers are the mom of the zodiac, don’t fuck with us.

First email address? I can’t remember exactly... but definitely something like CobainGrlXx224@yahoo.com. I was a tween Nirvana fangirl.

What do you wanna be when you grow up? A good friend. An artist. If I’m lucky a goth mom like my own. 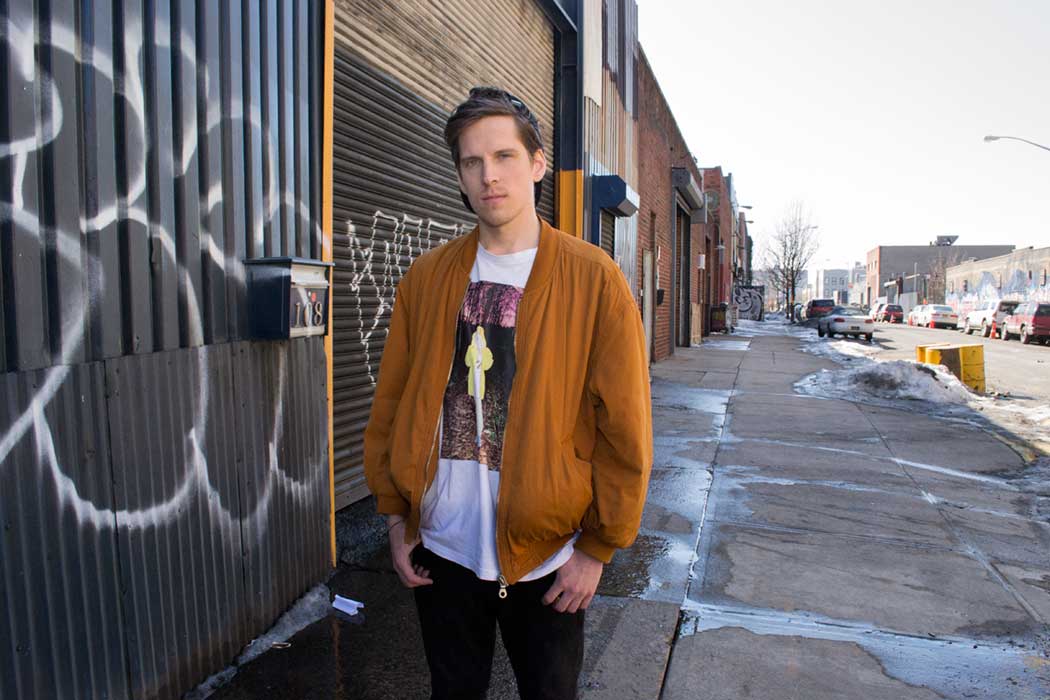 Where did you grow up? In Helsinki, Finland, and to a very small extent Sweden as well.

What’s your look these days? I rarely manage to take the time to really hone a specific look and don’t have a very consistent approach. Right now I’m drawn to some kind of health-goth-meets-Danish-drug-dealer aesthetic on the one hand, and some parts of normcore on the other. But I’m not sure either of them even remotely describes my style. Probably not.

Birthday meal? For my last birthday, my friend made me an awesome vegan raw cake which we enjoyed with some friends over cheap dessert wine. I’d do that again for sure.

Place bets on the next big internet trend. A micro trend for social scientists will be the resurgence of early 19th century sociologists Gabriel Tarde and his ideas of contagion. I’m seeing  more and more people in that field pick up on digital tools like Gephi that help you visualise social networks and internet trends.

What have you been craving lately? Coding in Python for the purpose of scripting. Also music by Brenmar and KUNQ.

What’s your sign, and how does it apply to you? I don’t have any relationship to horoscopes, at least on a conscious level.

First email address? I was on the internet in a consumer-kind-of-way very early on, so it was a nerdy kiddie address. It included the word ’post’ as in snail mail which I guess says something about the 90s approach to e-mail.

What do you wanna be when you grow up? The question of growing up is tied to the optimistic world of go to school, work, and retire. This doesn’t really exist for most people coming of age now. So, in that sense I’ll probably never grow up. But the direction I’m currently going in is the fuzzy middle-ground between slow journalism and fast social scientific research.