SEO-in-Chief You probably haven’t heard of these presidential candidates.

What to do when your favorite trend is dead do not fret we have six ways to sort it all out. 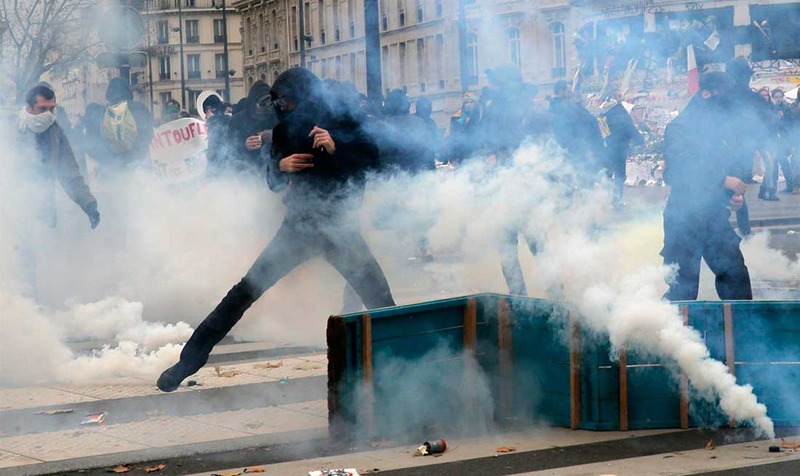 After the attacks in Paris on November 13, French authorities put a State of Emergency into effect and banned public protests. Despite the ban, thousands of protesters hit the streets of France anyway on November 29, the eve of a major United Nations conference on climate change known as COP21. French riot police soon arrived to shut down the demonstrations and proceeded to beat, tear gas, and pepper spray protesters. By the end of the day, over 200 protesters were arrested.

On December 1, hundreds of Papuan students in Jakarta, Indonesia held a rally in commemoration of Papuan independence from the Dutch in 1961, two years before Indonesia took over Papua. As protesters blocked traffic and demanded greater autonomy for the region, hundreds of police decided to crack down on the demonstration since they lacked a permit, spraying tear gas at protesters and attacking journalists as well. Protesters defended themselves by throwing rocks at cops, but by the end of it all, hundreds of protesters were detained by police.

On December 3 in Istanbul, Turkey, police raided an alleged terrorist “cell house” and opened fire. They later realized that the house contained no terrorists (except for, um, the police themselves), but it did contain 19-year-old Dilan Kortak, who was killed during the raid. Her father still hasn’t been told the full story by police of what happened exactly to his youngest daughter. Meanwhile in Diyarbakir (known by Kurds as Amed), many Kurdish neighborhoods are under curfew, hundreds of businesses have been closed, and police have shot and killed multiple people from the area.

On November 28, in the Complexo da Pedreira favela in northern Rio de Janeiro state, Brazil, five young men became the latest victims in the cops’ war on Brazil’s poor, black population. 20-year-old Wilton Esteves Domingos Júnior, 25-year-old Wesley Castro Rodrigues, 18-year-old Cleiton Corrêa de Souza, and 16-year-old Carlos Eduardo da Silva de Souza took their friend 16-year-old Roberto de Souza Penha to celebrate his first paycheck from his new job. As they were driving around, police opened fire on the car, hitting it with more than 50 bullets and killing all five young men. The police claimed that the young men fired first, but later investigation showed that the only gun found on the young men was a gun planted by the police themselves.

Local residents were outraged at what happened and four cops from the 41st Battalion were soon arrested on charges of murder and procedural fraud. On November 30, the commander of the 41st Battalion was removed from office. The parents of the young men are now filing a collective lawsuit against the state, and protests against the killing of Afro-Brazilians by police hit the streets of cities across Brazil. In the past five years, Brazil’s military police have killed more than 1,500 people in the city of Rio de Janeiro, the vast majority of whom were young, poor, and black. Meanwhile, in Sao Paulo on December 1, students protesting the potential closing of over 90 schools were brutally repressed by police who attacked the teens with tear gas and stun grenades.

This is a sign from Rio de Janeiro. The sign says "against the genocide of the black population." #BlackLivesMatter pic.twitter.com/AZtM37d3Dq

In the USA, cops have killed more than 1,045 people this year including 26-year-old Mario Woods in San Francisco. Woods, who was only carrying a small knife at the time, was surrounded by a group of cops and was then horrifically shot down by a police firing squad.