For those of us dealing with holiday melancholy, struggling with the thick and clear memories of the year, here is to letting go of 2015.

Daniel Hoytzclaw was found guilty of 18 out of 36 charges of rape and sexual assault, and anarchists clash with police in Greece, Finland and India. 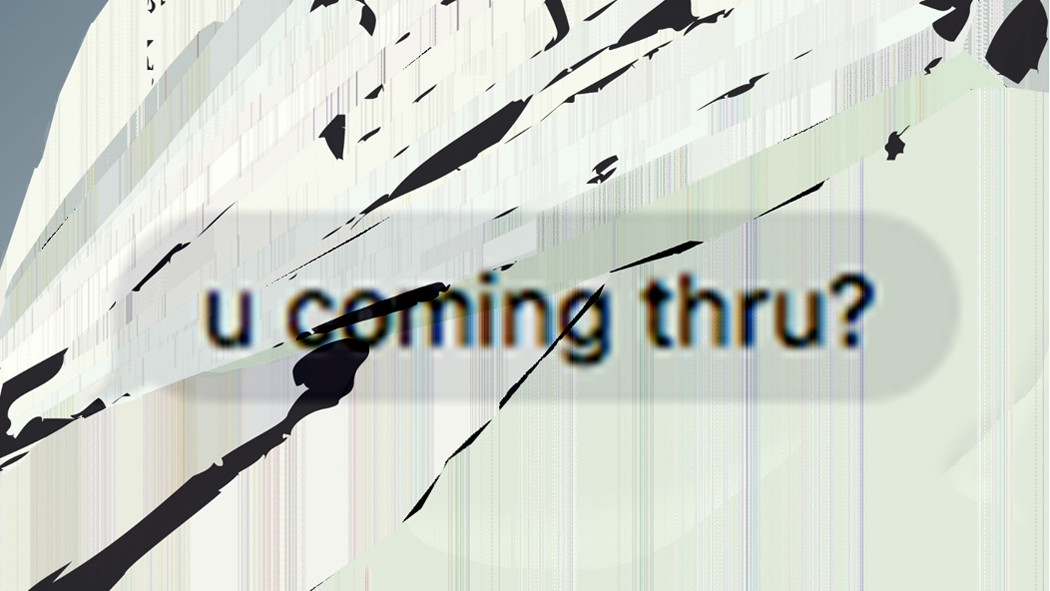 David was smart, charismatic, and weird, everything about his online persona suggested we would make for great IRL friends. This is a chronicle of a friendship I lost to his pursuits of internet fame.

When I get the text about the party, I’m wearing my pajamas. I don’t really go to these sorts of events because I’m not that popular on the internet, something I’ve accepted and something that doesn’t usually worry me too much, but this is an exception. The details are relatively ambiguous – the party is in Chelsea, it’s at a popular gallery, it’s sponsored by Guess. A lot of artists will be there, there’s an open bar, a model-DJ that I’ve heard of before … It will be, according to the text, “very lit.” I’ll even be on the list. Do I want to come through?

This is the scene the first time I meet David in real life.

When I find him in the crowd, he kisses me on the cheek. We both lean in, our arms stuck like Gumby in a strange position at our sides. I notice his cologne. Just like his online persona, it communicates something about him – intelligent, rich, young, pretty, a little weird. Fifty percent Marilyn, thirty percent James Dean, and the rest is all John Waters. I know he likes these sort of things – we’ve been mutuals on the web for months. I’m taken in by him, and it’s difficult not to be. Ever since I discovered his web presence I’ve wanted to be his friend, to be a part of everything he represents. After we say our names, clarify our handles, dust off a few throwaway comments about our mutual followers, he takes me all around his party and says to everyone we meet: “This is my friend, we met on the internet.”

We spend hours going from place to place. At first, I feel special. He introduces me to his closest friends, people I’ve only seen on Instagram or in magazines. They are glittering and beautiful, like bobble heads lined up on a dashboard. I want to touch them, they way I touch fine fabric or beautifully made art. They’re like cartoons, surreal and astounding to be next to. Everyone wants their photograph, and everyone cares what they have to say. David stops every so often to get his photo taken – it’s his work, and it’s going to be in the press, and it’s kind of a big deal. Or at least that’s what he tells me, about fifteen times before I start to have my doubts. It’s hard to dismiss his claims, though, with all these fans milling about, begging to have their photo taken next to him. Begging to have just one moment by his side. I’m living it vicariously. Standing next to him is like being a part of something you see in a movie. A girl wearing an Yves Saint Laurent coat stops me on my way out to have a cigarette. She says “You’re so cool,” and when I make eye contact with David, I decide that she’s right. I find myself talking to a lot of strangers. Why, yes, I am an artist. Yes, I love New York. Of course, I go to these things all the time. I know, it is so weird that we’ve never seen each other. Do you follow me on the internet?

At the after-party I spend a lot of time looking for David. When I find him, he’s backed into a corner. He’s different somehow, the shine dulled in different light. He can’t find his cellphone or his boyfriend anywhere, he says, and he then he mumbles something that gets drowned out by loud, pulsing music. He’s had too much to drink. He’s looking around but never looking at me, searching for something that makes me feel kind of anxious. I find myself looking, too, even though I’m not sure at what. He stops every once in awhile to say “Oh my god, can you believe so-and-so is here? So-and-so is so annoying.” I don’t know anyone at the party but him.

I want to talk to David more. We have so much in common on the web, and I envisioned us having such a strong connection IRL. Still, I find myself struggling to recreate our online bond. It’s easy on the internet, but when I try to ask him about a film he’s reblogged or a person he’s mentioned online, he’s barely listening. “Do you think I look okay, right now?” he asks, looking at me for the first time in over an hour. His eyes are half-closed and slightly bloodshot. “Like, do you think people are having a good time?”

At the end of the night, as he’s putting me in a cab, he says, “let’s hang out soon, just text me,” and as soon as the door shuts behind me I feel depressed. There’s a certain dim to the lights, I’m tired and a little irritable. The cab driver doesn’t recognize the street I’m referring to when I rattle off my address. I wonder if I should post any pictures from the evening – maybe on Instagram or on Facebook. It’s too late for Tumblr. I decide on a low-key shot of David and I from the bar – one I snapped while he was shoving another vodka sour into my fist. I put it on Instagram, tag him in it, and wait anxiously for him to like it. I’m getting ready for bed when he does. When I fall asleep, I feel relieved. He must have had a cool time, too, I think. We must have really hit it off.

For a solid three months, David texts me everyday. I can rate our intimacy level based on how often he tags me in posts, comments on my pictures, or reblogs my content. As soon as I post a selfie I get a coveted like from his Instagram account. My follower count rises the longer we’re friends; the more parties I go to, the more I start to feel like someone. Long FaceTime chats about his slowly dissolving romantic relationship, his trouble with his family, and his general frustration with the industry become part of our daily routine. I feel a mixture of empathy and pride – I’m the one he wants to confide in. I’m the person that he trusts, and everyone on the internet can see that.

The day my grandmother passes away I text David first. “Feeling so shitty rn. Wyd?” I wait for hours for his response. He calls three days later. “Oh my god babe, you’ll never believe what just happened with my boyfriend. So we’re having dinner with Dev Hynes, and…”

We meet up on a Friday, almost an exact year after the gallery party. It’s cold out, and we’re both red-nosed, exhaling clouds of cigarette smoke into the crisp November air. David’s lost a lot of weight, his hair’s gotten longer. He doesn’t look as beautiful to me, and being around him doesn’t make me feel special or interesting, just tired. He tells me he’s been having a shit time. His parents have drastically cut his funds, and he thinks his boyfriend is cheating on him. He wants to drop out of school. He’s tired of lying to people on the internet. He hates going out, and he doesn’t want to drink anymore. He’s been doing too many drugs. He’s afraid that his boyfriend is going to leave him for someone with more Instagram followers. He’s afraid of losing his own Instagram followers. He hates living in New York.

I listen quietly, my hands in my pockets as we walk the Brooklyn Bridge. I give him pieces of advice from my David Rolodex. Have you tried telling people how you feel? You should stand up for yourself. You really have to set certain boundaries. We accept the love we think we deserve. It hurts now, but in the end you’ll be better for it. You’re so smart, though, you can accomplish anything. Maybe you should take a step back from the internet. Being famous isn’t everything ...

“Well, Taylor, what else is there?”

Months after David stops responding my texts, I decide to reach out. We’re still mutuals online, but we never interact anymore. We don’t reblog, and we don’t like. It’s a silent standoff. It depresses me to see his tweets, his Tumblr posts. Should I livetweet this downward spiral? I don’t want him to be miserable, even though I feel like it's a lost cause. I take my chances, and send a feeble “Hey, you ok?” into the void. For an hour a familiar anxiety creeps in – I check my phone a hundred times a minute, waiting for a response. After a few more hours go by a sort of numbness of feeling takes over. I don’t check for his texta anymore, because I know they won’t come. On Instagram, he posts a photo. “Whole squad rich af.” He’s at a chic restaurant’s corner table, surrounded by familiar faces. People who I’ve seen in magazines. People I’ve met in passing at parties, when I was David’s plus one. People he’s told me he doesn’t like, and people who’ve told me they don’t like him. I hit unfollow and toss my phone on my bed. The grief I feel is cathartic, as if a heavy weight has been lifted. I feel better about myself than I have in months.

I’m eating a pint of Ben and Jerry’s in my pajamas when I get the text message buzz. There’s a party in East Village, one of my acquaintances is DJing, it will be very lit, he’ll even put me on the list. Do I want to come through? 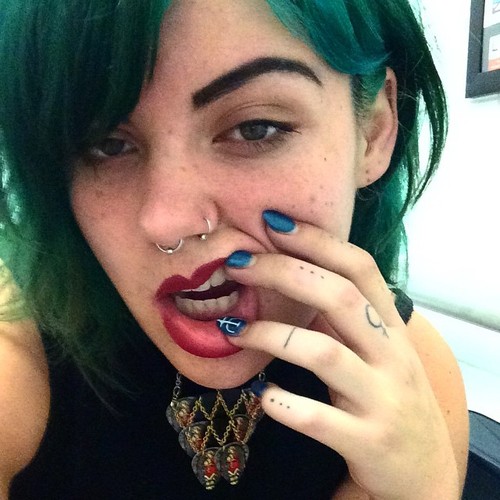 Taylor Hall is a young writer-poet-basketcase/LA transplant currently living in Minneapolis. She is a feminist, an activist, and event coordinator within the local Queer community. She attends Saint Catherine’s University, studying English and Women/Gender Studies.