Club Glow Is Back with Another Doll Gang Massacre

The Future of 3D Printing Manufacturing will be more like farming, says founder of self-replicating 3-D printer RepRap 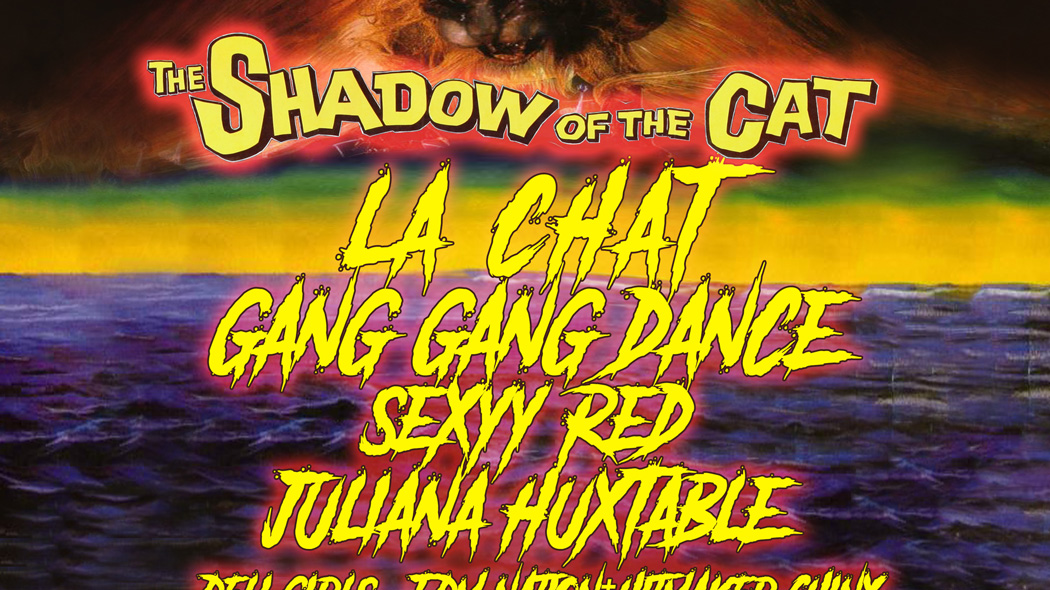 The crew behind last year’s spectacular Halloween bash “Doll Gang Massacre” (Juliana Huxtable of Shock Value, Dese Escobar of Club Glam, and Neon Christina of RAGGA NYC) are teaming up again for round two: The Shadow of the Cat on Saturday, October 27, 10 pm – 4 am at the Knockdown Center in Queens, New York.

Getting ready for Halloween takes a bit of planning and the Club Glow dolls are not ones to leave you hanging. First, scroll down and press play on the very #DollGangMassacre mix DJ Anthony DiCap that is bound to make your roommates blush, or at the very least give you a preview of what to expect. And then scroll down a bit more for Neon Christina on how to get dressed for the damn thing. TLDR: “Pet cemetery, cat people with cat eyes and claws, clowns and killer dolls with cat ears, and of course flesh-eating sexy kittens destroying men’s lives.”

So, what’s the story behind Doll Gang Massacre?

Neon Christina: Juliana [Huxtable] and I got an opportunity to get involved with a New Year’s Eve party two years ago. Through one of the promoters we found out that our sis Dese [Escobar] was involved and we were like, “we should storm the planning and orc.” So, we took control of the function and called it “Club Glow.” It went really well, we had a lot of fun, and realized we should definitely continue be doing parties at this scale as a trio. In New York City, celebratory holidays like Halloween can get kind of intense and land you in weird environments. We thought, what if we could throw ham parties for the dolls and bring iconic headlines, we could afford to do more so as a trio and work with a huge venue like Knockdown Center. We have always loved Halloween so it made sense to keep it going and now we have “The Shadow of the Cat,” the second iteration of “Doll Gang Massacre.”

Why “Doll,” why “Doll Gang Massacre”?

The theme being anarchy and a world of matriarchies exacting revenge on men and destroying men’s lives just makes sense. That’s what #dollgangmassacre is about. The Scream of Men – The Trilogy. I personally didn’t know my own lust for watching women beat the shit out of men until JLo’s 2002 movie Enough. Yelling to the screen beat👏🏿 that👏🏿 ass👏🏿 was fueled by my own desire to watch the men in my life get a taste of their own medicine. For this year the 1961 movie The Shadow of the Cat was the perfect metaphor for La Chat to come and tear up the stage. Get into the drama of that movie. The carrryy. It’s very me screaming a the screen “CUT HIS NUTS OFF” to the cat in the film.

Last year was epic — every room at the the Knockdown Center was full, incredible lineup and outfits. How are you planning to exceed it this year?

For this year, we really wanted to focus on our lineup and really bring a lot of different worlds together. Booking not just artists who are already famous but also dolls who are on the come-up. For example, it was really important for us to make sure that we booked Sexyy Red early. We’ve been paying attention to her for a minute. She’s is a future legend and we can’t wait to see what she brings to the stage.

On the flip side, we booked La Chat who’s a legend. If you know anything about Tennessee music or hip hop at large, you know La Chat is about to come and destroy the stage. Headlining alongside La Chat we have, Gang Gang Dance who ATE their last album. The line up includes Ziúr, Tom of England, Anthony DiCap and more. We have a very music-heavy lineup – paying homage to up-and-coming talent, legends, and dolls who are going ham.

In terms of space, the masterminds Nitemind will be doing lighting again and we plan on upping everything and expanding. Even the stage, video and sound installation this year will be next level. Last year was the first iteration so we are lit to step our own game up.

You’re bringing La Chat from Memphis, Sexyy Red from St. Louis, and Ziúr from Berlin, plus a variety of NYC-based artists: Deli Girls, Hitmakerchinx, Anthony DiCap... Who are you most excited to see and why?

It’s going to be hard because I want to see everyone who’s performing but of course I’m really excited to see our headliner La Chat. Truly iconic. I can’t even tell you the amount of times I’ve smoked entirely too much to her music and been like, you know what, SAME. SAME SIS!

Getting ready for a big party like Halloween can be stressful. Can you give us your recipe for the perfect night out?

Secure the look, if not a week then a couple days before. Figure out what kind of doll you want to be, what’s the vibe? Is it playful sex kitten, pet cemetery or both. Then, gang up with your squad, get ready (tequila on tap) and come to the party EARLY.

Any advice on how to dress up for the theme?

We know it’s a holiday party but we didn’t really expect that people would dress up so hard last year. Everyone came with full looks, so we’re excited to see people carry on the theme again. We’re working with Adam [Radakovich aka] Cunty Crawford Ladosha @adamradam and Jake Dibeler @dracula_ to make art and video installations throughout the space. So, I’ll tell you the same themes I told them to carry on: pet cemetery, cat people with cat eyes and claws, clowns and killer dolls with cat ears, and of course flesh-eating sexy kittens destroying men’s lives.

Get your tickets here, and if you’re still on Facebook you can RSVP here. 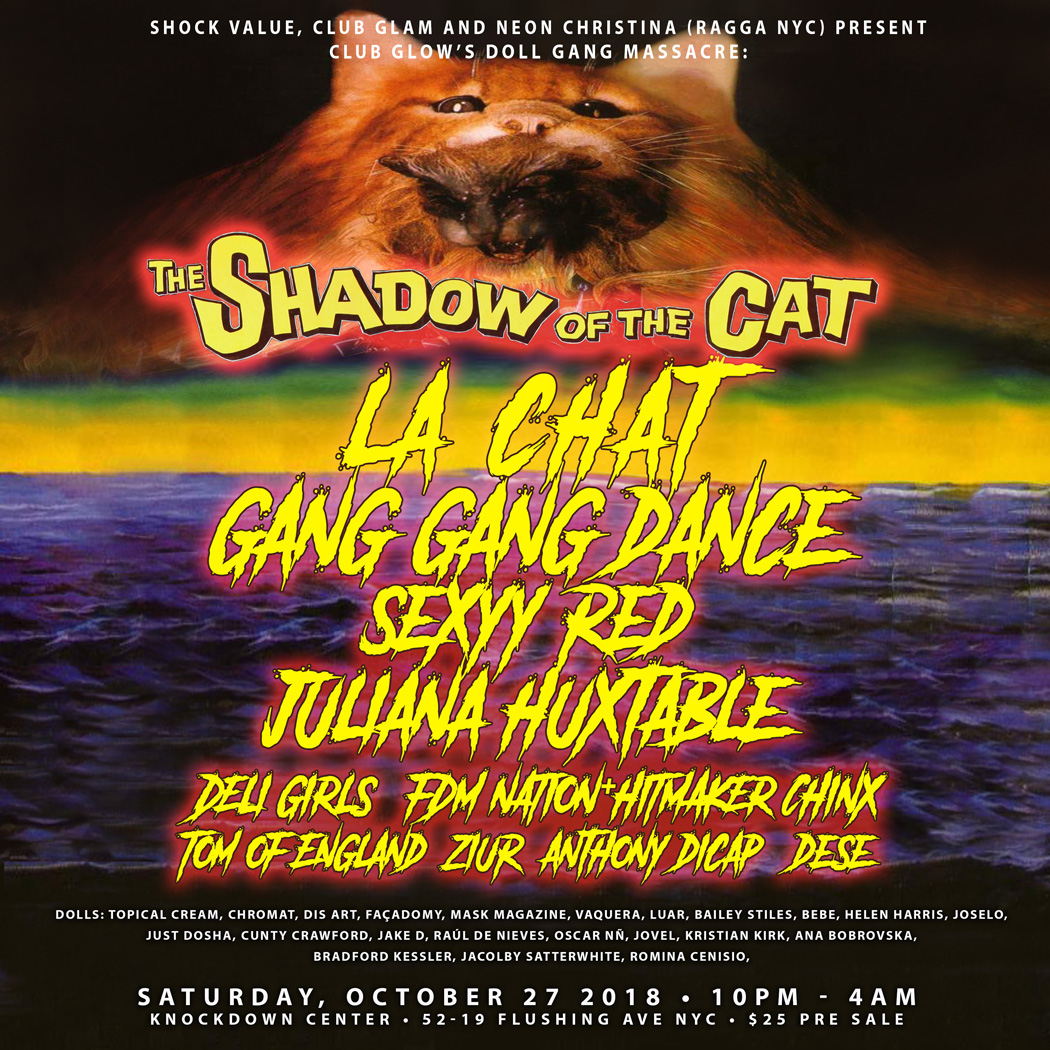