Tattoo It was just going to be a couple of hours and a few hundred bucks. When he asked me to spend the night, I happily said yes. 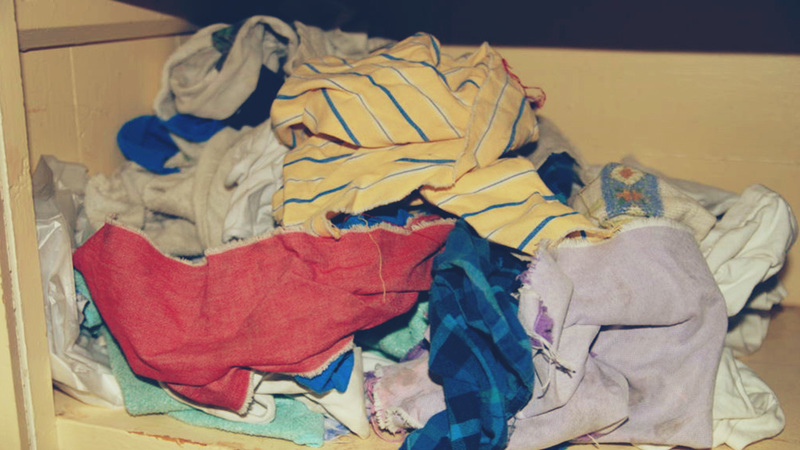 The lies my father told me.

Remember that movie Big Fish? It’s about a dad that lied a bunch to his kid or whatever. It was boring because, one, who cares about your dad and, two, all men lie and the little shit should have known that already. Technically, I never saw the movie, but I came to think of it again recently after being reminded of this lie my father told me throughout my childhood.

From a very early age I was warned of a mythical and grotesque man only known as “Joe Shit the Rag Man.” He would come up whenever I did something bad, or whenever my behavior simply wavered from the mainstream. “Stop that or you’ll end up like Joe Shit the Rag Man,” my dad would tell me in an aggressive tone. If I got my ears pierced or played with girls toys, I would practically be laying in bed with the man of many rags.

I never got a clear visual image of this man from the authorities (my parents) so I had to use my imagination: he must have been at least 6´4˝ – tall enough to tower over most people. Italian. Blatantly destitute. In my mind, he always looked like he had just emerged from a swamp. Perhaps he called the muddy bank next to the Chemung River home.

The last advice I received as to not wind up like Joe was “No drinking and driving. And no pills and powders. Oh, and never walk down the stairs with your hands in your pockets.” The last tidbit was the only one that stuck. As I entered my teens the image I had of Joe changed drastically. He wasn’t a mythical ogre any longer but someone disenfranchised by society since birth. Just a very typical guy on the outs; anyone that the middle class would cruelly deem a failure. I left the nest when was 17 and pretty much never thought about Joe Shit the Rag Man ever again. That is, until a recent visit to my mom spilled the beans.

The small town upstate I grew up in, Elmira, most notably known for it’s maximum security prison and the highest meth production in New York State, didn’t exactly churn out a lot of so called “winners”. Tommy Hilfiger was born there and his rags to riches story was a sign of pride. Eileen Collins, also from Elmira, was the first female commander of a NASA space Shuttle. Even with these two trophies, the bar was set pretty low for success.

A few weeks ago, I was standing in my mom’s garage staring at a pile of rags. It stood out because it seemed like an awful lot of rags to me. Then all of the sudden, the memory of Joe Shit the Rag Man hit me in the head like a golf ball.

“Hey mom, do you remember how you and dad used to try to scare me with stories of that guy Joe Shit the Rag Man?”

“Oh yeah, I wonder what he’s up to these days, gotta be dead by now.”

“What, do you mean... he was an actual living person?”

“Where do you think I got all these rags Danny? Joe Shit the Rag Man. Pushed a cart around the neighborhood. Real nice guy. Very misunderstood.”

I felt like I was having a heart attack. Twenty-eight years of lies! I guess it doesn’t really matter anymore, but something about it is so depressing. Joe Shit the Rag Man turning out to be non-fictional just trying to make an earnest living selling rags, mocked and ridiculed for decades in private, was bleak. If you ask me, being able to sell rags takes a high level of cleverness. Especially since no one needs to buy rags – they just appear when your old shit turns into them.

Remember that movie Home Alone? To me, Joe is like the bearded Old Man Marley. At first, you think he’s a creep who stalks Kevin and is mad weird. But then he turns out to be just a sad man who’s estranged from his granddaughter, actually has a heart of gold and really knows how to knock people unconscious with a shovel.

I suppose at age 28 I should take my own advice and realize that all men do is lie and with each coming day life is way more depressing than I ever imagined possible. Any of us could have been born Joe Shit the Rag Man.