A House In Oakland A tight-knit group create shelters for the homeless by direct action. 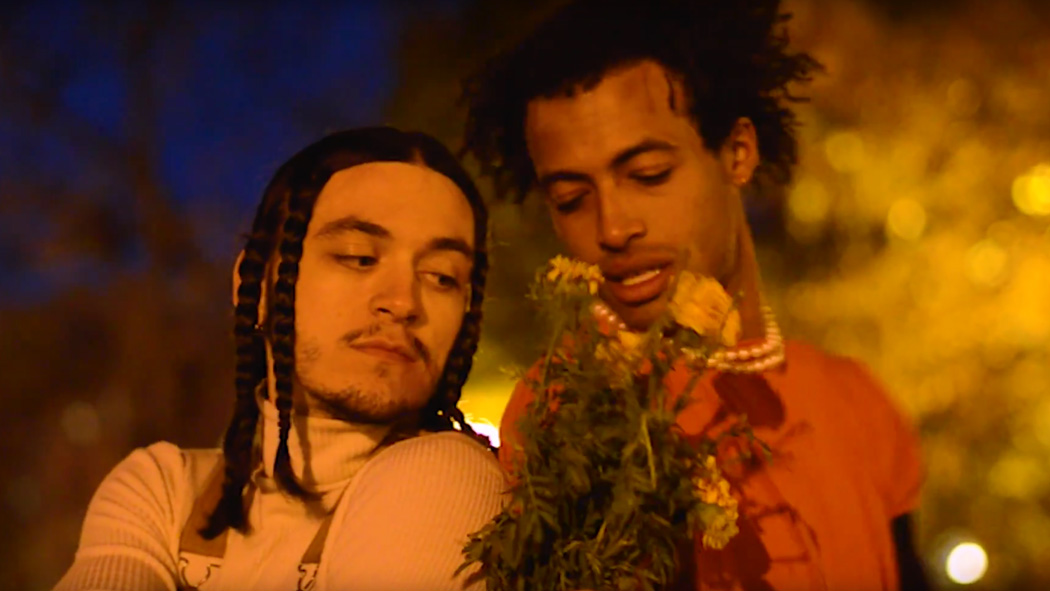 “I’ve been growing up too much this week, think I need a little love from you, please” pleads Caleb Kruzel aka Goon Soul on his vibrant new song “Jones.”

Kruzel is a Brooklyn resident who, besides making music, is deeply involved in the city’s underground queer performance art scene. His soulful vocals and melodies, produced by the talented Craig Barnes, sound sophisticated. It’s hard to believe Goon Soul is still just starting out. Goon Soul’s debut EP Less Than A Year came out last spring, and “Jones” is the first single off his next release, set to come out this summer.

When asked about the song, Kruzel told us that it’s about a short but intense love-affair in a city far away from home. In the music video premiering here today, Kruzel dances around New York City with Kellian Delice in a perfectly synchronized performance of romance. The energy between them is magical. If the video required a content warning, it would be: you might tear up, or Kruzel’s smile could melt your heart. Even if it only lasts one night, some intimacies are just so explosive that you can’t be sad when they end. Sometimes deep connection eclipses heartbreak.

Watch the video, and read our short interview with Goon Soul below:

What’s the song about, and how did the music video come to be?

I wrote Jones about a night I had with a lover in the underbelly of Montreal’s underground warehouse scene. The song is about seeking validation from a muse, I guess. And, balancing social energy with intimacy. The song was produced by Craig Barnes.

When I wrote the song I instantly had a vision for the video, it all came together in about two weeks. I just saw me gooning around the streets of NYC, and having a night with that ride-or-die person. I knew my homie Pedro shot film and that he was the kind of friend that would be down to create and flow with the project, whatever ideas I had. Same with Kellian, I knew that he would be down for whatever. I didn’t have a shot list or anything, I wanted whatever was documented to be real. So, I bought whiskey, cigs, and flowers, we went to the park and hung out like we do. The intimacy is real.

With my friends, I don’t see a big difference between friend and lover. I am intimate with all my friends. And Kellian is one of those special people that understands that without having to explain. Kellian is a beautiful artist and I feel that his perspective and the way he holds space in the world is enigmatic and inspiring to people. We met through a performance art piece we were both involved in last year called Authority Figure. That performance has been a catalyst to a community of artists in Brooklyn that I feel fortunate to call my art family.

How does Montreal compare to New York, in terms of the underground/queer club scene?

The night I had in Montreal was raw, the kind of experience that can be hard to find unless you know where to look. It was a very mixed crowd but there seemed to be a level of respect for difference. Everyone was there to have a good time and release a part of themselves into the world. The place that I would compare it to in NYC is Dreamhaus. Queer, raw, experimental, and beautiful.

When did you start singing, and were you always drawn to soul?

I’ve always been drawn to vocals that sound raw and gritty. I knew early that my voice would never be clean, on pitch, or trained. That’s never been who I am anyway. Soul music is a release, unfiltered emotion spilled out through the vocal chords. Nina Simone, Otis Redding, Billie Holiday, Chet Baker, Amy Winehouse, Anohni – these are some of the vocalists that inspire me the most.

You give off this air of comfort with yourself – like you aren’t afraid of being both independent and vulnerable at the same time. Did that come easily to you, or is it something you’ve struggled to attain?

It has been work, it will always be work. As an adopted person, and as a queer person, I feel I was given the opportunity to see the world in a way that could be healing. And I’ve found that empathy for others and empathy for myself has helped me heal, and continually helps me find power in my vulnerability.

What do you know about love and intimacy that you wish you’d known when you were younger?

I know how to love myself much better now, and how to love my art, because I worked on it, and I worked on myself. But I don’t think I would know that in the same way now had I known how to love myself when I was younger. Now I know how to be alone in a way that isn’t self-indulgent, but rather is a representation of my relationship with the world. By treating myself well, by working hard and practicing integrity, I am giving those things to the world. To me, healing others isn’t possible without first healing myself.

What are you looking forward to this year?

I’m excited to keep working, writing, performing. It’s such an important time for artists right now. I feel the need to be vigilant, to give voice to my community, and to lift people up. This summer I’m going to spend time in Berlin, hopefully performing in venues across Europe. Please hit me up if you know anywhere I can perform in Europe. No matter how big or small, I’m ready to give life.