An Alien in the Land of Sleep

Psychosis and State Repression When the NYPD started hunting down radicals in New York last winter, those caught in the whirlwind experienced a collective psychosis.

My Schizoidal Mind Heather doesn’t identify as Schizophrenic, although her medical records do classify her that way. Read her account of living within multiple realities. 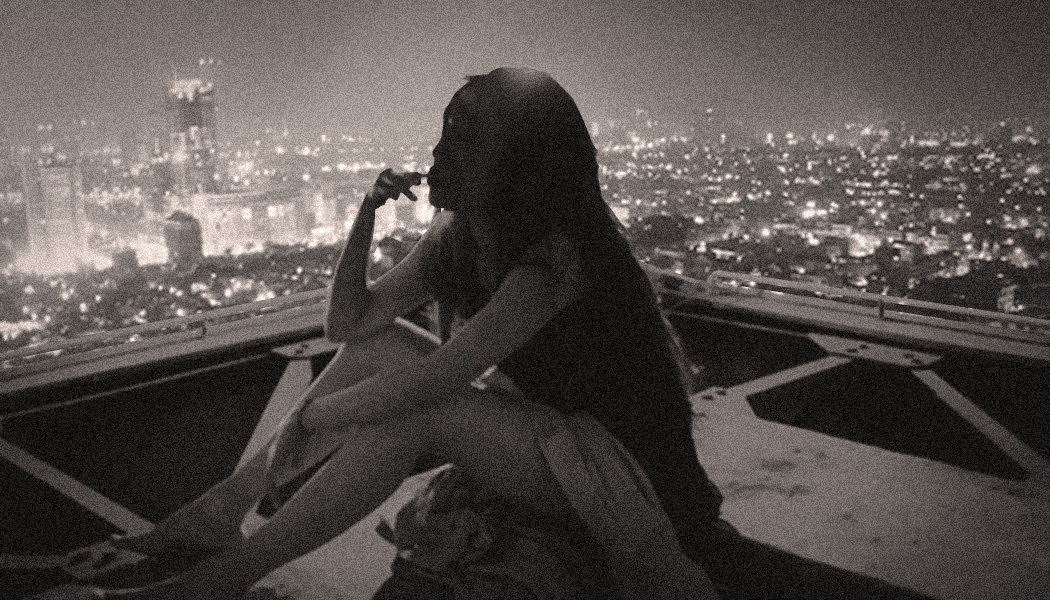 An Alien in the Land of Sleep

There is no magic cure for insomnia, but worrying less about sleep might help.

I wore my insomnia for a year like a mask. It clutched at my face keeping my eyelids at half-mast, my lips tense and prone to twitching, my skin grey and the texture of wood. I wandered through my daily existence as though wading through quicksand, my control over my limbs and physical reflexes minimal. I grew accustomed to people saying I looked tired, which was repeated so often I wanted to reply that this was just how I looked now, would look forever, for I did not imagine I would ever sleep again. The madness of insomnia is that you are not able to provide your body with one of its essential requirements.

Human bodies require a minimum number of hours of sleep every night; this is what we learn from childhood. As children, our sleep patterns are monitored by our caregivers, we experience set bedtimes, nightly routines, nightlights used as incentives or punishments and being hushed if we are making too much noise. The excitement of cheating sleep as a child is not often described as insomnia, children who stay up through the night reading with a flashlight under covers or whispering jokes to friends are just being kids. There is a big difference between willing sleep away and begging for it to come.

It is not always possible to pinpoint the exact cause of a long-term period of insomnia. In my case it was a chicken or the egg situation; did an undiagnosed case of anxiety lead to an ongoing insomnia or did the continuous cycle of restless nights filled with dark thoughts lead to a serious case of anxiety? I was told if I treated the anxiety I may find the insomnia would go away, or I may experience it for the rest of my life. Others are told they simply have insomnia, that there is no explanation and potentially no cure. Hearing that you may never sleep again for the rest of your life is guaranteed to increase your anxiety.

A lot of what the doctors told me led to anxiety and a feeling that “treatment” or “management” of my insomnia was near impossible. I was losing the ability to complete everyday tasks; I couldn’t read or write because I couldn’t focus, choosing what to buy from the supermarket usually ended in me going home empty handed. I found myself falling asleep at inconvenient moments, on the bus, during a lecture or at a faculty meeting. These snatched moments of sleep were a kind of torture, never enough to make up for the countless hours I had lost.

Sleep, or the lack of it, became a frequent conversation point, I wanted to unearth other people’s secrets, how they were able to sleep when I was not. A friend admitted she used an over the counter solution, a concentrated anti-histamine for minor sleep problems.  When I went to purchase it I was introduced to an entire shelf of over-the-counter sleep aids that suggested this problem was more widespread than I had imagined. The over-the-counter solution did nothing and I found myself in tears in the doctor’s office begging for anything that would help me sleep.

The first sleeping pills I was prescribed had little effect. It was a 10mg dosage of ambien. These pills are prescribed as a short-term solution only, the doctor went to great lengths to ensure this was understood. He suggested I take a night-on, night-off approach to them, so I could have one decent night’s sleep but not become reliant. The pills did not give me a decent night’s sleep. The issue I realized in hindsight was not that ambien is ineffective but that it becomes ineffective when your anxiety around sleep is so heightened that no prescription sleep aid will work. I was prescribed 30mg of a much stronger sleep inducer, which also failed to induce sleep. I panicked – a medication that farmers use to sedate sick horses was not able to give me more than two hours of fitful rest.

The thing about ongoing insomnia is it makes people desperate. There is light insomnia which people experience from time to time, a feeling in the morning that they didn’t have a good night’s rest. Then there’s long-term insomnia from which it feels there is no escape. Well-meaning friends told me to look on the bright side, that I had more time for creative projects, that I could spend my sleepless nights writing, reading and dreaming up ideas for performance. My year of insomnia was the least creative year of my life. The most I read were the stack of pamphlets on sleep hygiene the doctor had given me, lists of instructions on how to manage insomnia.

The instructions read like a list of rules, an authoritative voice informing me that everything I did was the reason why I couldn’t sleep. Caffeine, which I had been addicted to since I was a teenager, had to be cut. No alcohol, no cigarettes, no drugs of the non-prescription variety. Exercise was necessary but had to be conducted in the morning. No fluids at all in the hours before bed. No television or food in the bedroom, no reading in bed. The bedroom is supposed to be for sex and sleep only, even light stretching could disrupt the psychology surrounding assignment of space. During sleepless hours, it is recommended to leave the space allotted to sleep and pass the time performing a mundane activity in the living room, like reading the phonebook as one joyless doctor suggested.

I obeyed these instructions dutifully and down to the letter, not realizing at the time how much this attempted adherence to the rules was increasing my anxiety around sleep. I began to weigh up every action in terms of how it would affect my night’s sleep, criticizing and blaming myself for anything I did that might intensify my insomnia. The scent of a latte would induce a panic attack, as though just through the association with coffee I was dooming myself to a sleepless night.

The first time I felt my anxiety lessen was when a sleep psychologist told me to toss the rulebook away, as it was unnecessary. He recounted tales of his various patients to me, anonymously. He had told the bodybuilder doing 100 push-ups before bed was unwise but the bodybuilder was convinced they would tire him out and so he continued. He had recommended a night nurse try to ease herself off sleeping pills but she had become so reliant he had thrown up his hands in surrender. His approach was to let patients ease their own anxiety around sleep by simply not worrying about it. He said if I enjoyed coffee I should have some. If I felt like an alcoholic drink, I should go for it (in moderation, he was a doctor after all). He recommended staying in bed even if I was awake. He recommended masturbation. He also wrote me a prescription for melatonin, which no doctor had even spoken to me about previously.

I am not sure if it was the melatonin, or hearing a medical authority tell me to relax, or the idea that I could have back caffeine, alcohol, exercise at any hour, and movies in bed that had the greatest effect on my insomnia. It was probably a combination. I don’t know if I am a success story, but my insomnia is more sporadic and less disruptive now. I no longer panic over a night of lost sleep, I no longer count down the hours before bed. I am relieved to not feel like an alien in the land of sleep, where everyone around me bragged of naps and deep slumbers and recounted dreams and nightmares. I’m not cured, but I no longer feel like I need to be. After a particularly restless night a lover asked if I’d always had problems with sleep and I replied yes, but that it was no big deal.

There is no magic cure for insomnia. Nothing can guarantee sleep. Insomnia can come in waves, or it can be a long tunnel with only light at the end of it. Insomnia can lead to madness, and madness can induce insomnia. To be without sleep is to be without one of life’s fundamental necessities. If someone finds a way to relieve their suffering, whatever it is, I am only ever going to be intrigued or supportive. When someone’s health is at risk through lack of sleep, whether a solution is healthy or not seems irrelevant.