mask
The Make It Big Issue

An Honest Dollar: On Kleptomania

The Make It Big Issue

Interview: Former political hostage held in Iran on adjusting to “freedom”, and her renewed struggle against prisons. 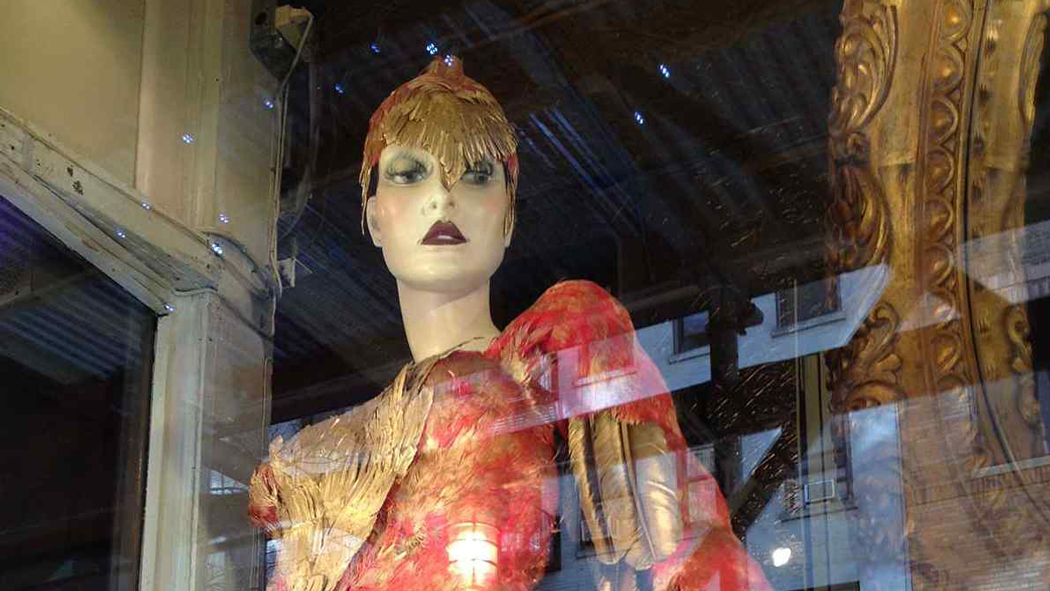 An Honest Dollar: On Kleptomania

I never called it stealing; it was “remedial compensation”.

At first, stealing from johns was a perk of the underworld cash economy. If I felt as though they hadn’t paid me enough I could swipe something extra. No need for collections agencies. The traveling johns were particularly simple to stunt. They stayed in hotels close to the hustler bars, often leaving on a flight the next morning. My favorite customers were the upstanding citizens ready to forget the night and return to their homes as if nothing had happened. Serial amnesiacs. For example, the executive director of a non-profit in Arkansas, who fell asleep after fucking me, ass to mouth. I didn’t have time to wait for him to wake up and tip me extra, nor did I have the gumption to rouse him, so I rummaged through his luggage. He didn’t have any cash, but I managed to extract a Ziploc of pharmaceuticals.

In the following weeks, traveling johns became targets. I began lifting watches, cologne, neckties, cufflinks, shoes, even underwear – anything. I’m not sure why I didn’t notice my aptitude for petty theft crystallizing into a habit; it may have been the analgesic cocktail I’d created from the executive director’s meds. I began stealing from convenience stores, bookshops, lost and found bins. Then, one night, one of my co-whores started going off about a $300 date he’d done the previous night. I must have been blindly jealous, because I stole his deodorant. He knew instantly. After our shift he led me into a corner of the bar and told me that he knew a couple thugs out North and that if I came back to the bar they’d pop me off. I laughed, saying “I don’t see why you’re sweatin’ over some cheap-ass deodorant if you so rich from last night, Kenny.” He bashed my head against the ATM. We were both ejected for the rest of the night.

I doubted that Kenny’s threat had validity to it, but I decided to take a break from hustling regardless. I got a “real” job doing room service in a luxury hotel. Two months in, I caught myself swiping a pair of wine goblets. Then came the bone china, rocks glasses, black linens, tea candles, demitasse spoons, porcelain ramekins, silk flowers, coffee cups, bath robes, bed sheets, cleaning supplies … At a certain point the bed and breakfast trinkets failed to provide a buzz, so I upped my game and started stealing liquor. Each night I’d weasel into the ice bar, take something from the top shelf, and toss it in a trash bin. Then I’d take the trash to the dumpsters – a regular duty of mine – and fish the liquor out after work.

One night, while diving for Gray Goose, I was spotted by a staff person. I ejected myself from the dumpster, legs first, clutching the bottle. As I began unzipping my backpack to stash it, I saw him. He was standing in the lamplight of the back alley smoking a cigarette. We locked eyes. He furled his brow. I scurried off, knowing he would snitch. That night, in an attempt to brush off my impending termination, I got especially hammered. The next morning I woke up in an attic somewhere on the Southside, splayed out in my underwear on a bare mattress. I was already fifteen minutes late for my shift at the hotel. When I walked in, a security guard escorted me to the office. He stood behind me while the general manager tapped her French nails on the desk and told me how disappointed she was in my behavior. I grinned, mentally running through the list of things I’d stolen, estimating the damage to be in the thousands.

I returned to the hustler bar. It wasn’t the first time they’d taken me back, but it was February and business was slow. I was desperate for cash. I had developed something of an alcohol habit, and with it an unexpected pooch in the belly that warded off the few johns I approached. I must have been registering a cry for attention on my face, because one night after work, I wandered into a pool hall and a handsome tattoo artist asked me if everything was alright. He bought me drinks and invited me to a party in Northeast. I wondered if he knew I was a prostitute, or if he’d care. I obliged regardless, basking in the novel sensation of romance I exploited in so many others. We cabbed out and upon arrival I sniffed out some Svedka. I drank as quickly as I could. Within half an hour I passed out in the bathroom. When I woke up my head was dangling off the edge of a bed in a dark, remodeled attic space. I was looking down at a rust colored shag rug when I tried to move my arms and slowly realized they were folded behind my back, cinched under somebody’s abdomen. I licked my teeth, pushing around flecks of orange pulp from the screwdrivers that had done me in. I had vomited at some point; the smell hung on my breath. When I came to I realized his dick was already inside me and that there were others in bed with us. Everyone was cooing. I panicked and fell off the side of the bed. The boys scooped me up and set me on a beanbag in the corner of the room. “He’s drunk,” they said, returning to the bed to fuck.

I woke up one hour before the sun rose. They were all spooning, snoring. My date had two twinks wrapped around him. I crawled through the shag to the edge of the bed. In the darkness their pants looked like rattlesnakes, coiled on the floor. I patted them down for wallets, finding $400 between them all. I took the money to K-Mart and stood in the pet food isle, weeping. What was this money going to buy? I wondered. A month’s rent. Something nice for my cat. No groceries. No booze. I could feel my phone vibrating in my pocket, a stream of hate-texts. I starved myself for a few weeks before I felt skinny enough to return to the hustler bar–a logic that, at the time, didn’t seem amiss to me. “Where’s Kenny?” I asked the bouncer. “Prison,” he said without ceremony. I nodded, passing through the doors, thinking about Kenny. The amount of effort he spent bashing my head against a cash machine seemed disproportionate to the item in question, an $8 can of Elite Deo. He knew something about principle that I had never really grasped. I noticed his bag was still in the closet. I unzipped it: 4 disposable enemas, some Magnums, several changes of clothes, a stale Hostess treat. Nothing worth stealing. I returned the bag to the closet and ascended the stairs to the bar, listening to the sound of feet on the floorboards above my head.