Interview: World Series of Poker Contestant Ricky Fohrenbach speaks to us about what it really takes to make a living on internet poker.

Laura Marie Marciano takes us back to the '92 Summer Olympics, a very painful time. 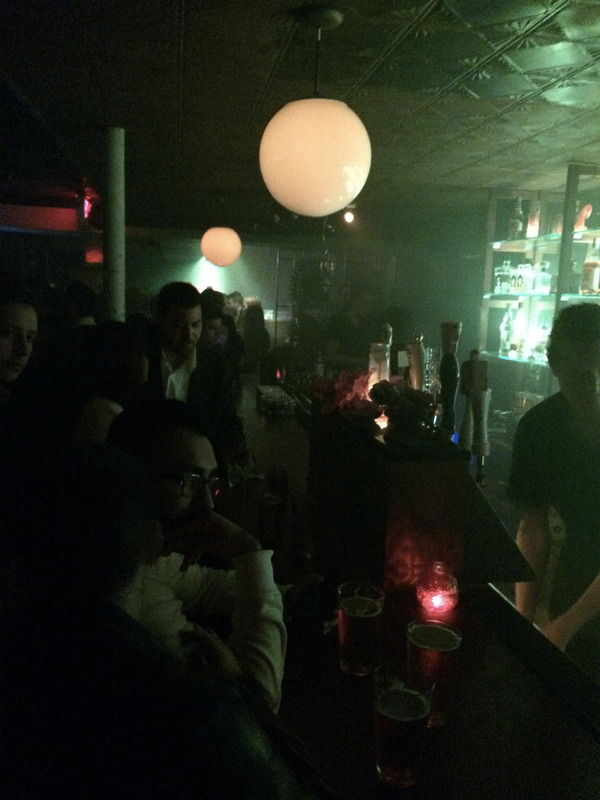 Blame Us for Trying

Precarious work, “normcore”, and what is instead of total destruction

I am creative. I am independent. I did well in school, but school was not the way I learn best. I am self-driven. I am productive. I finish what I start. I bring a unique approach. I have a personal blog that says ‘I design websites’, or, ‘I write good shit’, or ‘I am a casual eccentric.’ My twitter followers love me. I have done this before. I love new challenges. I love outside-the-box-solutions. I have a well-curated personal brand. I will speak these lies so long as I sit in this interview – I will say whatever I have to. ¶ Please see that my résumé omits the aspects of my person which are not interested in this job. I’m capable of being the clever, hardworking, and unconventional team player that you’ve been looking for. The new worker, ready to break down barriers in the name of The Next Big Thing.

In the years that have passed since we set up our Facebook profiles, how we work has shifted from a performance at the workplace to something you just are at all hours of the day.

Taking work seriously as an authentic aspiration was over. The boss didn’t care about our tattoos. The manager permitted our favorite Pandora stations as customers wandered around the store. Wanting the job we had – when we were able to track one down – was itself a treachery to our colleagues and friends. So we faked it. We barely managed to not completely fuck up freelance gigs. And one by one, all our friends joined us – we used to start collectives, or bands, or go on road trips … now we had business ideas.

We lived off of Etsy, or Craigslist, or Shopify, or a friend who needed a website, or tips, or the side-hustle. Or we got a job in a kitchen, or at the espresso machine, or posting flyers. We became experts at feigning passion for our work to make rent and fund the various nighttime things we did.

The conversations we had in bars and cafés began to sound like career counseling. We advised each other on job applications, how to find the right audience, how to build the brand. “Off the clock” was just another way to say “too drunk to talk about work right now.”

Our generation’s mainstream media are former punk zines that became conglomerates. Live tweeting riots from around the world. Run-and-gun video from the burning streets of wherever. Balaclavas and molotovs on every spread. The commissioners of culture are not dusty white men of theory – they are Ye and Jay and Bey, Wes Anderson and Spike Jonze. They all speak in unison: “fuck this.”

The rejection of the world is a mainstay, and rejection itself now appears insufferable and completely meaningless.

It’s an age of hyper-difference where the ‘most different’ look is the rejection of difference itself. To embrace sameness. K-Hole says that ‘acting basic’ is when: “Having mastered difference, the truly cool attempt to master sameness.” But like being indie anything, “acting basic” remains trapped in trying to be different.

Lately, the internet has been discussing “normcore”: the abandoning of difference in fashion in favor of constant adaptability. Choosing the freedom to be with anyone over the freedom to be someone. In a way, it is no longer interesting to pretend to be above the indignity of belonging. As K-Hole clarifies:

“Normcore moves away from a coolness that relies on difference to a post-authenticity coolness that opts in to sameness. [...] Normcore seeks the freedom that comes with non-exclusivity. It finds liberation in being nothing special, and realizes that adaptability leads to belonging.”

Normcore transcends the timeline and specificities of fashion, including “acting basic”. It embraces that trends come and go. That trends are always fixed to location and time. That consumer choices are always contradictory and inconsistent.

“But instead of appropriating an aestheticized version of the mainstream, it just cops to the situation at hand. To be truly Normcore, you need to understand that there’s no such thing as normal.”

Normcore is about happily embracing appropriation. It’s about not knowing the original meaning of anything. In this sense, normcore is the ultimate internalization of the virtual structure of capital. Like saying: we don’t need recognition in the everyday – we already get that from the efforts we put into the virtual economy. What we need while away from the keyboard is friendship, adventures, a good laugh, and a burger with cheese stuffed in.

The Paris-based collective artist Claire Fontaine declared revolt against reactionary tendencies within revolt itself. She used the term “human strike”. She believed that capitalism and patriarchy comprise a libidinal economy that has put everything to work – feelings, bodies, friendship, love, relationships. Given that capital expropriates everything about our being, she reasoned that it was time to revoke the utility of bodies and commit endless refusal.

This notion has seduced us for years. It still does, in some ways. We’ve wrestled with how to bring this perspective on our bodies and activities into our work with Mask Magazine. And yet, no matter how hard we try or how broad they appear to extend, our refusals are already caught up in this ‘libidinal economy’.

If anything, refusal serves as a vacation from work. At times, it even re-energizes us. A brief relief from the tragedy of rent being due. Like all vacations, refusal is, in part, the cost of doing business. Meanwhile, an entire generation pretends to be busy whenever the manager looks over. The reproduction of the economy occurs as much in this moment as any other. Our gestures of refusal are lost in limbo, like letters without addresses, destined to be sent out but thereafter merely and forever in circulation.

Years ago, we were smoking outside of a punk collective house.

In those days we discussed ‘possibility’ all the time, and this particular time was no different. We had been spending our time doing ‘possible’ things. Organizing, protesting, distributing literature, having weird-as-shit polyamorous relationships. Someone suggested that these activities were substitutes for the impossible things we ‘truly desired’ (I know, right?). It was true: none of us wanted the tedium of activism at all. What we wanted was to blow holes in the walls of prisons, to unlock grocery stores, to writhe in orgies by the hundreds, to disarm the police, to throw politicians into the back of vans and drive off of bridges into lakes. To be warlords or whatever. These were the impossible things for which our day-to-day activisms played surrogate.

This conversation may sound naïve and stupid now, but it represents an important moment in our lives. Once you realize that your desires are impossible, an obvious dilemma presents itself ... either:

In both cases, the distinction between activism and careerism becomes imperceptible. People who choose the first option … at least in the interesting circles … end up imprisoned, ruined, or killed. Those who sit in prison, or are ruined for life, or bleed out on the battlefield … they are our gladiators. They pay the ultimate price so that we will always have something to argue about at dinner parties, or share on Facebook.

The rest of us, like it or not, have made the second choice.

31 pictures of whatever that will restore your faith in humanity

We know that the individual career and struggle for fame is simply an iteration of the factory worker. Our lack of job security works in the bosses’ favor. The problem of next month’s rent, or personal brand, or our work-life balance consume us. The time to plan our next step in life is a luxury that we often can’t afford.

It’s a peculiar moment we live in. Billion-dollar companies want your crazy ideas, most especially when they are ‘disruptive’. We might think we are pulling one over, like the scams that got us this far, but make no mistake: we’re the ones who’ve been duped.

We launched last month with what the startup industry calls the Minimum Viable Product. It really was the least we could do, a fact we constantly utter into the mirror before going back to our desks. We have so many plans for this publication and ideas for the features of our software. We are forever grateful for the friends and early supporters who have given us a chance, who subscribe, who report bugs, who shout and share and like our shit, who decide to spend their time with us.

This month, we’ll be looking at stories about people and projects who, for whatever reason, are driven to try their hand at climbing onto culture’s stage – whether to seize the mic, pie the speaker, or be invited to the podium. These will be stories about success. Stories about failure. Stories about the state between where most of us find ourselves: taking on a ‘brand-of-self’ to sell our labor on the market.