A Metaphor for Life Patricio Manuel is a boxer and trans man of color who fights a lot more than opponents inside the ring.

Sharp as a razor. Drew Zeiba maps the struggles of hair removal and what comes undone with each sharp graze of metal on skin. 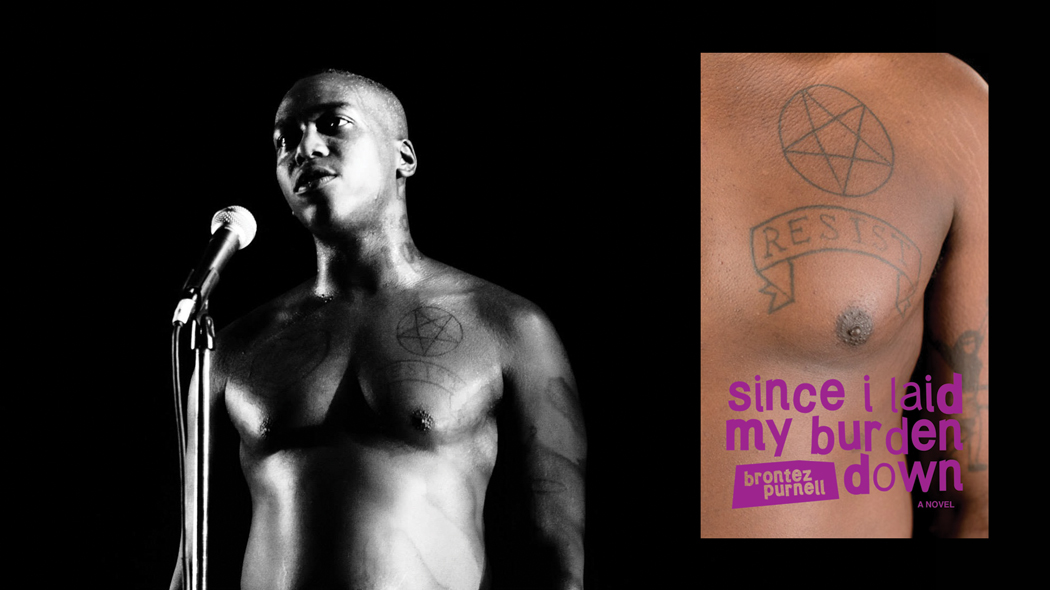 “An honest portrayal of a young man’s reconciliation with the past, possibly the next queer cult classic,” writes J.P. Tamang

When W.E.B. Du Bois reviewed Wallace Thurman’s first novel, The Blacker the Berry (1929), he lamented the author’s “self-despising” attitude and unwillingness to portray black folk in a ubiquitously positive light. Thurman – whose work explored the Harlem Renaissance’s implicit homophobia and bias towards light skinned blacks – was often excluded from Du Bois’ vision of a Talented Tenth, calling into question the criteria through which artists are rendered worthwhile. In consuming material that is deemed #LGBTQ, I have often felt the need for a punch in the face to remember what I was supposed to feel from a gay experience filtered through mainstream media production houses. Brontez Purnell’s Since I Laid My Burden Down (Feminist Press, 2017) has, for me, been that punch in the face. The book is a call to reexamine some of the Harlem Renaissance’s inquiries into the psychic life of racism and the conundrum of conveying the experience of modern black life. At the same time, Purnell queers these themes with a crass, vernacular style, a surreal handling of temporal-narrative form, and a genre bending collusion of fiction and memoir.

The unchecked homophobia of the past and present allows conceptualizations of the Harlem Renaissance that do not center the queerness of Langston Hughes, Ma Rainey, Countee Cullen, Claude McKay, Alain Locke, Richard Bruce Nugent, Angelina Weld Grimkè, Alice Dunbar-Nelson, and so many others. It is that same implicit bias that has shaped a contemporary gay literary landscape saturated with coming out narratives, stories of longing between perfect, white bodies, and saccharine accounts of familial reconciliation. SILMBD is an antidote to the rigamarole of gay lit. Its world, replete with queers as broken as the narrator, allows the reader to cruise the scummy, sexy underbelly of the contemporary Bay Area and rural Alabama. At the same time, it complicates stereotypes of the African American bildungsroman through constructing a protagonist who invokes the spirit of Nirvana and girl goth witchery alongside the Christological imagery of purification of a soul lost to sin.

At face value, this novel is a tale of homecoming and mourning. The middle-aged DeShawn must return to his backwoods roots to bury his uncle after spending several wild years in Oakland. As he encounters the artifacts of his troubled childhood he is immediately transported to a torrid, painful past where he relives harsh memories in flashbacks and nightmares. As he listens to the choir headmistress sing the spiritual he remembers from his baptism, the reader is plunged into the mind of DeShawn’s five-year-old self, precociously ruminating on how he doesn’t feel “as new as he thought he would.” Purnell foregrounds the entire novel with this kind of Proustian literary device in an attempt to destabilize any firm sense of temporal continuity. I’ve seen many authors attempt this stunt with varying success, but Purnell’s concise writing style allows the reader to concentrate on the content. The device of the mutable narrator appears in nearly every following chapter, replicating the temporal seizures characteristic of traumatic neuroses. In a bible supply shop, for example, DeShawn runs into a born-again Christian he used to fuck, pawing at a Jesus figurine. DeShawn describes the run-in as triggering a memory that chokes him, when suddenly the reader is transported to a past where the Jesus-freak has his fingers wrapped around DeShawn’s neck. To this effect, in SILMBD, memories have you, not the other way around. DeShawn often wakes on the kitchen floor from a drunken stupor, only to be seized again by the recollection of death, abuse, and its boggling interplay with sexual pleasure. What emerges by the end of the novel is not a simple tale of homecoming, but a a dysphoric collage that mimics the messiness of the events it describes.

The death of the lover is the most prominent motif of the story. In the prologue the reader is immediately introduced to the headstone of DeShawn’s first, tween “boyfriend,” Jatius McClansey, before being teleported to the apartment where DeShawn is cleaning up the “old clothes, new needles, crack pipes, Lorca poetry and books by Bukowski” that become the glyphs of a love lost to suicide in Oakland. Throughout his journey, DeShawn clings to detachment as a tool to reconcile the fact that Jatius molested him before killing himself. Even the penultimate suicide story, that of his father, is told with Purnell’s characteristic ennui and vacant desire. This lends nicely to the author’s strongest asset as a writer: his dry one-liners. For example: “Sven was Swedish and charming in the same way an Ikea Appliance was charming: a cute, lightweight, energy-efficient, and very replaceable piece of Euro bullshit.” If the reader seeks a drawn out sensory experience of peoples and places, this is not the book. His style is a punchy morse code of “fuck,” “shit,” and “cock.” When we look past the cacophony of the style, what is left in relief is dramatic irony. As DeShawn returns home, he discovers Jatius’ brother has been living for years as a gay raver twink, cruising for dick in the Alabama fruit loop. His adult revenge, to fuck the brother of his molester, is at once satisfying and a tragic continuation of his compulsive sexual response to trauma.

Purnell borrows much from post-war Southern literature, a genre often noted for its use of modernist narration devices and frankness about the body, death, and sex. The plot of SILMBD, for one, is essentially an analog of Flannery O’Connor’s The Violent Bear It Away (1960), a tale of a teenager leaving home for the naughtier metropolis, only to be drawn back to his backwoods roots to reconcile the death of his uncle. Purnell also utilizes the grotesque style O’Connor and her contemporaries popularized, in describing ancillary characters. In SILMBD, preachers embezzle from the church, court women, and get “so gnarly” with their bible thumping that they hack loogies in a holy fever; drunk trans women literally hang from the trees in rapture; church-goers toss their babies into the back pews as they become seized by the holy spirit; and Satanist children try to raise celebrities from the dead. Thematically, at at the center of Purnell’s work, and post-war Southern lit, is an investment in examining the way the past creates the present. Purnell’s enigmatic apothegm “Dead lovers never go away,” is thus a queerer echo of the most quoted phrase from William Faulkner’s Requiem for a Nun, “The past is never dead. It’s not even past.”

The book is a never careful, never courteous, but incredibly honest portrayal of a young man’s reconciliation with the past, one that could easily become the next queer cult classic. Purnell offers the queer canon an opportunity to turn away from moralistic portrayals of white men as purely perpetrators of discrimination and black men as one-dimensional victims of systemic violence. By the end of SILMBD, even Purnell’s childhood molester, Jatius McClansey is boiled down to the items in a box of affects Mrs. McClansey gives to DeShawn: “a paper with his handprint he made in kindergarten, a Tupac shirt, a class ring, and a picture from ninth grade homecoming.” Purnell allows the items in the box to be mysterious symbols of a tortured soul, a residue of loss, just as he allows all the characters in the book to be both good and evil. By the end of the novel, the reader is left with the sensation that no narrative can, or should, be wrapped in a bow and spoon fed. SILMBD isn’t a B-Rated gay Netflix special; it’s a scrutinous portrayal of a life both animated and dismantled by desire and retribution.